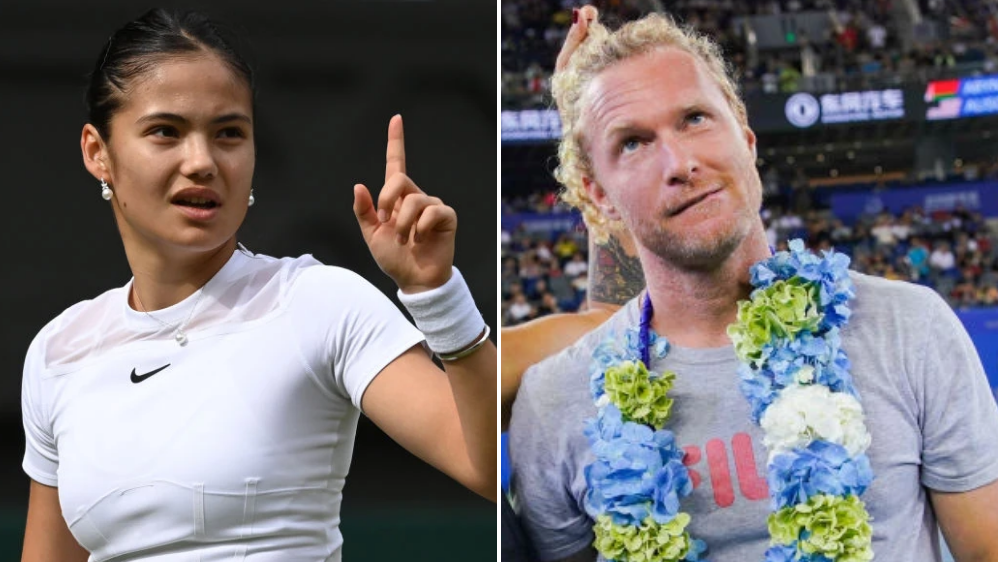 Emma Raducanu is set to team up with Russian coach Dmitry Tursunov ahead of her US Open title defence.

The 19-year-old British No.1 heads to Flushing Meadows 12 months on from her history-making triumph in New York as she won her debut Grand Slam and will link up with Tursunov when she returns to action at the Citi Open next week.

In 2021, Raducanu became the first qualifier to reach and win a major final and Britain’s first female Grand Slam champion since 1977, jumping from world No.150 to No.23 and was crowned the BBC’s Sports Personality of the Year.

She now finds herself at world No.10 despite a second-round Wimbledon exit to Caroline Garcia last month, with no ranking points at this year’s Championships.

Raducanu has struggled with form and injury ever since her unlikely US Open victory and she has not reached a final on the WTA Tour since.

She has chopped and changed her coaches after Andrew Richardson helped her win Flushing Meadows, with Jeremy Bates stepping in for Indian Wells last year. Prior to the US Open she worked with Nigel Sears, Andy Murray’s father-in-law.

Raducanu announced her next coach – German Torben Beltz, who helped Angelique Kerber reach world No.1 – shortly after her final WTA Tour event of 2021 at the Linz Open in November, but they split after just five months.

The Lawn Tennis Association (LTA) then stepped in to help support her, with Louis Cayer acting as a consultant and she was later aided by Iain Bates and Jane O’Donoghue as she continued her search for a new permanent coach.

She worked with American Raymond Sarmiento ahead of this year’s French Open and will now link up with 39-year-old Russian Tursunov. If their initial spell together goes well, he will likely succeed Beltz as her new permanent coach.

The Moscow-born coach has most recently been working with Anett Kontaveit, helping the Estonian reach the WTA top five and also previously coached Belarusian world No.6 Aryna Sabalenka.

As a player, Tursunov helped Russia win the Davis Cup in 2006 and he won seven titles on the ATP Tour, with his highest world ranking coming at No.20.

Tursunov is known to be a character and practical joker while his coaching style is said to be forthright.

‘Sometimes I enjoy acting like an idiot, but I really know what I’m talking about and I’m passionate about it,’ he said in a recent interview with tennis.com.