Emma Raducanu is optimistic of competing in Rome next week despite struggling with a back injury as she bowed out of the Madrid Open following a three-set defeat against Anhelina Kalinina.

Raducanu was out of sorts and outmuscled in an opening set that lasted just 35 minutes, after which she briefly left the court for a medical timeout having clutched her back on a couple of occasions.

Amazingly, she seemed rejuvenated thereafter and took advantage of Kalinina’s levels dipping to force a decider, only for the unseeded Ukrainian to prevail 6-2 2-6 6-4 in two hours and 19 minutes.

Raducanu will now wait to discover whether there are any lingering issues with her back before deciding whether to travel to the Italian Open, but she is hopeful about her condition. 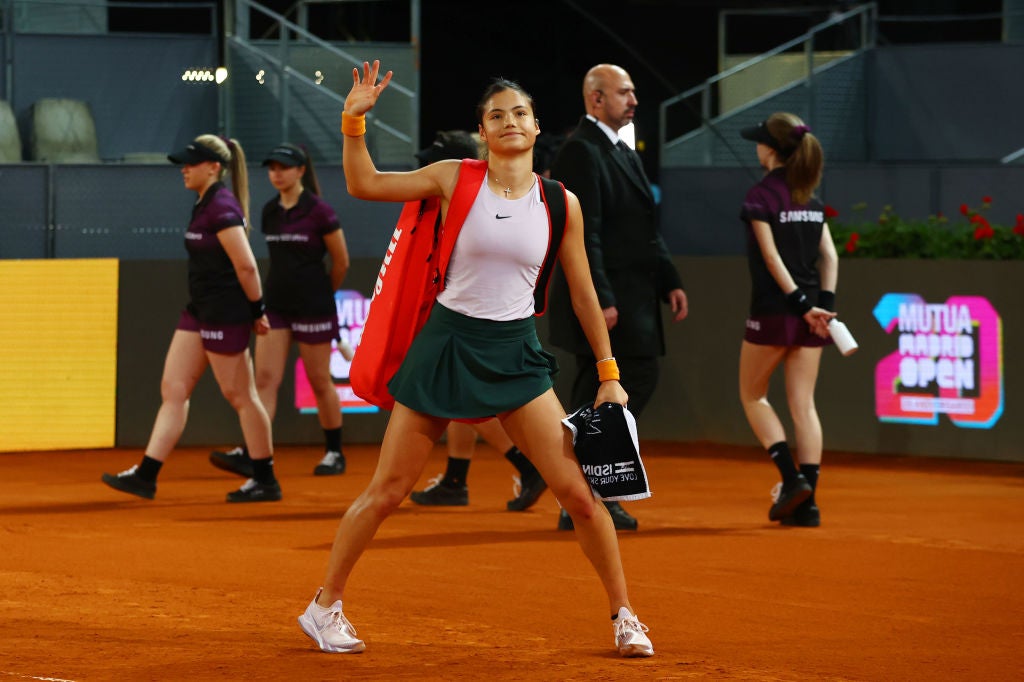 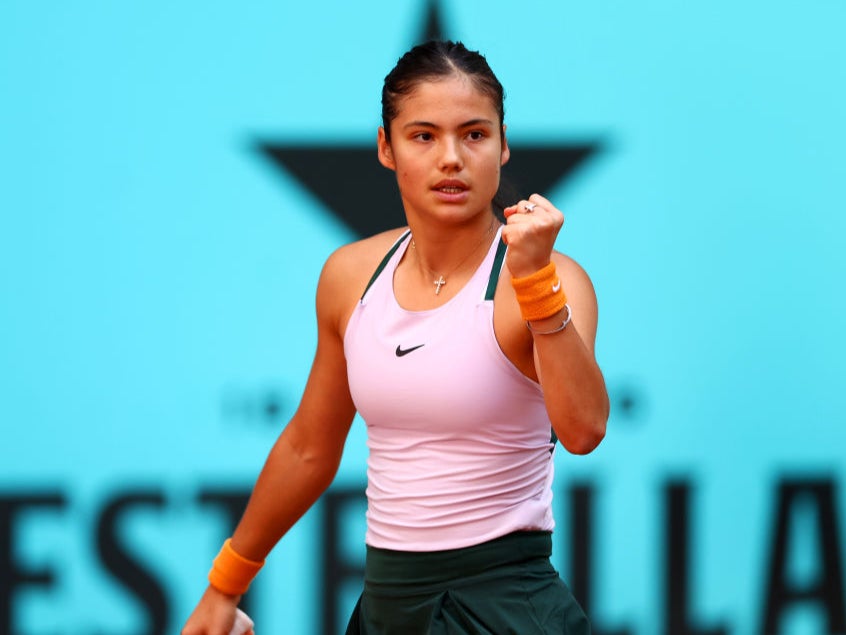 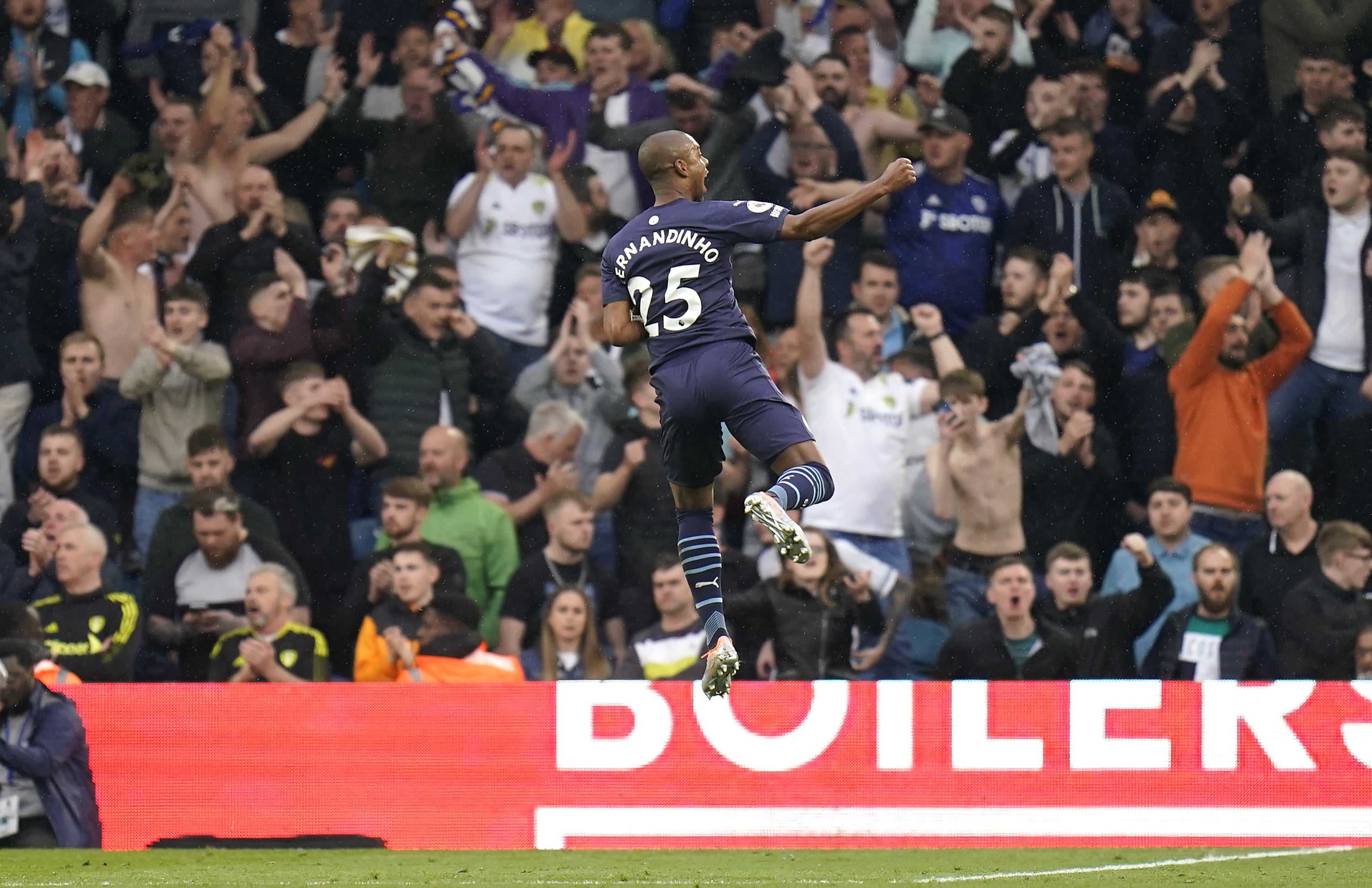 “I was kind of struggling a bit with my back, to be honest,” Raducanu said. “Throughout the week I have been carrying some niggles, and it’s kind of just taking its toll.

“I’m not sure what I will do yet, whether I will go home yet or straight to Rome. The plan right now is to still go to Rome.

“I’m not sure when I start. Maybe Monday or Tuesday. I hope it’s enough time because it would be a real shame to miss it.

“I’m feeling pretty positive. A lot of the time with me it’s just overload and then two or three days’ complete rest and I’m OK to start training again.” 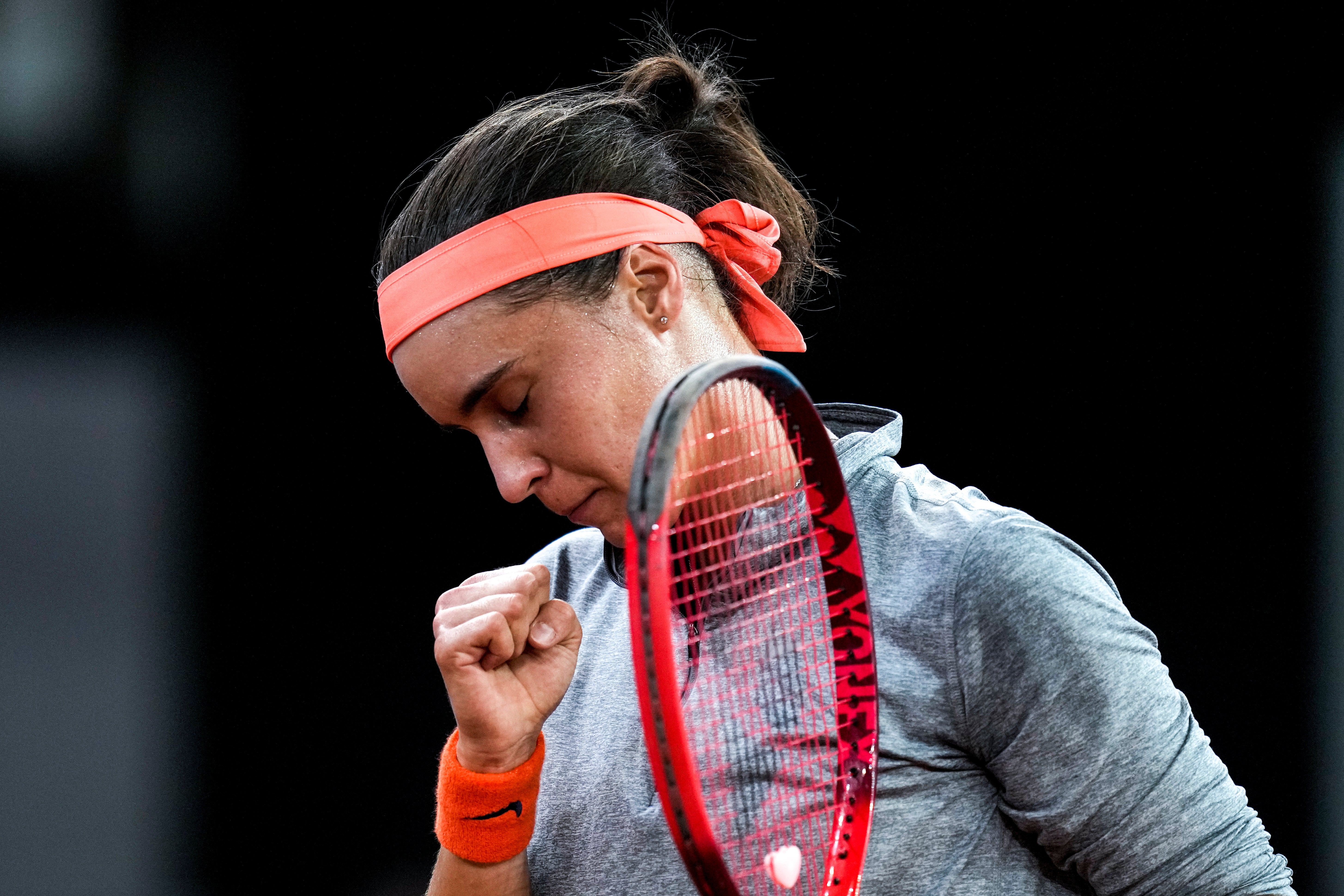 While Raducanu has been nursing some minor issues in the Spanish capital, where she was seeded ninth, the US Open champion believes there are positives to take from the last few days.

Raducanu, who only made her first senior appearance on clay last month, was especially heartened by her dogged fightback on Tuesday evening even if it was in a losing cause.

She said: “I feel like I’m going through this and my body is building with each match I play. That was a great two-and-a-half-hour training session, that’s going to build towards me physically developing.

“I’m pretty happy with the progress I have made over the last few weeks and I think I have definitely done something to build on and keep building.

“I feel like my mentality and my outlook to how I’m approaching things right now is a lot better.”

An epic spanning well in excess of two hours – including a gruelling 63-minute final set – did not seem to be on the cards when a listless Raducanu was broken to love in her opening service game.

Reflecting on the treatment she received that followed, Raducanu said: “I don’t know what magic they worked, but I had a numb back for the second and third set so I couldn’t feel anything.”

There was little doubting Kalinina’s levels dropped in the second set but Raducanu ruthlessly took advantage to level the third-round match with the momentum seemingly on her side. 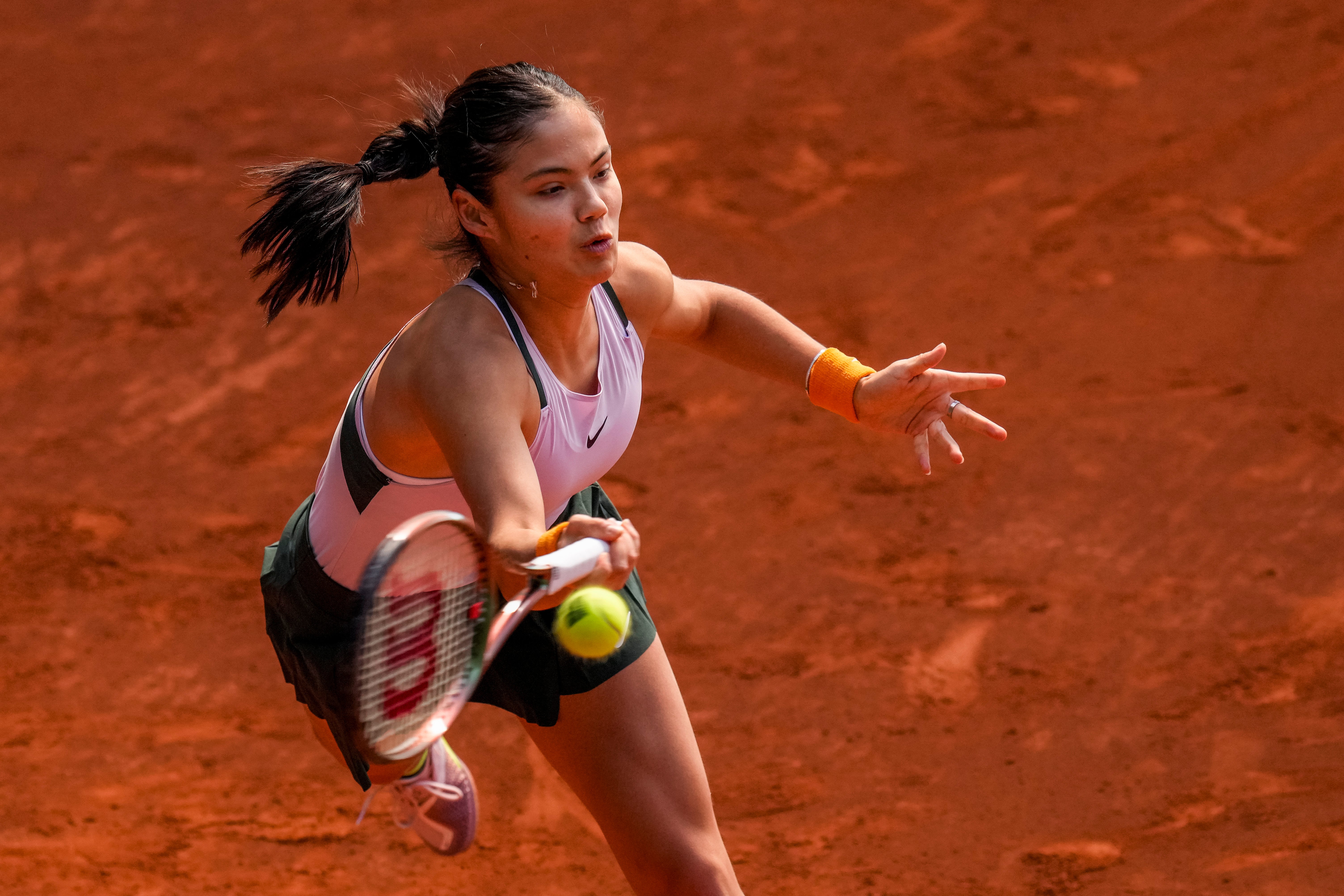 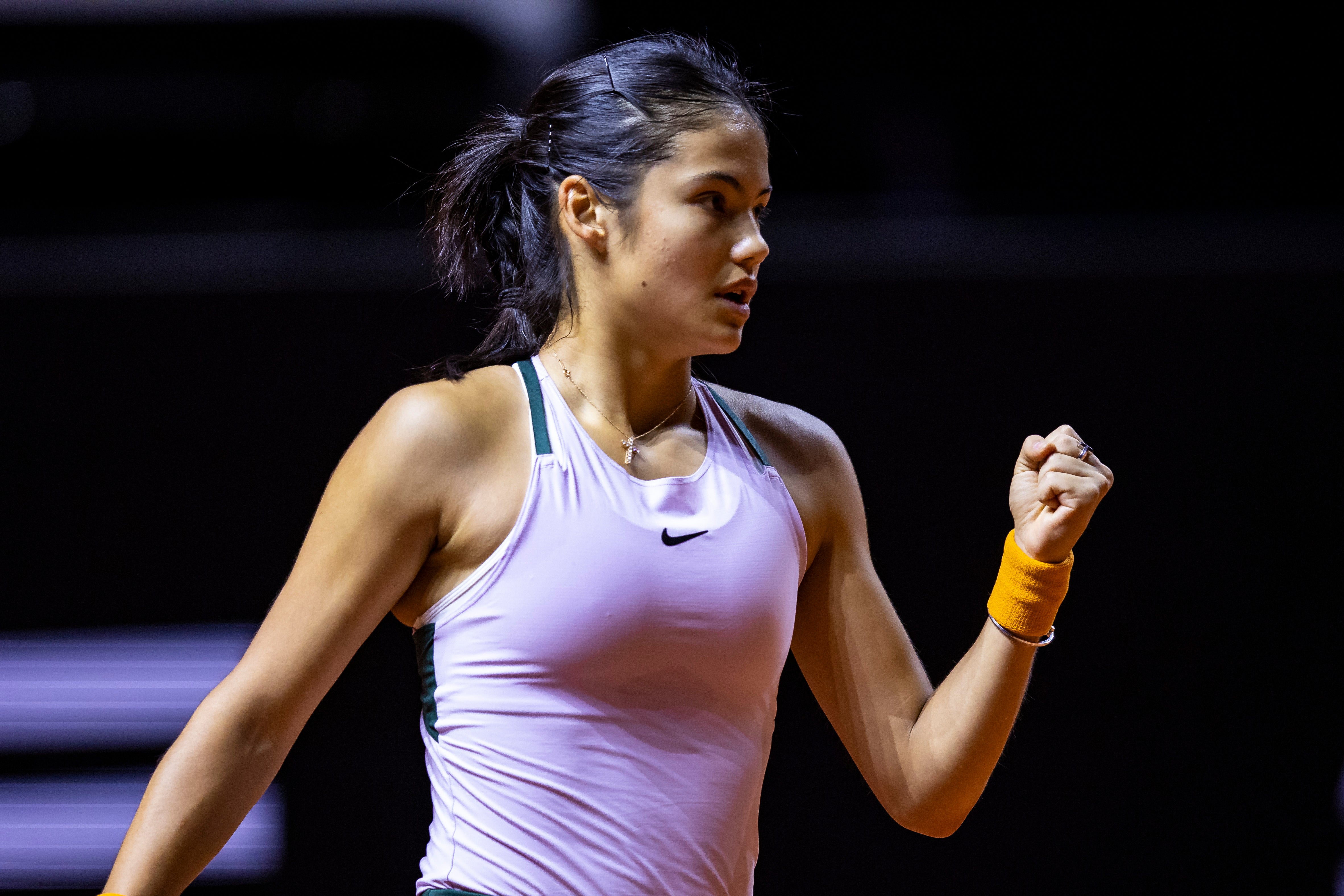 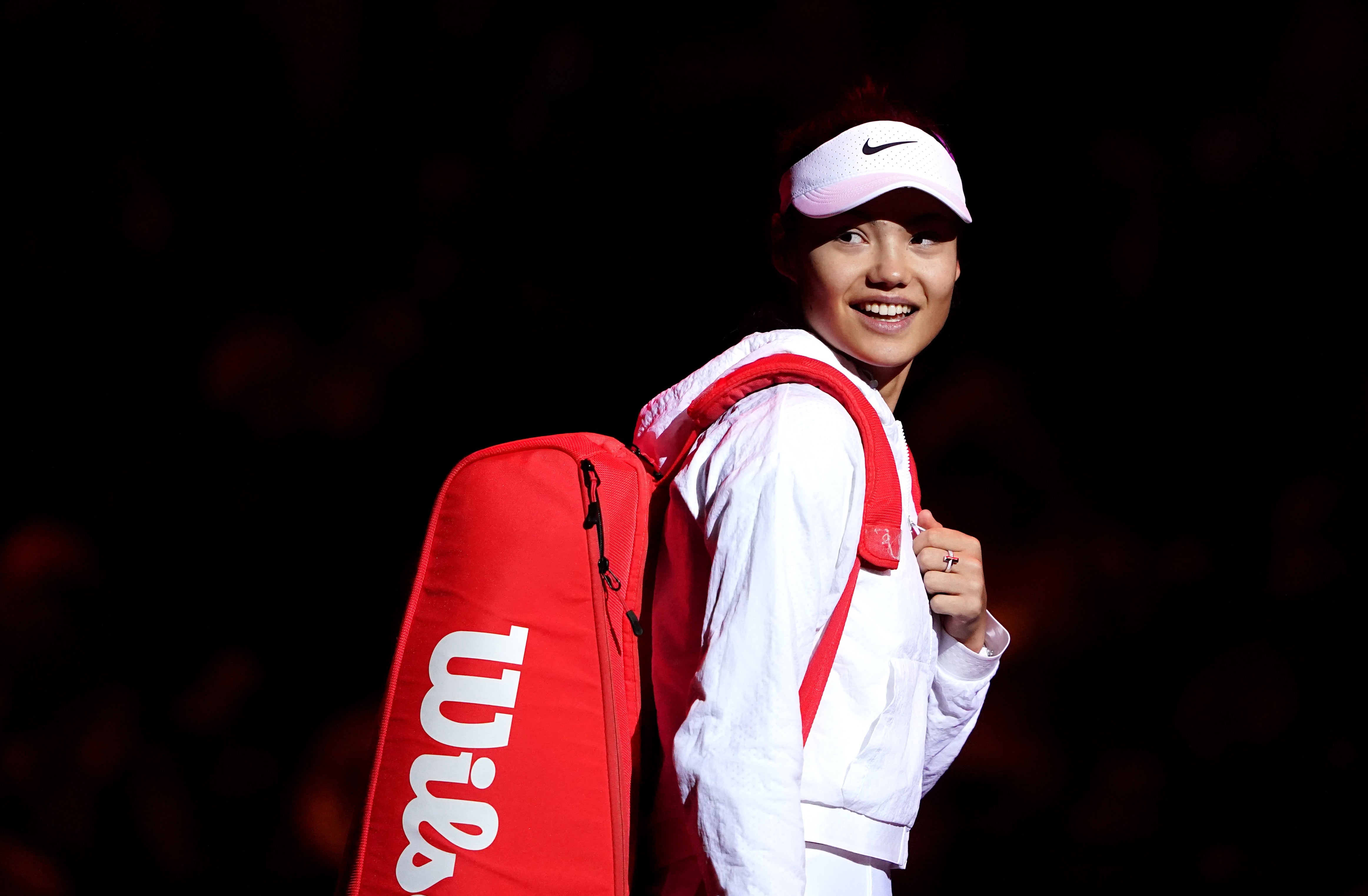 Kalinina found her range again but this time Raducanu refused to buckle and they traded ferocious blows, with the world number 11 battling back from 3-1 to reel off three games in a row.

But as both players seemed to fatigue, Kalinina produced a sublime acute backhand that proved just out of reach to get the decisive break before sealing victory in the next game when Raducanu volleyed wide.