British tennis sensation Emma Raducanu has revealed her latest coach is helping her embrace a mentality where she is less hard on herself. The 19-year-old controversially hired Russian coach Dmitry Tursunov last week as she ramps up her preparation ahead of her US Open title defence.

Raducanu enlisted the coaching talents of former top-20 ATP player Tursunov on a trial period before the North American hard court season and her Flushing Meadows Grand Slam title defence. The hiring has led to significant criticism amid the continued Russian invasion of Ukraine.

Tursunov has enjoyed notable success in his short coaching career. In his first big name pairing with Aryna Sabalenka in 2018, he guided the Belarusian from a world ranking of 45 to nine before they split at the end of the following year.

Raducanu ensured she utilised her new coach’s teachings as she battled through to win in the opening round at the Citi Open in Washington. The second seed defeated Louisa Chirico in the round of 32 before topping Camila Osorio 7-6 (7-5) 7-6 (7-4) to clinch a place in the quarter-finals. 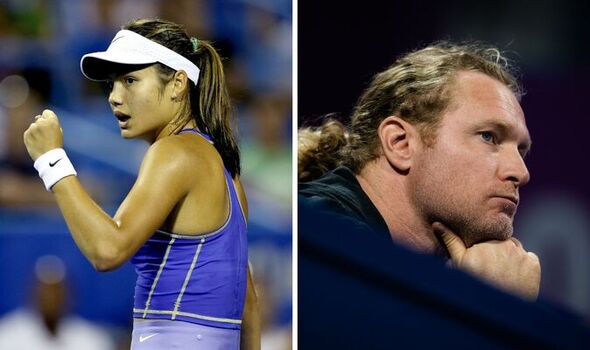 When asked about her new coaching partnership, Raducanu said: “He definitely has a good sense of humour, and he’s definitely trying to make me take things easier on myself. I put a lot of emphasis on everything I do, and I want to do it the best of my abilities all the time.

“You know, he’s just slowly trying to shift me towards, If it’s not perfect, it’s okay. Like, If you shank one, it’s okay. Just these sorts of things, and being more accepting of that.

“Yeah, it definitely helped I think in today’s match, because things weren’t perfect. I wasn’t playing amazing tennis, but I was accepting and I just, you know, fought through to the end.” 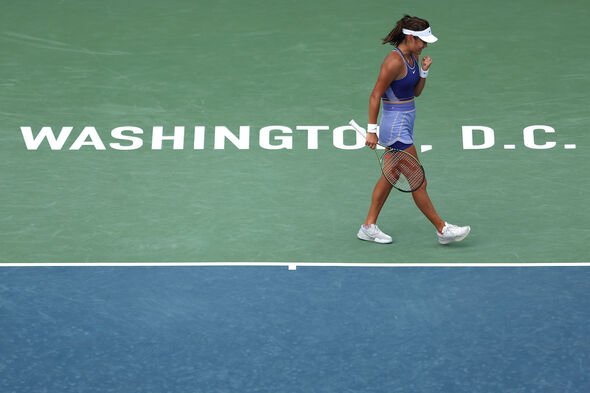 Raducanu is set to face LIudmilla Samsonova in the last eight at the CitiOpen tonight. The Russian defeated fifth seed Elise Mertens in the round of 32 before needing three sets to overcome Ajla Tomljanovic, who defeated Raducanu at Wimbledon in 2021.

Raducanu will be trying to defend her remarkable 2021 crown at this year’s US Open which carries 2,000 world ranking points. The Brit overcame the odds to win the Flushing Meadows event – just her second Grand Slam appearance – without dropping a set at just 18 years of age, becoming the first qualifier to win a major title with her 6-4 6-3 win over fellow teenager Leylah Fernandez in the final.

She also became the first British woman to win a Grand Slam singles title since Virginia Wade triumphed at Wimbledon back in 1977. The 2022 US Open main draw begins on Monday August 29 and runs for two weeks in New York.