BREAKING NEWS: Dominic Thiem WITHDRAWS from the Australian Open with 2020 runner-up working towards regaining full fitness after suffering wrist injury in the summer

Dominic Thiem has pulled out of next month’s Australian Open to work towards regaining full fitness after a long-standing wrist injury, the former world No 3 said on Tuesday.

The 28-year-old Austrian, who has not played since suffering the injury at the Mallorca Open in June, was unable to defend his US Open title this year.

He had earlier withdrawn from the team-based ATP Cup, which starts on Saturday in Sydney, and other warm-up events ahead of the hardcourt major at Melbourne Park. 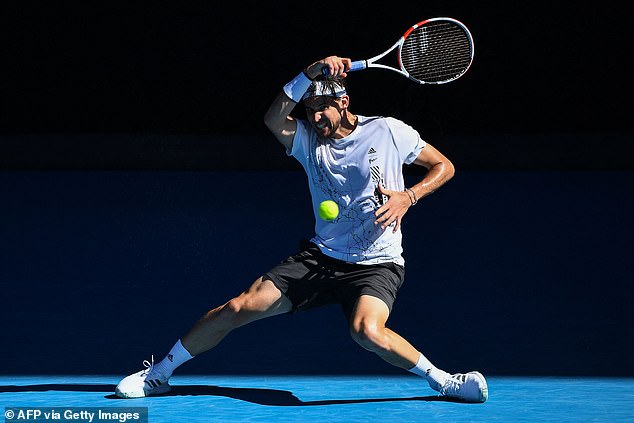 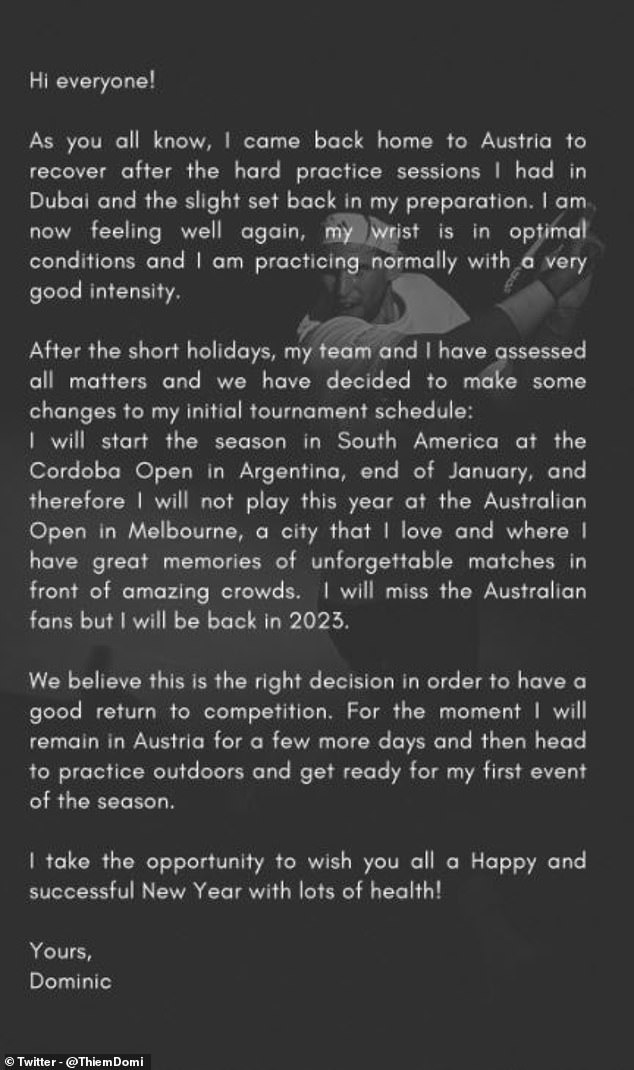 The 28-year-old Austrian, who has slipped to 15th in the world rankings, wrote this on Twitter

‘I am now feeling well again, my wrist is in optimal condition and I am practicing normally with a very good intensity,’ Thiem said on Twitter.

‘After the short holidays, my team and I have assessed all matters and we have decided to make some changes to my initial tournament schedule.’

Thiem, who has slipped to 15th in the rankings, reached the final at Melbourne Park last year before winning his maiden major title at Flushing Meadows. 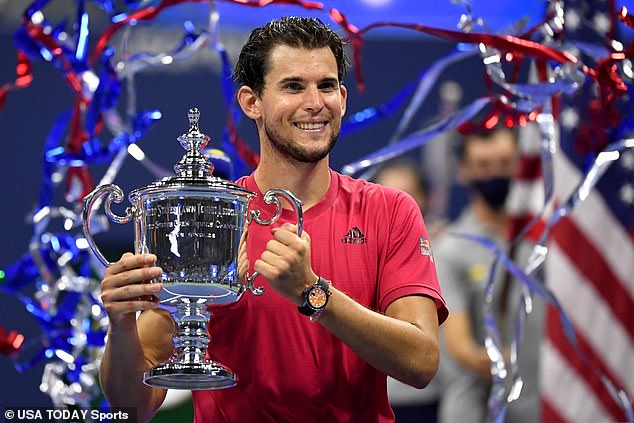 He opted against playing five-set matches on his return to competition at the Australian Open, deciding to start his 2022 season in South America at the Cordoba Open in Argentina at the end of January.

‘We believe this is the right decision in order to have a good return to competition. For the moment I will remain in Austria for a few more days and then head to practice outdoors and get ready for my first event of the season.’

Thiem became the latest top player to pull out of the Grand Slam due to injury after Roger Federer, Milos Raonic, Jennifer Brady, Karolina Pliskova, Serena Williams and Bianca Andreescu.