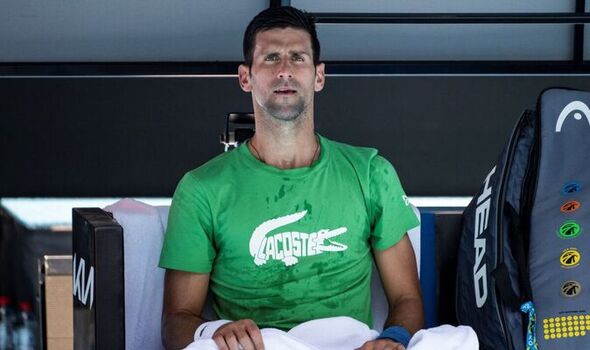 Australia’s Federal Opposition Leader has stated that he hopes Novak Djokovic “regrets some elements of his conduct” as the Serb prepares to return to the country after having his three-year ban overturned. The world No 8 will be able to compete at the 2023 Australian Open after being deported at the start of the year following issues over his unvaccinated status.

Djokovic finally received the news he had been waiting for on Tuesday morning as it was reported that the Australian government had made the decision to overturn his three-year ban on entering the country in time for him to compete at the Australian Open in two months’ time. The nine-time champion Down Under made headlines when he had his visa cancelled twice at the start of this year before being deported – an action which carries an automatic three-year ban.

But he has now been given the green light to return with his ban lifted by the current federal government, after a new party came into power during this year’s election which meant those who decided to deport Djokovic were no longer making the decisions. But the leader of the Federal Opposition has now spoken out after it was confirmed the 35-year-old would be welcomed back to Australia.

Peter Dutton admitted that he thought the 90-time title winner should regret some aspects of how things played out at the start of this year but agreed that Djokovic deserved to return in January.  “I think it’s appropriate that Novak’s invited here,” he told Sky News Australia.

“We’re going to have a great Australian Open. It’s always a great sporting event for Melbourne, for our country.” While he still disagreed with some aspects of Djokovic’s conduct, he thought the country was in a good position post-Covid to allow the world No 8 to return.

Dutton continued: “I suspect that in hindsight I hope that Mr Djokovic has some regret about some elements of his conduct and the rest. But the fact is that we’re a couple of years down the track now and it will be good to see him playing great tennis here in Australia.”

Djokovic is yet to comment on the government’s decision to overturn his ban, but as late as Monday night in Turin he told reporters that he was still waiting to find out a final verdict while his lawyers were in contact with Australian officials.

“No, nothing official yet. We are waiting,” he said after defeating Stefanos Tsitsipas at the ATP Finals during Monday’s night session. “They are communicating with the government of Australia. That’s all I can tell you for now.”