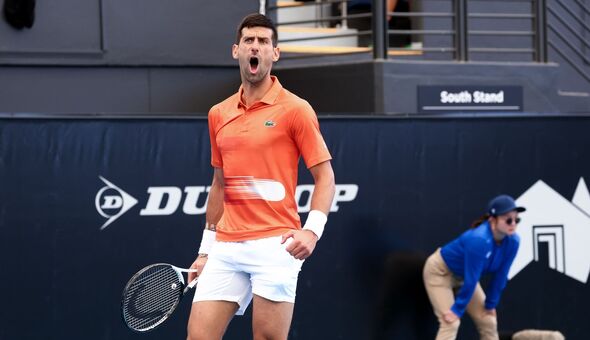 Novak Djokovic was full of praise for opponent Quentin Halys after the Serbian had to weather an early storm before coming through his last 16 match at the Adelaide Open. Djokovic prevailed 7-6 7-6, setting up a quarter final tie with Denis Shapovalov on Friday.

The world No.7 is playing his final warm-up event before his return to the Australian Open this month, following the volatile visa saga which saw him deported a day before the 2022 tournament began. And a potential upset seemed on the cards as he trailed trailed 5-2 in the first set following an intense start by Halys.

But it was then that Djokovic upped the ante, breaking to love as the world No.64 served for the set. And the subsequent tie-break was one sided, with Djokovic taking it 7-3 to seize the initiative.

Djokovic, 35, has been well received down under despite the controversies of a year ago. Initially, he was handed a three year visa ban from the country, but in November that was overturned by Australia’s immigration minister Andrew Giles.

And he’ll be gunning for a 10th Open title when things get underway at Albert Park on January 16. The star had won the title in three consecutive years before 2022, where in his absence, Rafa Nadal prevailed.