Alex de Minaur insists he’s ready for what’s next after shifting up a gear to motor into the Australian Open second week and set up a potential fourth-round blockbuster with nine-times champion Novak Djokovic.

De Minaur dominated Benjamin Bonzi from the get-go and raced to a 7-6 (7-0) 6-2 6-1 victory after breaking the Frenchman’s resistance in a first-set tiebreaker.

Dazzling the Rod Laver Arena crowd with his speed and energy, Australia’s 22nd seed broke Bonzi seven times throughout the two-hour, eight-minute mismatch to set the stage for a likely Monday night showdown with Djokovic. 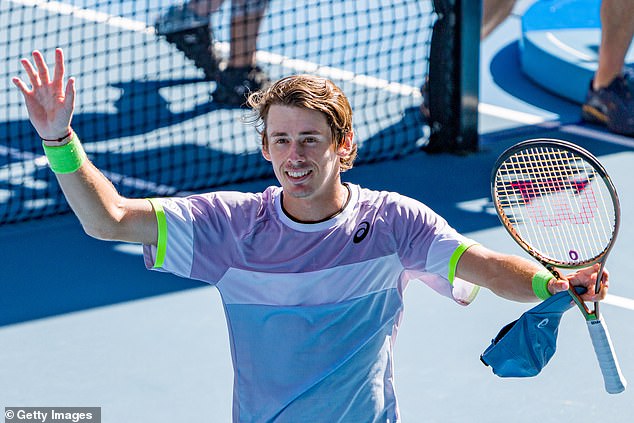 The Serbian superstar will play Grigor Dimitrov later on Saturday night, a hot favourite to claim a 37th consecutive win in Australia since his last defeat against Hyeon Chung in the third round of the 2018 Open.

After easing to a four-set second-round win over Adrian Mannarino, de Minaur looked a man on a mission against Bonzi.

He hammered 33 winners, fashioned a total of 22 break points and closed out his final service game to love with his seventh and eighth aces in a clinical display. 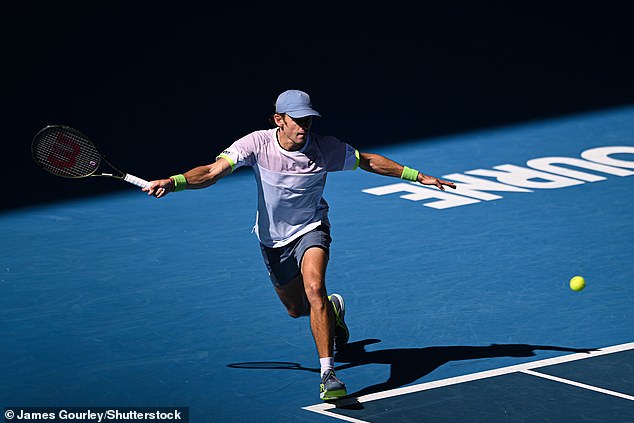 ‘Ultimately, if you want to go deep, and you want to really take it to the best players in the world, that’s the game plan.

‘I mean, you’ve got to step it up. It’s no secret that against the best in the world you can’t just put the ball in the court and wait for them to miss because that’s just not going to happen.’

De Minaur and Djokovic have yet to clash but, should their showstopper materialise at Melbourne Park, the home hope will be brimming with belief after beating dethroned champion Rafael Nadal for the first time at the season-opening United Cup in Sydney.

‘These are the matches you want to be playing,’ de Minaur said. 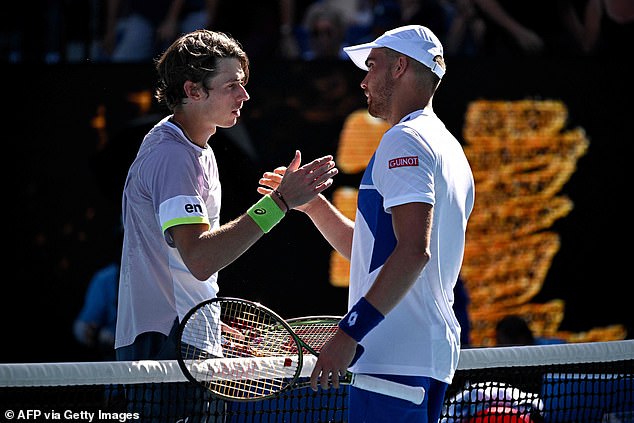 ‘You don’t want a walkover into the final of a slam. You want to be playing the best in the world.

‘That’s what I’ve got. I’m going to probably have the best in the world in front of me – and I’m ready for the battle.

De Minaur holds a 2-1 head-to-head lead over Dimitrov, including a last-start win over the Bulgarian in Toronto in August, but also knows what a dangerous proposition the former world No.3 can be.

‘Grigor, he’s up there with one of the most talented players on tour,’ he said.

‘If I play Grigor, I’ve got to know that he’s going to play some incredible tennis. I’ve just got to be very tough mentally and just try to stick to my game, try to be as solid as I can and take any little opportunity I can get.’