Dan Evans reveals Roy Keane helped him at the Australian Open, as he watched an interview with the football legend during a FOUR-HOUR break due to sweltering conditions – before taking victory to reach the second round

For Dan Evans the perfect way to relax during a four-hour suspension for extreme heat was to watch a lengthy feature interview with Roy Keane.

It clearly did the trick because, having cooled down from the sweltering temperatures which saw players pulled from the courts for their own safety, he went marching into the second round of the Australian Open.

Evans went into the break leading Facundo Bagnis of Argentina two sets to one, and came back out to complete a 6-4 4-6 6-4 6-4 victory. 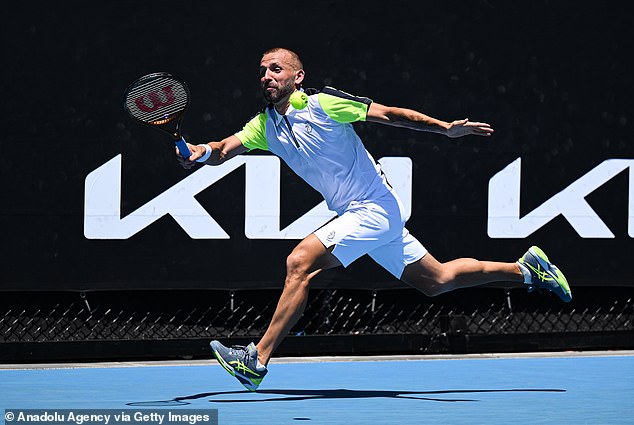 Overshadowed, not for the first time, by Andy Murray, it was a highly creditable performance – all the more so because he hates wearing any protective headwear.

‘I’m pretty good in the heat, it doesn’t bother me,’ he said. ‘ I have just never worn a hat and I have never liked wearing one. Doesn’t feel comfortable, big ears I guess. Once the wind stopped it was horrible out there.

‘I actually watched Roy Keane on that (Tommy) Tiernan show from Ireland. I’m always looking on YouTube and stuff. I had wanted to watch it.’ 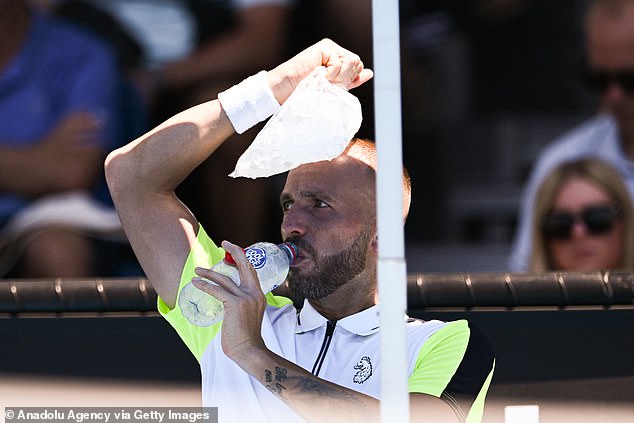 As he seeks his first run deep into a Grand Slam Evans now faces Jeremy Chardy, the Frenchman who thought his career had been ended by taking the Covid vaccination.

Chardy, based in London, has become well known in some circles as an extremely fit athlete who suffered an adverse reaction to having the jab.

So much so that he was unable to train for more than six months. Also having had knee problems, this is his first tournament at the highest level since the 2021 US Open. 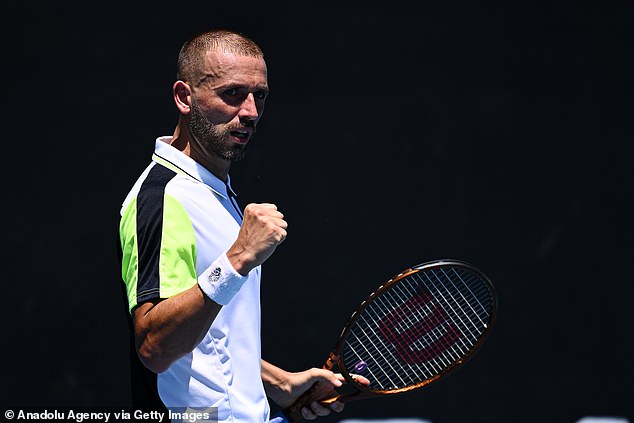 He was delighted to have got past Colombian Daniel Galan in four sets: ‘I’m just happy to play tennis again, it was one year that was really difficult for me. I didn’t know if I would be able to come back on court, so just to be in Melbourne – I cannot ask more than that,’ said Chardy.

Evans is nonetheless expecting an awkward test: ‘ Obviously he’s had a tough time, but I played him before and it’s been a tough match actually. I’m not sure what the weather is like but hopefully it’s a bit cooler.’

Cam Norrie was due to play today in the second round against another Frenchman, Constant Lestienne.