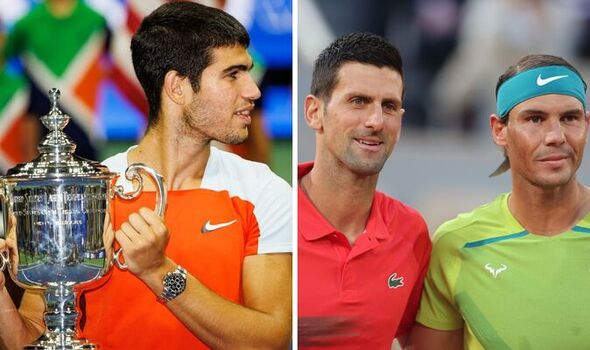 Casper Ruud has compared Carlos Alcaraz to Novak Djokovic and Rafael Nadal after losing to the 19-year-old in the US Open final. The new world No 2 explained how the Big Three had changed the modern game of tennis and admitted that Alcaraz was eclipsing them with his ability to possess all their traits and do things “never seen before”.

Ruud and Alcaraz faced off in the championship match of the US Open with both a maiden Grand Slam title and the world No 1 ranking on the line. It was the first time in ATP history that a Major final would also determine a brand new No 1, and the Spaniard was able to tick off both milestones at once after winning 6-4 2-6 7-6(1) 6-3.

He became the youngest man ever to reach No 1 and the first teenager to lift a Grand Slam trophy since Nadal 17 years ago, and Ruud has now admitted that he believes Alcaraz could begin to eclipse Nadal and his rivals Djokovic and Roger Federer, with the 19-year-old becoming a “hard nut to crack”.

Speaking about his US Open conqueror, the 23-year-old said: It’s like when someone asks about a player’s biggest weapon, for instance, you tend to think forehand, backhand, serve, whatever it is. But sort of his movement is one of his many weapons, of course. It makes us other players feel like you need to paint the lines sort of to be able to hit a winner. Sometimes even that’s not enough.” 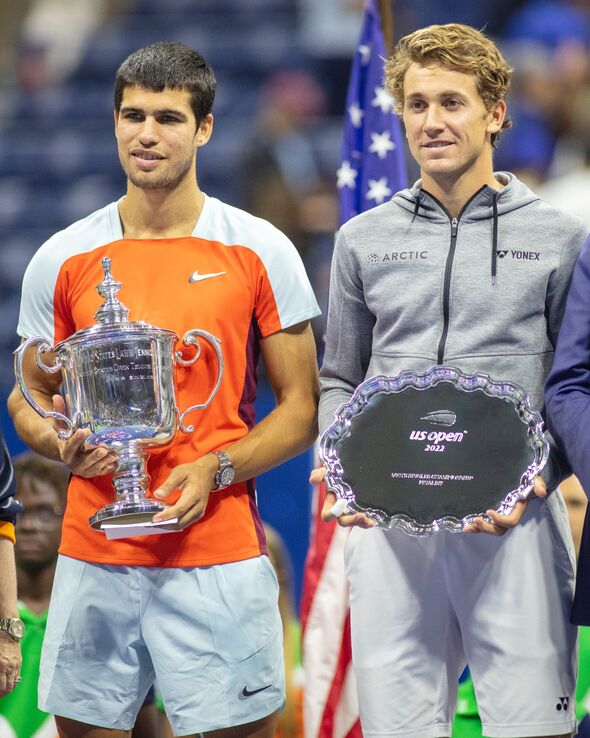 And the Norwegian thought Alcaraz’s natural ability helped him do unprecedented things on the tennis court, adding: “He’s very fast. He’s very quick. He’s a great mover. He can get to balls that we’ve probably never seen before.” Ruud also thought that Djokovic, Nadal and Federer had a big impact on how important movement had become in the game but hinted that Alcaraz had taken it to another level.

“But you have other great movers, as well,” the French Open and US Open runner-up said. “I mean, this game has become so physically demanding, and all the players in the top of the world, they do the right things to improve always.

“Speed, agility of the players I think are just improving, improving. The physical aspect has been not changed but it has improved by everyone. I think Novak, and Rafa and also Federer, I think they kind of set the bar on how well you can move out there.” 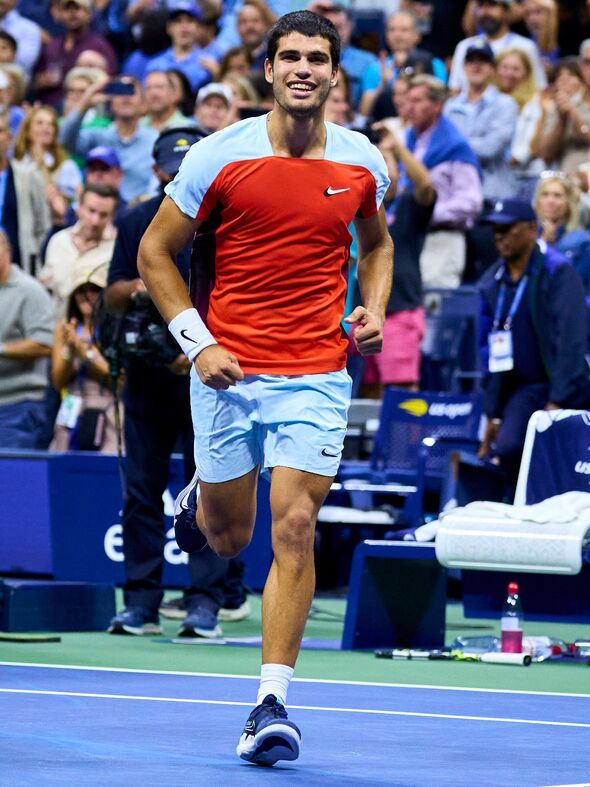 And Ruud went a step further, comparing a young Djokovic and Nadal to Alcaraz. “Rafa, when he was Carlos’ age, he was also similar. He tracked down everything. Almost no one could hit a winner on him,” he said.

“Novak the same with his flexibility. He gets to certain shots that you think, How is that even possible? Carlos has sort of a mixture of both. He’s fast, flexible. He can slide around. It’s impressive. Yeah, he’s a hard nut to crack.”