Andy Murray suffered a surprise setback ahead of Wimbledon as he lost to American Denis Kudla in the semi-finals of the Surbiton Trophy.

Murray’s All England preparations were brought to an abrupt halt as Kudla recovered from a shaky start to win a two hour 33 minute mini-marathon 5-7, 7-6 (4), 6-3 and knock-out the tournament’s top seed.

Kudla, seeded NO.7, said afterwards: ‘That was probably the biggest win of my career and on grass too. It is unbelievable. 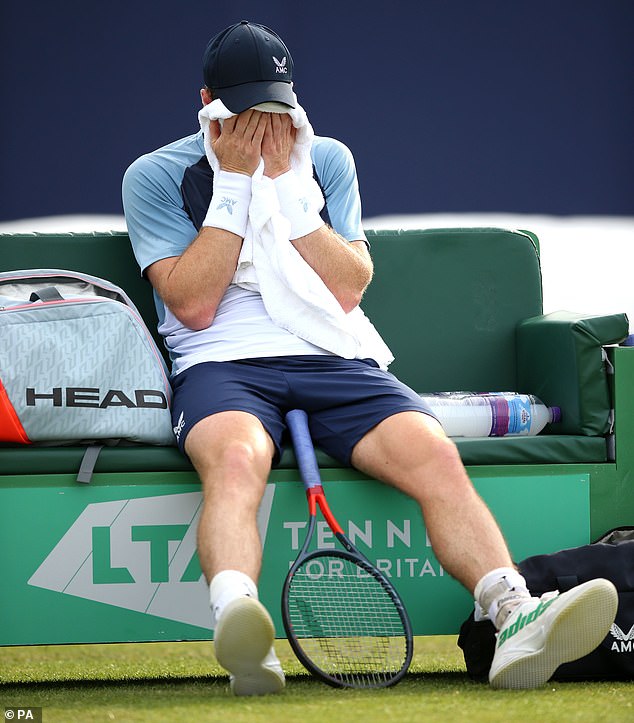 ‘The conditions were tough and super windy, but there is something about playing in England and on grass that puts me at ease. I got some inspiration out there. The crowd was so fair and friendly too.’

Murray showed flashes of his brilliant best and no signs of physical discomfort from his famed metal hip. Stamina and match fitness did look an issue, however, as he faded badly in the final set after so little competitive tennis in recent weeks.

The two-time Wimbledon champion and former British and world NO.1 was competing at the ATP challenger level event for the first time in 18 years in a bid to improve his form and strength ahead of Wimbledon at the end of the month.

The Scot, 35, skipped the French Open to protect his body for the grass court season. He was tested in every aspect of his game and strength in severely windy conditions against an experienced opponent on this surface.

Murray is now expected to play in Stuttgart this week for more grass court competition with the benefit of four matches under his belt from his exertions in south west London. 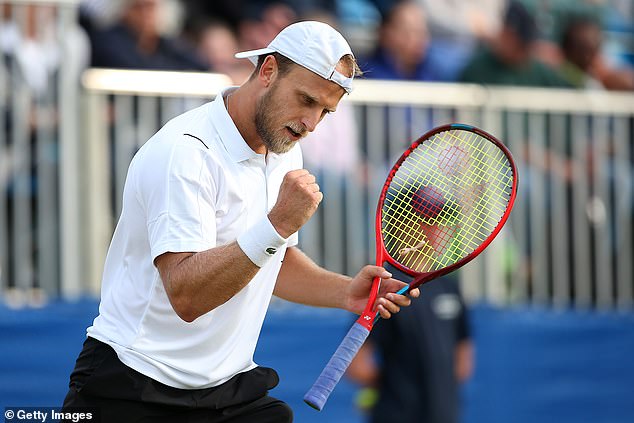 Kudla, 29, was born in Kyiv, Ukraine, before his family moved to America on his first birthday. He achieved a previous best fourth round appearance at Wimbledon seven years ago and ran Novak Djokovic close in a feisty third round encounter last year.

Murray could have broken back into the world’s top 60 if he had won the tournament outright and was ultimately run ragged by the the world NO.78.

Murray started superbly and had points to lead the first 4-0 before Kudla battled back to level at 4-4. The tournament’s top seed then produced his full repertoire of grass court shots, from his booming serve to deft back hand drop shots, to see out the set 7-5 with some exhibition tennis.

Kudla showed his grass court pedigree again in the second set as he forced Murray to a tense tie-break, which he won 7-4.

This suburban London setting, best known for classic Seventies sitcom The Good Life, has rarely known such excitement. A Platinum Jubilee Union Jack featuring an image of the Queen’s face in the middle billowed atop a makeshift flag pole near the Surbiton Centre Court. 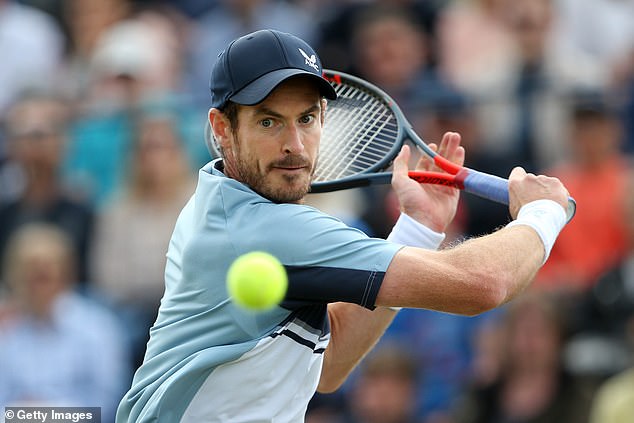 And although Knight of the realm Murray is a supporter of Independence for Scotland he did his bit for tennis and country by giving the locals value for money in a match that was no party for him.

Murray struggled to find the shots to unsettle his opponent as the match reached a climax and doubled-faulted to gift the American three break points at 2-3. Kudla took his chance at the second attempt to lead 4-2 with the crucial break.

He then held his nerve and his serve to blast a forehand cross court winner to claim the victory on the first of three match points.