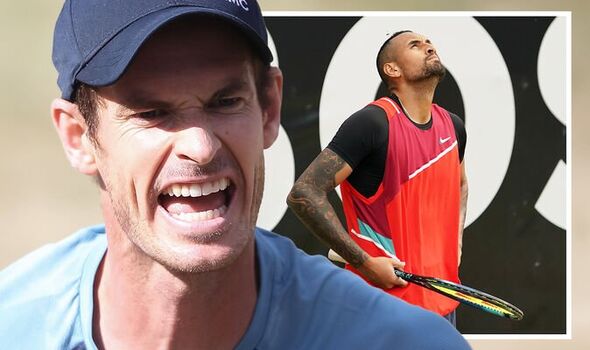 Andy Murray showed he will be a contender at Wimbledon by stunning top seed Stefanos Tsitispas at the Stuttgart Open on Friday. And the former world No 1’s best result for six years gives a big boost to his chances of being seeded at SW19.

The Scot beat the Greek 7-6 6-3 for his first victory over a top-five player since beating Novak Djokovic at the 2016 ATP Finals. The three-time Grand Slam winner has undergone two hip surgeries since.

He will next face Australian Nick Kyrgios in the Stuttgart semi-finals on Saturday as he seeks his first title since 2019 – and first on grass since Wimbledon 2016. Victory against Kyrgios would further underline his credentials heading into Wimbledon.

“I thought I did well,” Murray said. “He served unbelievably well in the first set and I had very few chances when I was returning.

“But when he was creating opportunities on my serve I stayed strong. I played a really solid tiebreak and in the second set. Once I was in the rallies I felt like I was dictating a lot of the points so it was a good performance.”

Murray is currently the world No 68 but will break back into the world’s top 50 if he wins his semi-final. He is also playing the cinch Championships at Queen’s Club. With Russians and Belarusians banned, he probably needs to get into the world’s top 38 to be seeded at Wimbledon.

This is the first time the Scot has won three matches at an ATP Tour event since Sydney in January. The double Wimbledon champion said: “I don’t want to say I was the smarter player, but maybe this surface suits my style.

“Stefanos plays well on all surfaces but this works really nicely for my game and I’m able to use my strengths better.” Wimbledon finalist Matteo Berrettini beat fellow Italian Lorenzo Sonego 3-6, 6-3, 6-4 to set up a semi with local favourite Oscar Otte on the other half of the draw.

World No 1 Iga Swiatek, who won her 35th consecutive match in the French Open final, has pulled out of the WTA tournament in Berlin next week to rest her shoulder for Wimbledon.