Andy Murray could barely walk, as the exertions of two marathon matches and over 10 hours on court were written across his face and in every stiff, painful movement. As Roberto Bautista Agut raced to a 6-1 opening set in 29 minutes there seemed to be a simple answer to the question of how much else Murray had to give, after the 35-year-old came through the longest match of his career and finished at 4am against Thanasi Kokkinakis in the second round.

It turned out it was only the start of the third act of Murray’s stunning exploits at the Australian Open, even though it would be a final one. The odds were always going to be stacked against Murray but an exhausted body and mind, drained further by a lack of sleep, somehow fought on with whatever strength remained. As his aching joints loosened, during the points if not in between them, Murray battled to win an 87-minute second set after coming from 6-4 down in the tiebreak to spark hope of another unbelievable recovery.

But as Bautista Agut responded to defeat Murray in four fiercely compelling sets, it proved to be his final act of resistance at this Australian Open. It took an exhausted Murray into over 14 hours on court this week and in the end, it was time, rather than age, that caught up with the three-time grand slam champion. He still managed to hold the Margaret Court crowd in his spell as he threatened his latest miracle escape act, but a performance of staggering grit and determination was this time followed by crushing disappointment.

It is therefore the same result as at the Australian Open four years ago, when Bautista Agut defeated Murray in five sets in what seemed to be his retirement match. “If this was my last match, it was an amazing way to end,” Murray said then. Instead, he has returned to Melbourne Park and delivered matches that will rank among some of the greatest of his career, and while doing so with a metal hip. Against Bautista Agut he admirably hobbled and shuffled on – the heart remained but physically there was nothing left to give.

As he did in 2019, Bautista Agut had to withstand several uncomfortable moments against the relentless Murray in order to progress to the fourth round, as well as the crowd. Murray had played his part in ramping up the pressure after stirring the home fans into a frenzy. He received a standing ovation after winning the second set and, even by his standards, some of the points the 35-year-old was winning defied belief, with scooped retrievals and blocks setting the platform for driven forehands past the Spaniard. 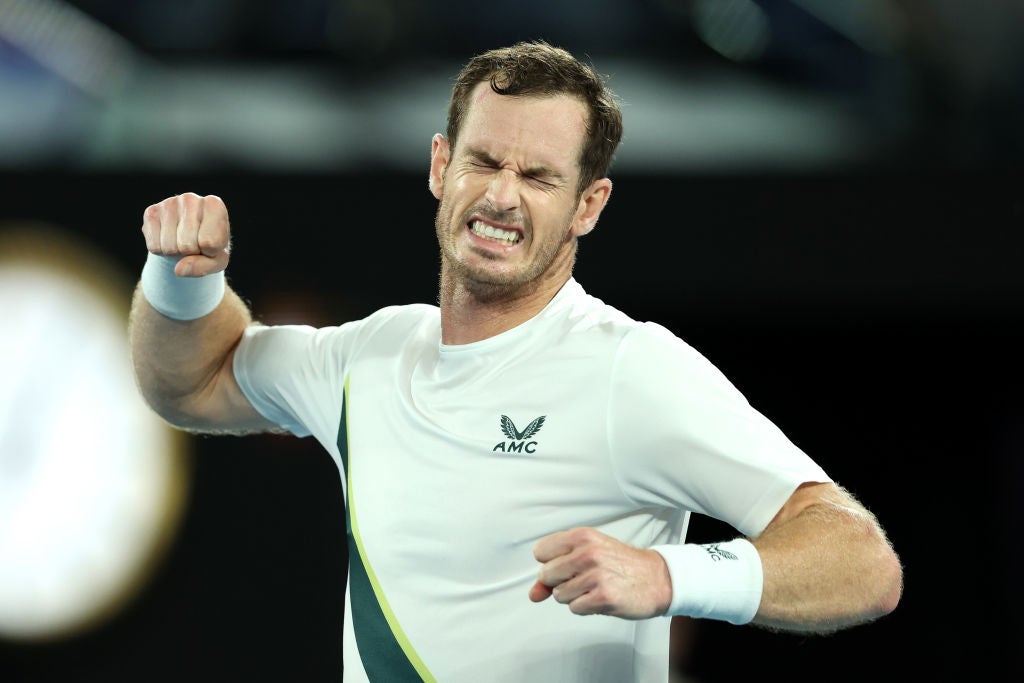 But Bautista Agut, a resilient and committed player in his own right, tightened his game in the crucial moments in the third and fourth sets. Murray went early break up in the fourth as Bautista Agut’s forehand creaked but the Spaniard eventually ground Murray down with patient hitting from the baseline and a couple of fine lobs. Murray, as if stretching too far, slumped forward when his groundstrokes found the net and there were long spells where he could not impact Bautista Agut’s serve. Frustratingly for Murray, Bautista Agut also gave very little away when it really mattered.

For Murray to even reach that point was extraordinary enough given his condition at the start of the match. As he struggled to limp around the court, Bautista Agut played a sensible game in the circumstances and looked to probe the extent of Murray’s movement from the back of the court.

With precise, scuttling steps the Spaniard was a mirror image of Murray and set an ominous tone. A one-sided opening set continued into the second. Murray snarled at what he was unable to reach and howled at his box as a double fault saw Bautista Agut take an opening break. Murray was unable to attack the Bautistia Agut service game and as the Spaniard won 17 points in a row on his serve, it seemed there was no way back.

Murray, though, so often just needs a spark to get going and as he saved break point at 2-4 he found one by stopping Bautista Agut’s run on serve. He produced a lovely backhand down the line to get a look at 0-30, roared on by the crowd, and the Spaniard cracked with a double fault. Murray took the break to love but was then faced with another break point at 5-5, only to steer another backhand winner past Bautista Agut. Lifted by the crowd, Murray’s movement was suddenly surer, belief in his body stronger.

It led to a second-set tie-break and an escape that was as remarkable as any he had managed to produce against Kokkinakis and Matteo Berrettini. In a high-quality duel, Murray won high-pressure points when trailing Bautista Agut but was unable to prevent the Spaniard from getting two set points. He saved the first by prevailing on a 22-shot rally, the second with a delicious angled volley. At 6-6 he played a stunning drop shot before putting away the volley. Bautista Agut saved the first but in the red-hot atmosphere of the Melbourne night put consecutive shots into the net.

There would be no comeback, but the crackle of anticipation spoke of the magic of what Murray has been able to achieve with his run in Melbourne. Murray’s story over the past week has reinvigorated the imagination of the British public but also captured the attention of a much wider audience. If his place in history and standing among the greats was already secured at home, it was a sign of how his legend had grown further elsewhere. There was gratitude at the end, in another parallel to 2019, but also a different feeling of respect for the player he still is. Murray, though, had just run out of time.