Carlos Alcaraz has set himself the goal of ensuring he does not succumb to pressure after winning the first Grand Slam of his career. The 19-year-old sensation defeated Casper Ruud in the final of the US Open to earn his first major.

Alcaraz is adamant that he wants to continue playing the same way he was when he was a child. To do so, he feels that he will need to stay away from the pressure that comes with being the newly-crowned world No 1.

Rising to the top of the world rankings for the first time, Alcaraz is in new territory and admits to not knowing what to expect. After all, he is the world’s youngest-ever top-ranked player.

Losing his love for the sport is something the Spaniard wants to avoid. “When I woke up, it was normal in the sense that I could not believe I was No 1 and a Grand Slam winner. I still don’t know what kind of pressure I will have, I never played as a No 1,” Alcaraz told L’Equipe. 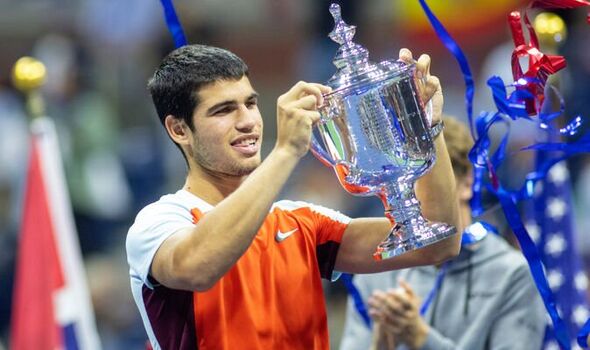 “I just don’t want to change the way I’m playing since I am a kid. I mean, smiling and enjoying.

“The goal is to keep the pressure away. Some players look like they don’t love tennis when they play. This, I don’t want. I want to see the same kid as when I was 10.”

Alcaraz saw off Ruud in four sets to win in New York. He became the youngest men’s Grand Slam champion since his idol Rafael Nadal’s first French Open success in 2005. 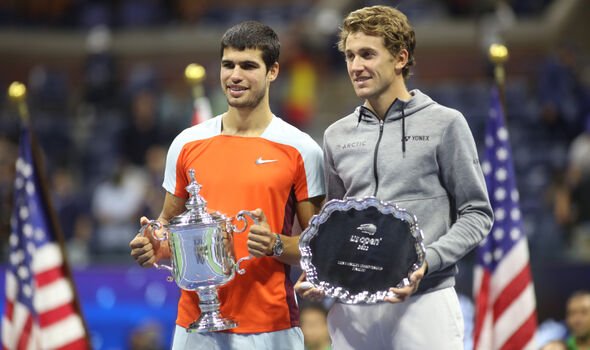 Further major titles will surely come for the talented starlet. He admits that the US Open was the easiest to tick off, but feels Wimbledon could be the hardest.

Alcaraz has so far found the transition to grass difficult so far. He is yet to surpass the fourth round at the All England Club.

“The US Open is the major tournament that suits me the most. Not only based on my game, but also on what American fans express in the stands, in every single match. I feel like my game fits with what they want to see,” he continued.

“Wimbledon might be the more complicated to reach for me, even if I love playing on grass. I only played there two or three times. When I was a kid, I felt like Wimbledon was the coolest tournament to play.”