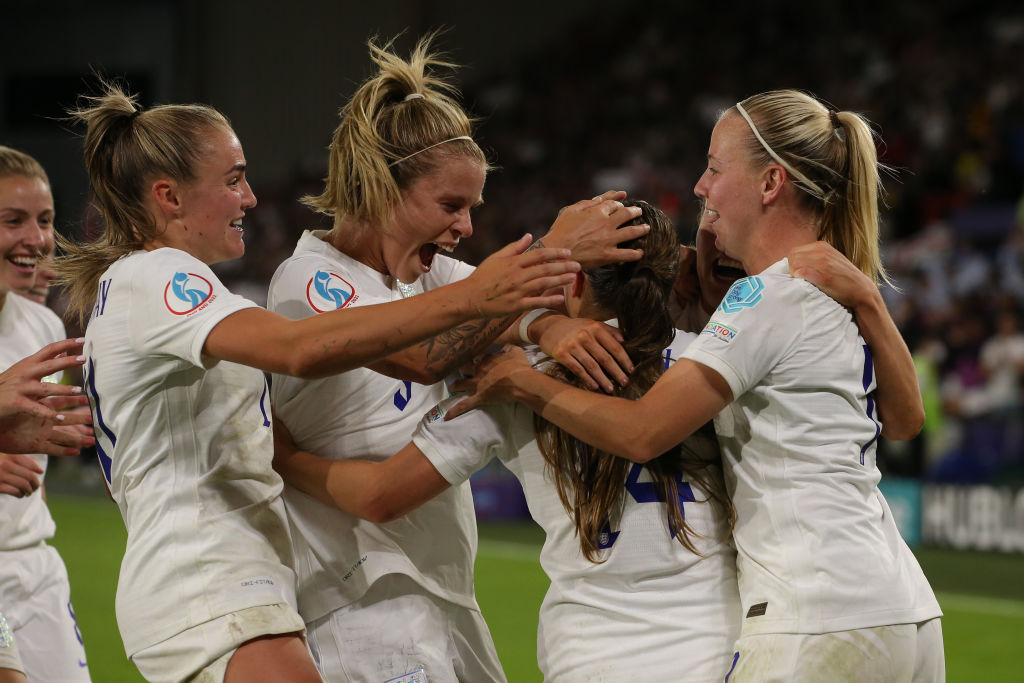 Ian Wright says there has to be a legacy to England’s superb run to the final of the Women’s Euros, with the Arsenal legend as proud of the Lionesses as any England team.

Sarina Wiegman’s team turned in a superb performance to beat Sweden 4-0 in the semi-finals on Tuesday night in Sheffield.

Goals from Beth Mead, Lucy Bronze, Alessia Russo and Fran Kirby saw the home team surge into Sunday’s final at Wembley, where they will take on Germany or France.

It has been a spectacular run in their home event, including an 8-0 demolition of Norway in the group stage and a dramatic extra-time win over Spain in the quarter-finals.

Wright, who has been a big part of the coverage of the event, says that the success of the England team must be capitalised on and girls everywhere should be at least allowed, if not encouraged to play as much as boys.

‘Whatever happens in the final now, if girls are not allowed to play football just like the boys can in their PE after this tournament then what are we doing?’ Wright said on the BBC.

‘We’ve got to make sure that they are able to play and they’ve got the opportunity to do this because it’s going to inspire a lot of people. Like there’s no legacy to this? It there’s no legacy after this then what are we doing?

‘Girls should be able to play because this is as proud as I’ve felt of any England side. This is what it’s about.’

Germany and France meet on Wednesday night in Milton Keynes, with the winner going on to face England at Wembley at 5pm on Sunday.