It’s arguably the most storied rivalry in English football, but Saudi Arabia’s sports minister wants to bring both sides of the famed North-West Derby under the Kingdom’s roof.

Sky Sports in the UK is reporting that the Saudis — who already own the resurgent Newcastle United — are looking at the Red Devils following news this week that the club is on the market. Liverpool’s American owners, meanwhile, had already announced their plans to sell the club.

“I hope so, if there are investors and the numbers add up, and it makes a good business,” Prince Abdulaziz bin Turki Al-Faisal told Sky News. “Then the private sector could come in, or companies could come in, from the kingdom.”

27 min: Only Serbian gloveman Vanja Milinkovic-Savic stops Brazil going ahead. Thiago Silva gets a peach through to Vinicius jnr, who must have thought a World Cup goal in his first 45 minutes on the biggest stage of all was in sight. Superb stuff. 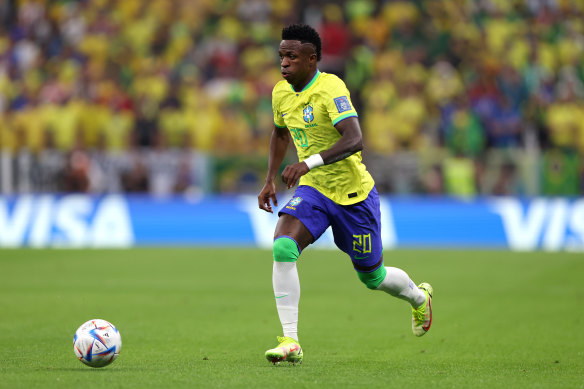 20 min: Things have settled down just a tad at the Lusail Stadium. But with both teams boasting attacking threats all over the pitch, don’t expect that to last. Casemiro has a pop from well outside the box, more from hope than expectation. 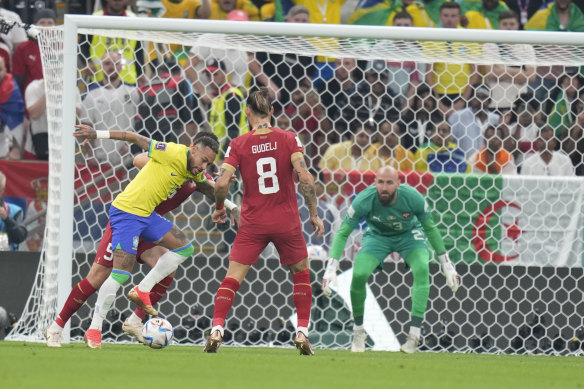 A dime-piece pass for Neymar set up Brazil’s best chance of the match so far.Credit:AP

9 min: Casemiro finds Neymar with an absolutely beautiful ball before the PSG superstar finds himself in traffic. Nonetheless, an early highlight.

6 min: Ajax captain Dusan Tadic gets the ball into a dangerous area for Serbia but the Brazilian defence is more than up to the task. 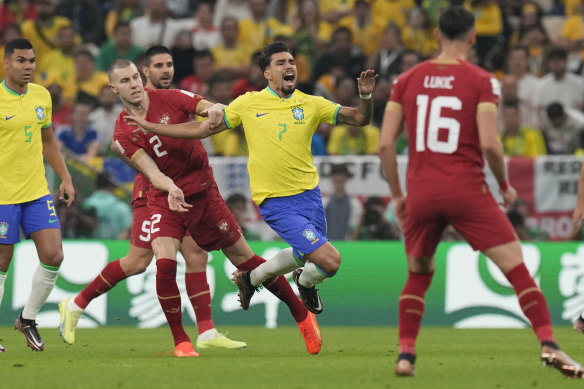 There’s also an early booking for Strahinja Pavlovic, and you get the impression this might just be a spicy 90 minutes (or 100, or 110).

Here’s a look at the solitary goal from the Switzerland-Cameroon match.

Kick-off, and here’s the Serbian side

We’re under way at Lusail Stadium

Here’s how the Selecao line up

If anyone’s been booted off Twitter by Elon Musk, that’s:

And then on the bench there’s names like Dani Alves, Antony, Gabriel Martinelli and Gabriel Jesus. Imposing stuff. Not hard to see why Brazil are many pundits’ tip to lift the trophy for the first time in two decades in Qatar.

It was a somewhat different story in the earlier kick-offs. Switzerland beat Cameroon 1-0 in an entertaining Group G match, while Portugal and Ghana’s Group H rivals Uruguay and South Korea fought out a scoreless draw.

You can catch up with both of those matches here.

The third of four overnight matches has only wrapped up in the last hour or so and it was 2016 European champions Portugal who prevailed over Ghana in an absolutely manic second half.

Four goals were scored in 15 minutes after— who else — Cristiano Ronaldo broke the deadlock from the spot. In the process, he became the first man to score at five World Cups. 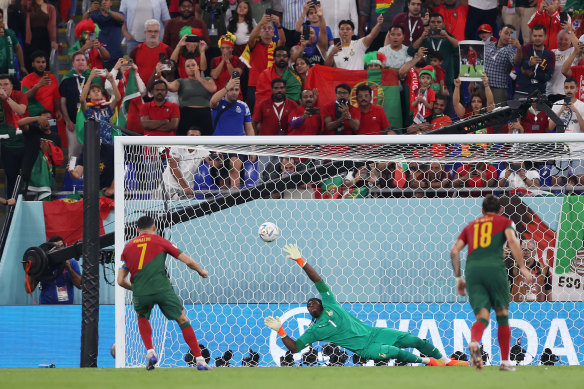 Osman Bukari scored in the 89th minute for Ghana to set up a grandstand finish.

Read what went down here.