Wolfsburg scored at the start and at the end of the game to battle past Borussia Dortmund 2-0 on Tuesday, stretching their unbeaten run to seven consecutive matches and snapping their opponents’ three-game winning streak.

Dortmund, who had carved out a three-game winning run for the first time this season going into the match, are fourth place in the standings on 25 points. Leaders Bayern Munich, in action later against Werder Bremen, are on 28.

Wolfsburg, who have turned their season around after a bad start, moved up to eighth on 20. 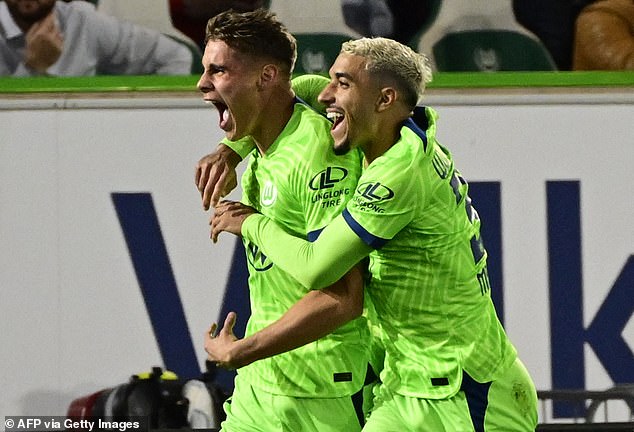 The hosts shot out of the blocks, forcing a good save from Dortmund goalkeeper Gregor Kobel in the third minute before Micky van de Ven nodded in at the far post from a corner three minutes later.

Dortmund upped the pressure straight after the goal and came close twice with forward Donyell Malen.

But Kobel was again called to the rescue, palming an effort from Omar Marmoush at close range away with one hand. 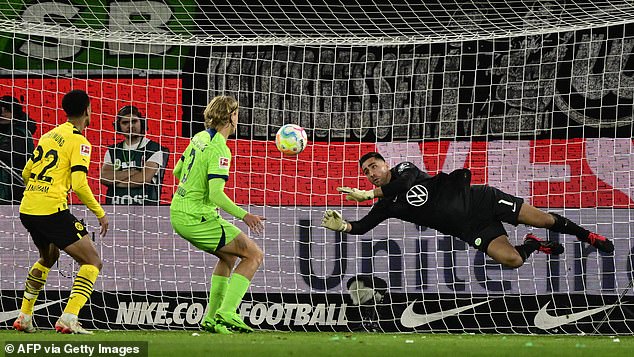 Raphael Guerreiro then cleared the ball off the line as Wolfsburg gradually reclaimed the upper hand in the game.

The visitors did hit the post in first half stoppage time with Niklas Suele but it was Wolfsburg who again had the better chances in the second half.

The Wolves, who had managed just one point against Dortmund in their last 14 league matches prior to Tuesday and had lost their last seven home games to the Ruhr valley club, sealed their first win over Dortmund in seven years with a Lukas Nmecha tap-in in stoppage time. 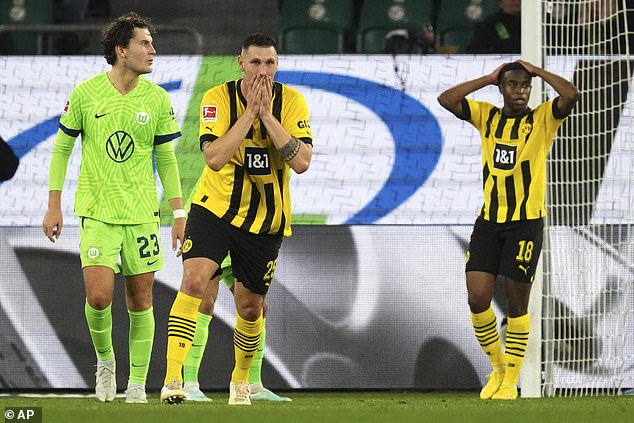 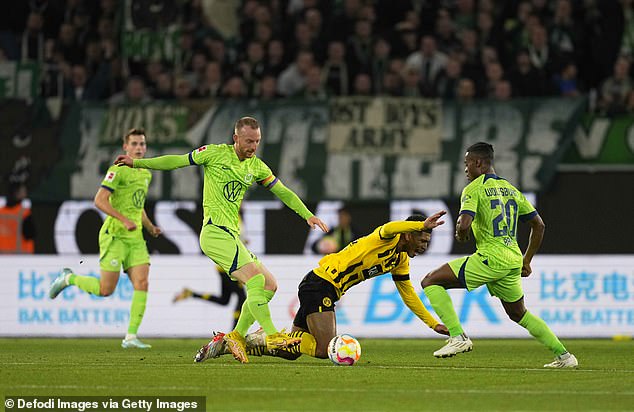