IAN LADYMAN: Will Leeds have to SACK Jesse Marsch to stop the bleeding? Relegation does not fit with American investors’ grand plans, yet the manager is popular with the board and his players

At Leeds United they like to talk about strategy and long-term thinking. They have a vision and a plan of how the club, the team and a new expanded stadium might look in 10 years’ time. But, as the boxer Mike Tyson once said, everybody has a plan until they get punched in the mouth.

Recently Leeds and their coach Jesse Marsch have taken far too many blows. ‘We have to find a way to stop the bleeding,’ said Marsch after a 3-2 home defeat by Fulham on Sunday took them into the bottom three.

There is a nervousness at Elland Road. The intention is to give Marsch a little more time. But it is hard to see the American leading his team into the World Cup break if improvement does not arrive almost immediately. 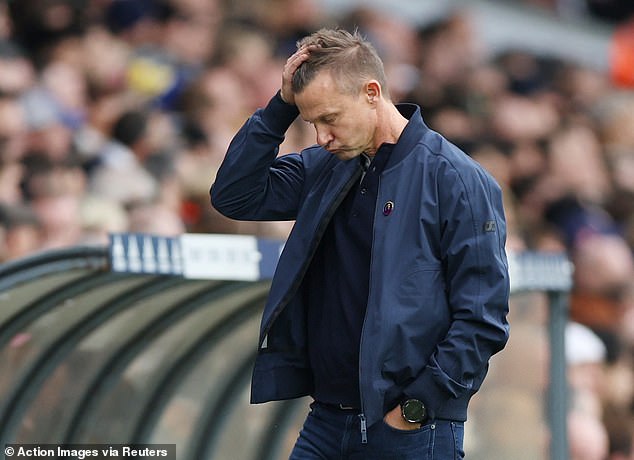 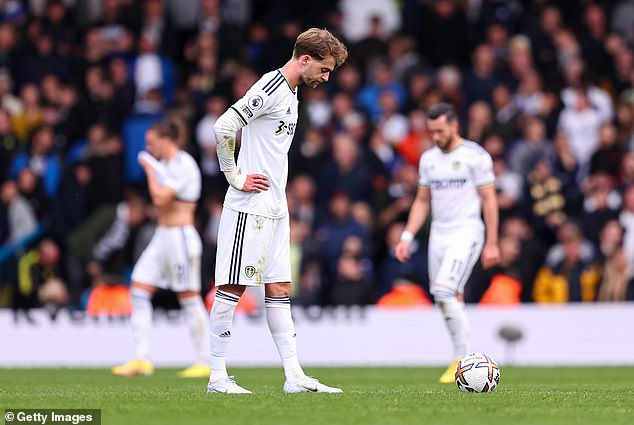 ‘The research that went into Marsch’s appointment was detailed,’ a source familiar with the situation told Sportsmail. ‘It would be a big decision to rip all this up and start again.’

On Sunday night the discussions at board level were not about jettisoning Marsch but finding ways to support him. For now. But Leeds cannot afford to be relegated. There is too much at stake.

With the San Francisco 49ers American football franchise now owning 44 per cent of the club with an option to increase that to a controlling interest in 2024, the future is mapped out. It includes an expanded Elland Road and a training ground move from the Wetherby countryside to the very same site. 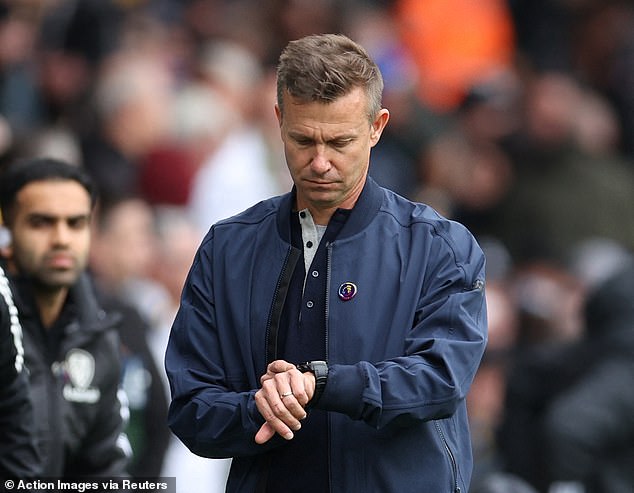 Speaking to the BBC this month, the 49ers representative on the Leeds board, Paraag Marathe, was gushing about his new-found love of English football. But the man behind the 49ers’ move to their sensational Levi’s Stadium also said: ‘At the 49ers we think about what we need to do to build a Super Bowl winner. If we can do that then everything else follows. It’s the same here.’

Marathe will only have so much say in what happens to Marsch. Leeds’ majority shareholder remains Andrea Radrizzani. Equally, Super Bowls do not tend to be won by failing coaches.

Marsch was hired to arrest the decline that threatened to overcome Leeds towards the end of Marcelo Bielsa’s reign last March. The club stayed in the top division by winning at Brentford on the final day of last season but that was one of only six wins from 23 Premier League matches overseen by the 48-year-old. Marsch averages a fraction over a point a game and his team are stuck fast in a cycle of self-harm. 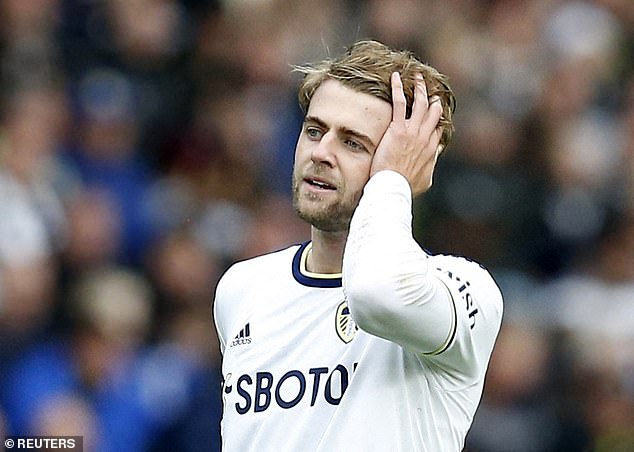 They could have beaten Arsenal nine days ago but lost. They led on Sunday but then conceded three dreadful goals.

As Marsch explained, his team are not scared to have possession and exert pressure. What he did not examine was just how chaotic they can look during those periods when steadfastness is required.

Among his players, there is a desire for Marsch to do well. In the stands they still pine for Bielsa but they do not in the dressing room. Memories are short. In losing Bielsa’s final four games, Leeds conceded 17 goals and his players were exhausted. 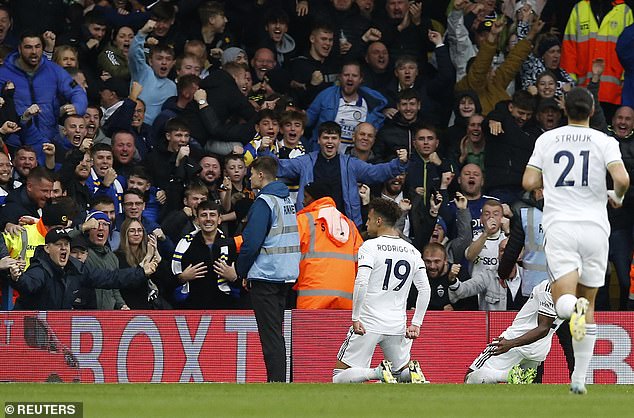 Under Marsch — courted by Leeds director of football Victor Orta since his days at Red Bull Salzburg —life at Wetherby is different. Bielsa’s favourite coaching tool was the whip. He rarely spoke to his players outside of team meetings.

Marsch is completely different, a modern manager who believes inclusivity and communication are key. He has stripped away Bielsa’s layers of autocracy. The micro-management of individuals and their lifestyles has gone. The Leeds board see all this and understand it. They see a coach confident enough to replace a legend and do things his own way.

Equally, they are data-driven and the most alarming current number is nine, the same number of points as the league’s bottom two clubs, Wolves and Nottingham Forest.

Wolves have sacked their manager and it has not helped them. Aston Villa jettisoned Steven Gerrard and have seen a bounce already.

As Orta and Radrizzani scan the landscape, they do not see a huge queue of upgrades on Marsch. A short-term fix in the style of, say, Sean Dyche, is not being considered.

There is an appreciation that the summer’s transfer business deprived Marsch of two of his best players, the midfielder Kalvin Phillips and forward Raphinha. Certainly Leeds do not carry a sharp enough threat up front. A fit and firing Patrick Bamford would help with that but he is yet to score this season. 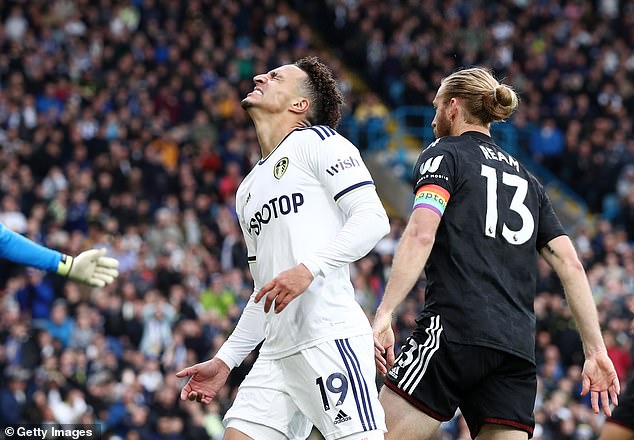 The Leeds board are prepared to help in the January window, but Marsch must first get there

The Leeds board are prepared to help when the January window opens but if he is to survive that long Marsch needs to oversee an upturn very soon. On Saturday it is Liverpool away. After that Bournemouth at home — that is a game that simply must be won.

In his chat with the BBC, Marathe was keen to play the genial uncle, talking in terms of offering support to the club when needed. ‘I am just a passenger on this plane,’ he said.

But when Radrizzani and other club officials visited the Levi’s Stadium a year ago, they were presented with a vision of a future for Leeds that did not involve games against Rotherham and Blackpool. 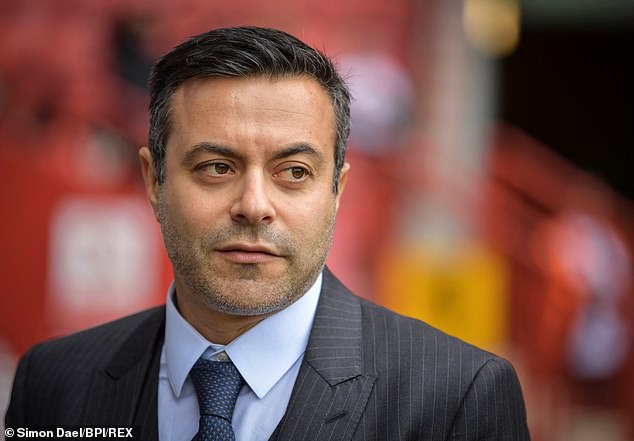 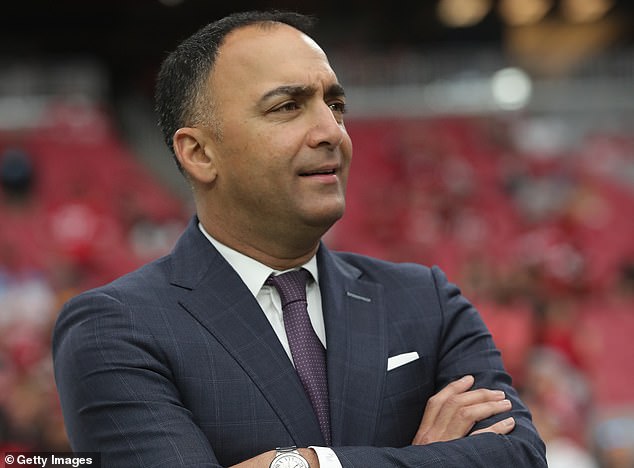 Marathe has repeatedly professed himself keen to retain the traditional structure of the English game. ‘The jeopardy involved in each match and the meritocracy that is a part of the English football pyramid — things like relegation and promotion — are woven in to the culture,’ he said. ‘The exhilaration and relief that came after beating Brentford last season are what it is all about.’

Those who fear the intentions of the Americans who hold stakes in English clubs will be heartened by such rhetoric.

But whether Marathe and the rest of the Leeds board are prepared to let Marsch lead one of England’s most famous clubs back to another date with disaster next May is another thing entirely.