All things considered, 2021 was good to West Ham, from European away days to a Czech billionaire becoming a shareholder to being entertained by their own ‘Ant and Dec’ double act in Michail Antonio and Declan Rice.

But their season is stumbling like an unruly uncle after too many brandies on Christmas Day. The Hammers have won only one of their last seven Premier League games, leaving their push for the top four in danger.

Manager David Moyes is worried ahead of Tuesday’s trip to Watford but he realises there are a few mitigating factors, as Sportsmail examines. 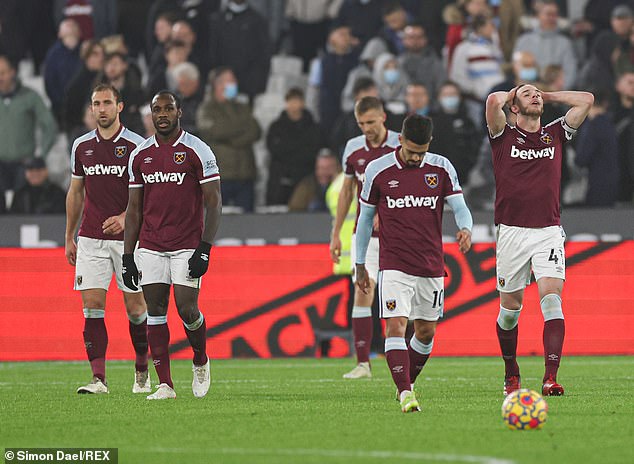 Aaron Cresswell, Angelo Ogbonna and Kurt Zouma make up three quarters of West Ham’s back four when fit. Yet they are all out and those filling in aren’t proving to Moyes that they are up to the task.

Cresswell, Ogbonna and Zouma last started together in the 3-2 win over Liverpool on November 7.

Since then, West Ham have picked up five points in seven Premier League outings. Southampton’s three goals on Boxing Day were all avoidable.

It is obvious to say ‘a struggling club will miss influential players’, but that is the case.

West Ham’s defence has been decimated in recent weeks by injuries to three of their back four including Angelo Ogbonna (left), Aaron Cresswell (centre) and Kurt Zouma (right)

Tomas Soucek was named Hammer of the Year last season but now you wouldn’t begrudge Moyes for considering a new midfield partner for Rice.

Soucek was the complete package after arriving from Slavia Prague for £19million but he is no longer at last year’s level, having scored only twice this campaign – a pitiful total, considering how much time West Ham devote to practising set-pieces in training.

West Ham must face Watford on Tuesday without Rice, who is suspended after picking up his fifth booking of the season against Southampton. Soucek must step up. 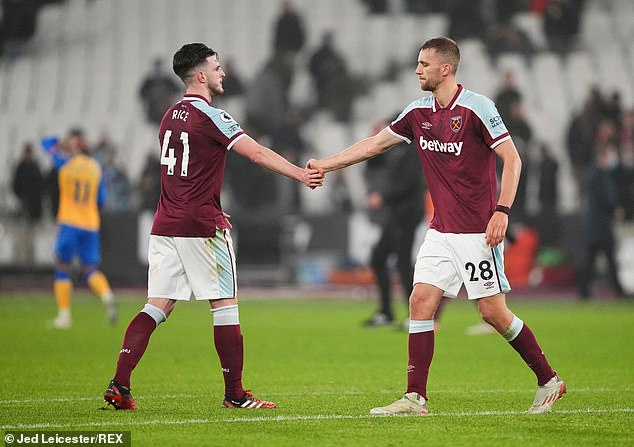 MICKY QUIET AS A MOUSE

Antonio missed the trip to Spurs after a positive Covid-19 test but was back on the bench against Southampton.

So lethargic was West Ham’s first half, Moyes introduced him at half-time and he scored to get them back in the game within minutes.

It emphasised how important the 31-year-old is to this team though as that strike was Antonio’s first league goal since October 24. It was well overdue.

It is no secret Moyes is reliant on him this season and West Ham’s poor form has coincided with their striker not scoring. 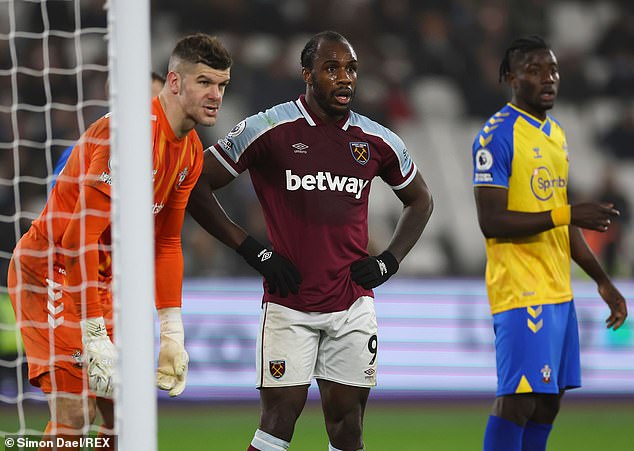 We cannot be too harsh on Antonio for not maintaining his scoring spree from the start of the season. Strikers go through such dry spells.

What doesn’t help is how West Ham don’t have any true back-ups to Antonio, adding to the pressure on him to deliver the goods week in, week out.

Jarrod Bowen has done well up front but West Ham could do with a proper Plan B.

They let their £45m record signing Sebastien Haller join Ajax for £20m and he has helped himself to 22 goals in 23 games there — a remarkable tally given how lacklustre he was during his playing days in England. 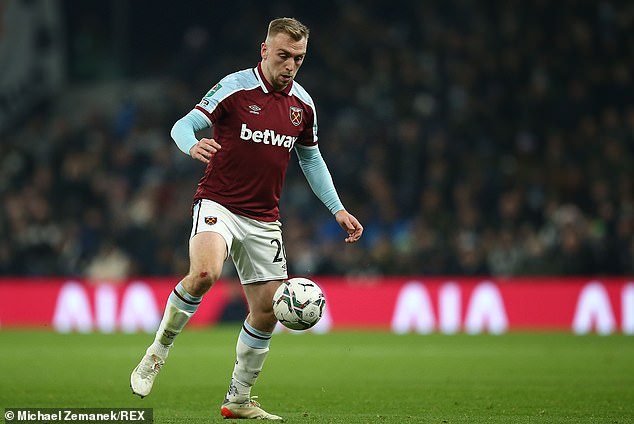 West Ham wouldn’t be the first club to struggle with Europa League games added to their calendar.

They topped their group to qualify for the last-16 without the need for an extra two-legged play-off.

But those Thursday night trips to Zagreb, Genk and Vienna increase the workload. Antonio mentioned that in post-match interviews after the Boxing Day defeat, using the words ‘mental fatigue’. 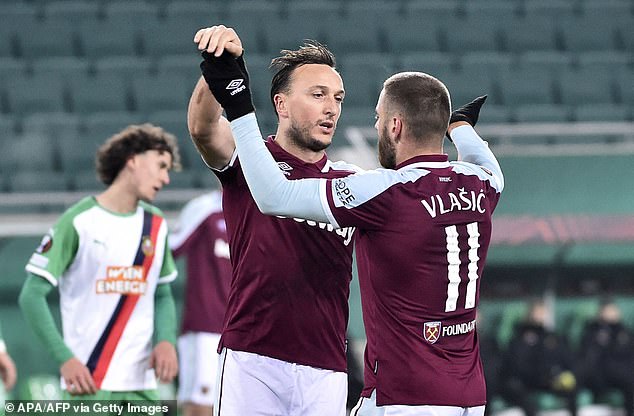 Despite reaching the last-16 with style, West Ham’s Europa League exploits may now be harming them as mental fatigue starts to hit their squad

BUT THE GOOD NEWS IS…

Two years ago today, Manuel Pellegrini was sacked as manager with West Ham in the middle of a relegation scrap.

Today, they are fighting for top four in the Premier League and still in the Europa League, which could provide a route into next year’s Champions League.

It isn’t too late for Moyes and his men to turn this slump around. 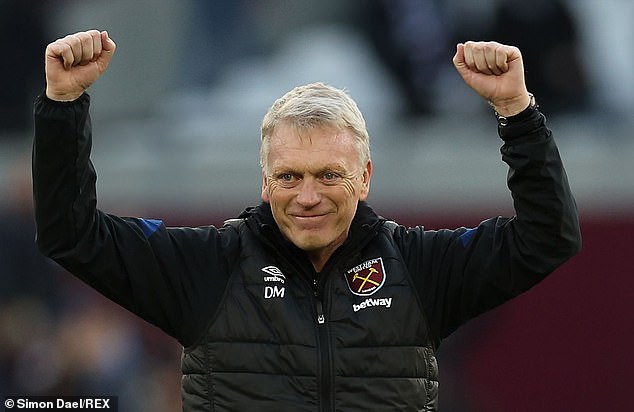 Despite the current gloom, David Moyes has worked wonders to revive West Ham in his tenure