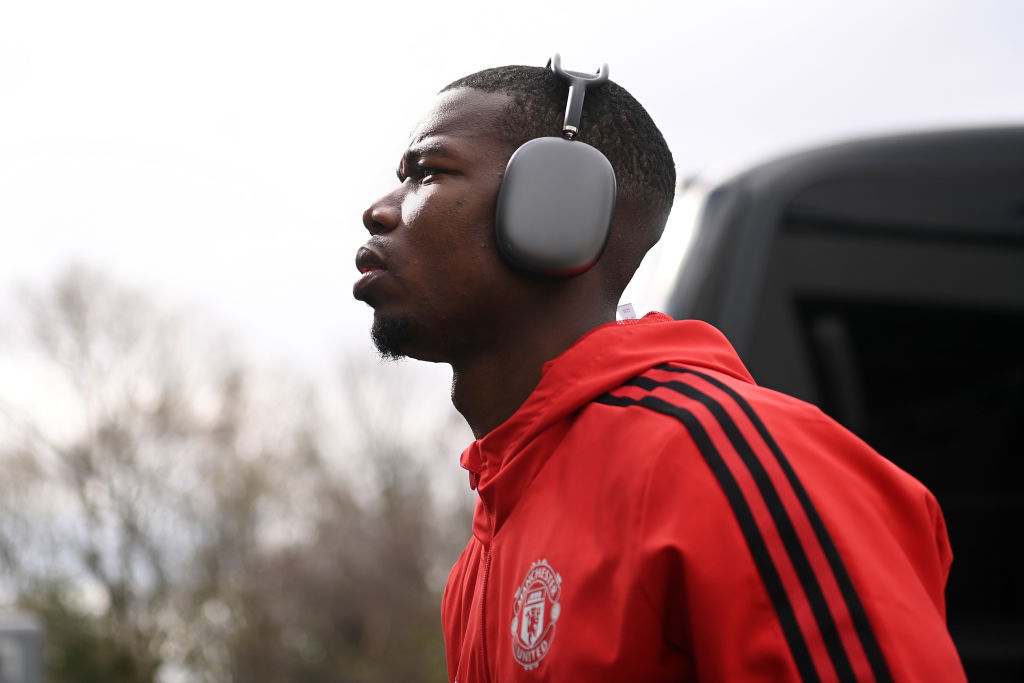 Paul Pogba is considering pulling out of Manchester United’s squad for their final game against Crystal Palace as he is concerned he will get a negative reception from the away fans at Selhurst Park.

ESPN say Pogba has ‘reservations’ about playing in United’s last game of the season on Sunday over fears he will be targeted by visiting supporters.

Pogba has been booed by fans in more than one match this season, especially towards the end of the season when it has become increasingly apparent that he will leave Old Trafford this summer.

The French World Cup winner, who returned to United six years ago in a deal costing a then world record £89m, suffered an injury in last month’s defeat to Liverpool that appeared to end his campaign.

Interim manager Ralf Rangnick expected Pogba to miss the rest of the season but his rehabilitation has gone better than expected, with the 29-year-old believed to be in contention to feature this weekend.

But it remains to be seen whether Pogba will make himself available to United as he is said to be concerned over a possible backlash from fans at Selhurst Park.

Pogba is yet to make a decision over his next club but his representatives have been in talks with French champions Paris Saint-Germain and Italian giants Juventus.

Manchester United have been desperate for the season to finish for several weeks but they have a job to do at Crystal Palace with Europa League football at stake.

Incoming manager Erik ten Hag will be in attendance having arrived from Amsterdam earlier this week. The Dutchman will have no involvement in United’s team selection or tactics.

Yesterday, it was reported that Pogba recently agreed terms with Manchester City but U-turned over a move to the Etihad as he was wary of the reaction from Manchester United fans.

Meanwhile, Pogba has been backed to thrive away from Old Trafford by Red Devils legend Paul Scholes.

Asked about Pogba’s imminent Manchester United exit, Scholes told talkSPORT: ‘I don’t know. I was there when he was a kid and this lad has got absolutely everything you would want in a footballer and a midfield player.

‘His physique, he can run. I just don’t think he’s ever learned as a footballer, he constantly seems to make the same mistakes over and over again.

‘It’s disappointing, it looks like he’s going to leave. He’ll go somewhere, a manager will get a grip of him, and I think he’ll do really well, as he did at Juventus.

‘For some reason, at United, it hasn’t worked out. It’s a big disappointment. You see what he does with France.

‘People view him the wrong way. He’s a nice lad, he wants to work and learn. I hope he goes on and does really well. We all know he’s got the ability and talent to be world class.’