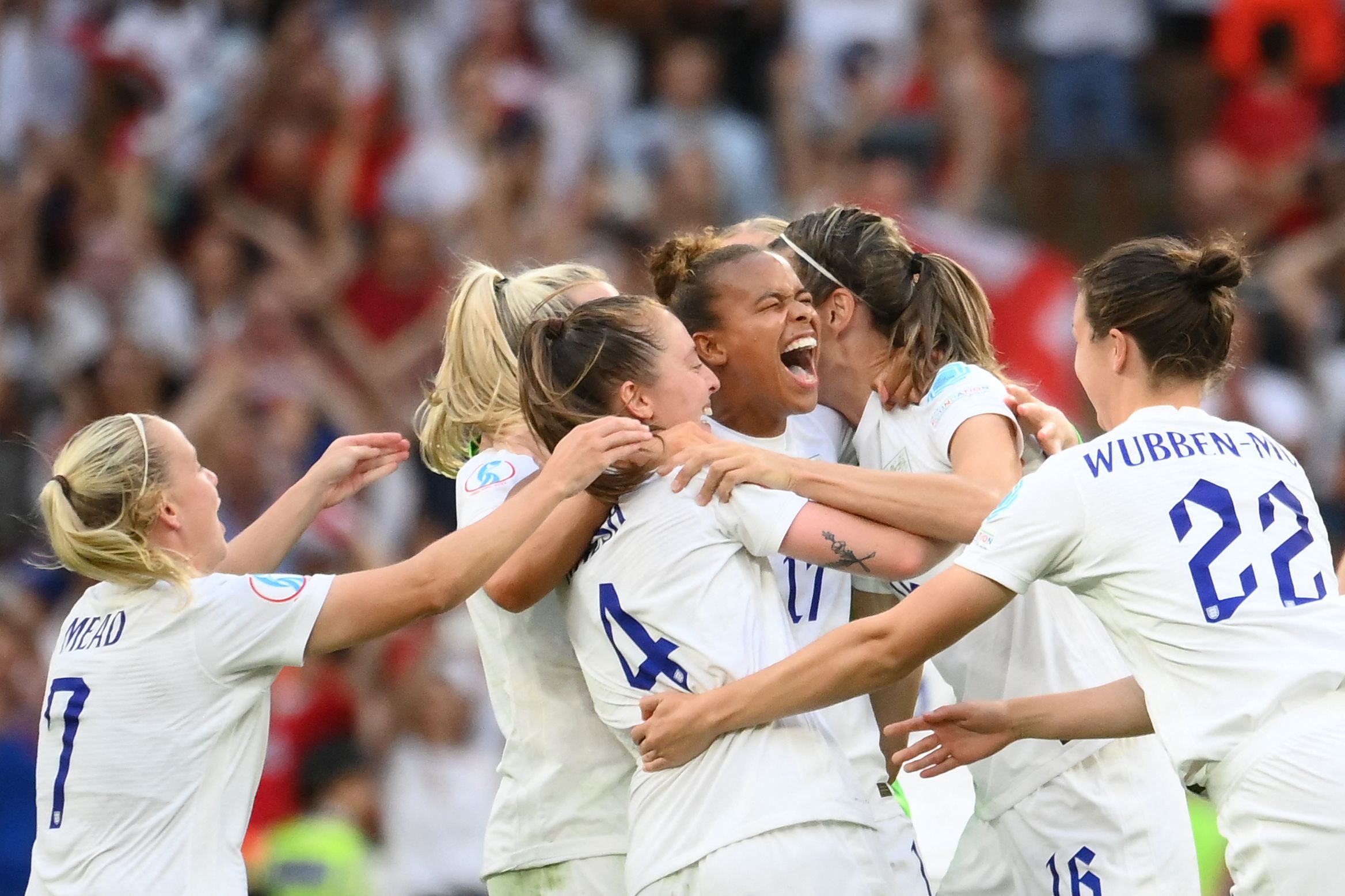 As an ex-amateur footballer, I was thrilled to see the England Women’s UEFA team create history this week.

The Lionesses won their first major tournament after beating Germany in the Euro 2022 final 2-1 at Wembley. It was even more encouraging to see such huge support across the country with more than 17million viewers tuned in to the women’s final.

Female players were banned by the FA from playing on football League grounds for 50 years in 1921 on the basis that the sport was ‘quite unsuitable for females’.

Since then, female athletes have had to fight tirelessly for resources, funding platforms and ultimately respect in the sporting world – and this week proved it was worth fighting for.

But I was incredibly disappointed to see the lack of diversity among the Euro 2022 women’s football squad – both on and off the pitch. To me, it felt like people of colour weren’t part of the celebrations.

In fact, out of a 23-woman squad, the England Women’s team have just three players of colour.

Those players Nikita Parris, Demi Stokes and Jess Carter, were all substitutes, didn’t start a single game and collectively played just 20 minutes across the entire tournament. In comparison, France’s UEFA Women’s team has 15 Black or brown players. Out of 300 footballers in the Women’s Super League (WSL), less than 10% are Black, Asian or mixed heritage players.

The England Women’s team starting line-up in the UEFA women’s championship match against Austria had no players of colour. This was the same in the line-up against Sweden and Northern Ireland.

Twenty years ago, we saw the release of Bend it Like Beckham starring Parminder Nagra and Keira Knightley, which was hugely inspirational for women of colour in sport. As the highest-grossing football film of all time, it challenged the stigma of South-Asian women being unsuited for sports. The film’s made-up team also featured players from real London clubs.

If Gareth Southgate led the England men’s team to the finals of a major tournament without any Black or brown players, he would no doubt face criticism from the media and football fans. Why should this issue be overlooked in the women’s team?

What kind of message are we sending young female players of colour when there are so few players in our national team who look like them?

The issue of diversity within women’s football doesn’t just lie solely on the shoulders of Sarina Wiegman and her line-up choices, though.

Clubs may arrange for young male academy players to be transported to and from school and training, but young female players are less likely to be offered this due to lack of funding.

I played football in my early to mid-teens and I loved it. It was a great way for me to keep fit and make friends. But ultimately, I had to give it up due to the time it took to travel to games and training.

I had to seek out clubs to find a team. Once I did, it was difficult to keep up with training and matches that were usually out of London – which also meant I missed opportunities to play for scouts and professional club officials. Average travel times for me were over two hours, and some clubs had fees that I simply couldn’t afford.

I relied on public transport and didn’t always have a family member who could accompany me. As a young woman living in London, I also had to consider the risks of travelling alone in the evenings – particularly in the winter when it got dark early.

It was devastating to give up football at 16. I don’t know how far I could have gone in the sport, but I don’t think the option should have been taken away from me simply due to a lack of access to facilities and opportunities.

Unfortunately, football isn’t the only sport I’ve had to give up for the same reason. I’ve tried my hand at volleyball, netball and rugby at school and local community clubs, but had to give up due to distance of training grounds, and cost.

Women’s football is a middle-class sport, and players of colour are more likely to come from lower-income families and live in urban cities, so they miss out on professional pathway opportunities.

The English female scouting system needs to work harder to find talented Black and brown players. They need to look at urban inner cities and make an effort to work with charities and supporting organisations like Sporting Equals, Show Racism the Red Card and Football Beyond Borders.

Scouters should be looking in schools across the UK to find talent across different backgrounds and researching options to subsidise travel and kit costs – as well as assisting players who live far from training grounds.

While the sporting world is currently making plans to invest more in women’s football and give it a platform, which is incredible and so long overdue, it needs to think about setting up facilities in urban areas where talent is missed in disadvantaged players.

We have many talented female players of colour in our Women’s Super League. With more support and resources, we can get them to play at a national and global level.

Football is the country’s national sport, and it should be for everyone. The women’s team have taken a step toward tackling equality in sport, but it should benefit women of colour as well.

We need to inspire young players to believe they can reach the heights of our Lionesses – and beyond.