Only FOUR Man United players make our combined XI with Arsenal ahead of this weekend’s Emirates showdown, as Gunners youngsters dominate the side… but does Cristiano Ronaldo get the nod and who gets the No 1 shirt?

Arsenal host Manchester United host on Saturday in a game with huge potential implications for the top four race.

While the days when the Gunners and the Red Devils would face off with the Premier League title at stake belong to a bygone era, a Champions League spot remains firmly in their sight.

Arsenal are fifth with 57 points and currently trail fourth-placed Spurs only on goal difference, while United are three points adrift of the north London duo having played a game more than both of their rivals. 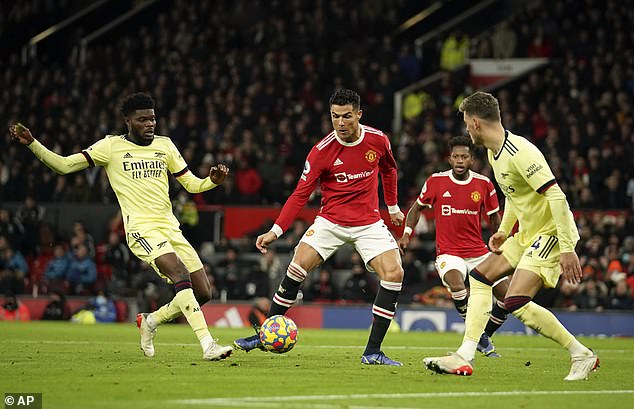 Manchester United and Arsenal go head to head at the Emirates this weekend, but who would make a combined XI of both teams?

The mood within the two teams couldn’t be more different ahead of the game at the Emirates.

Arsenal are riding high after an impressive 4-2 win at Stamford Bridge snapped a three-game losing streak and restored faith Mikel Arteta can lead the Gunners into the Champions League for the first time since 2017.

United, meanwhile, were trounced 4-0 at Anfield in a performance that was, if possible, even more pitiful than the 5-0 shellacking they suffered in the reverse fixture in October.

A new era may be on the horizon following Erik ten Hag’s appointment, but the current season can’t end quickly enough for United.

With that in mind, Sportsmail has picked a combined XI of Arsenal and United players based on current form and here is how they line-up in a 4-2-3-1 formation.

Aaron Ramsdale has been a revelation since joining Arsenal in the summer, pulling off some spectacular saves and forcing his way into the England squad.

De Gea has conceded more goals than Ramsdale and kept less clean sheets – 48 to 30 and seven to 12, respectively – but gets the nod as he’s arguably been United’s player of the season.

That says more about the Spaniard’s teammates than he does about his own performances, but playing behind a defence as porous as United’s – the worst of any teams in the top eight in the Premier League – would have made life difficult for any goalkeeper. 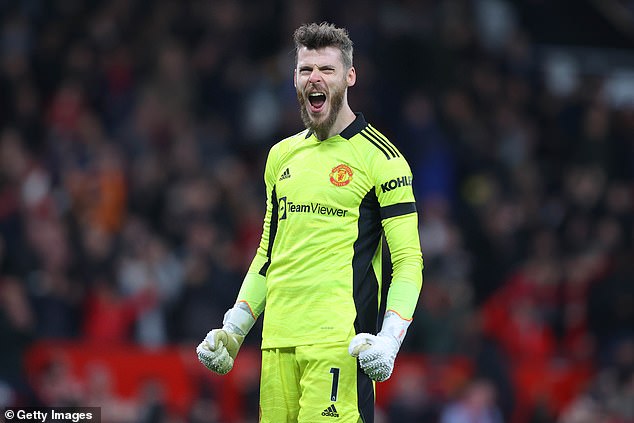 Eyebrows were raised when the Gunners splashed £50million on the Brighton defender in the summer, but after a slow start White has steadily improved and developed into the no-nonsense defender Arteta needed.

The 24-year-old has contributed to 13 clean sheets this season and leads the Gunners in interceptions, while his versatility has allowed Arteta to deploy him at right-back when needed.

White has missed just two Premier League games this season, a significant positive for the Gunners, whose back four has been decimated by injuries at various stages. 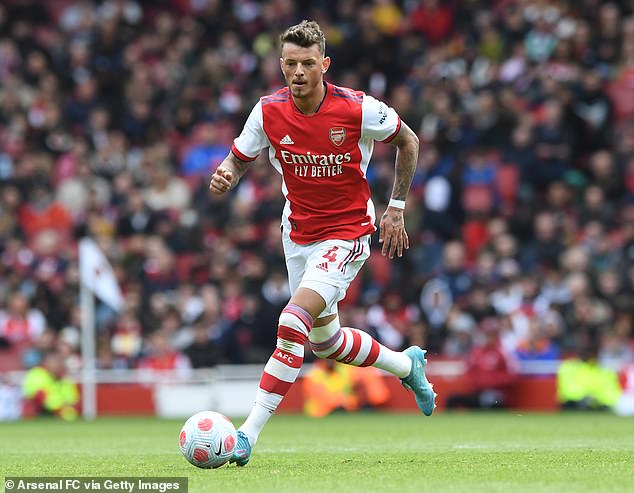 Signed for £50million from Brighton, Ben White has established himself as a regular at Arsenal

Like White, the Brazilian has been an almost-ever present figure for Arsenal this season, featuring in 29 of 32 Premier League games with the Gunners keeping a clean sheet in 12 occasions.

Gabriel leads Arsenal in clearances and only two other Gunners have made more tackles than he has this season, while his three goals have been a welcomed contribution at the other end of the pitch. 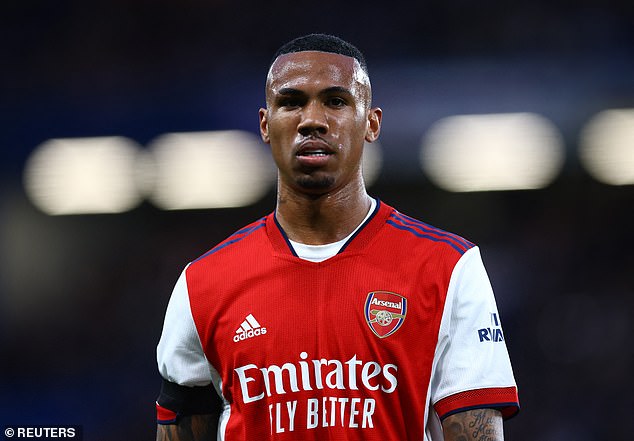 Alongside White, Gabriel has been an almost ever-present figure for the Gunners this season

One of United’s big-three summer signings, Varane’s best moment this season arguably came when he was unveiled at Old Trafford to a rapturous welcome back in August.

The Frenchman has shown glimpses of the form that made him one of Europe’s best defenders at Real Madrid and has featured in just 18 Premier League games, raising concerns about his fitness.

Despite his struggles, Varane makes the team as United have badly missed him when he has not played and the fact Harry Maguire has endured a dismal season. Ben White would have normally been selected as centre-back, but given the dearth of options at right-back, the Arsenal defender slots in the position and Varane gets the nod in the heart of the back four. Just. 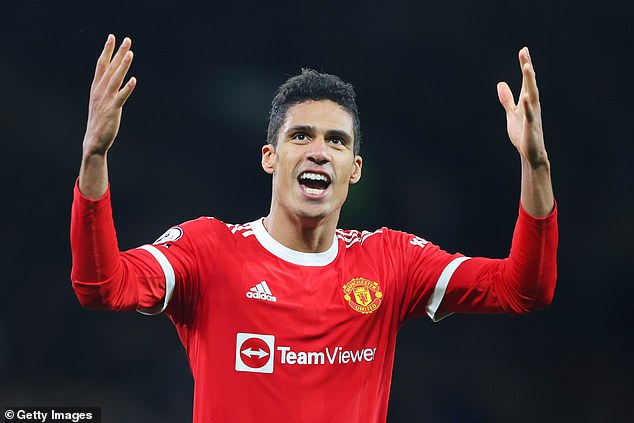 Kieran Tierney would’ve been a shoo-in for the left-back spot, but the Scotland international is injured. Luke Shaw is also sidelined and his performances wouldn’t have warranted selection ahead of Tierney anyway, leaving Alex Telles and Nuno Tavares to choose from.

Neither has been particularly impressive, but the Arsenal man makes the team purely as the Gunners have been more defensively solid than United. 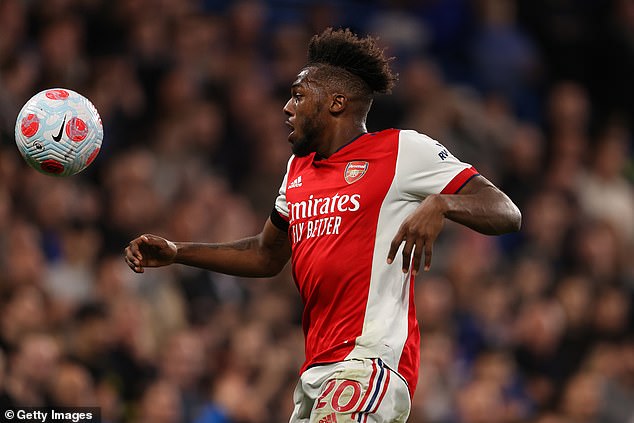 The much-maligned Brazilian has enjoyed something of a renaissance under Ralf Rangnick and his energy was badly missed in United’s capitulation at Anfield on Tuesday night.

While doubts remain over whether Fred can be a long-term solution for United, only Bruno Fernandes has scored more goals from midfield than he has this season and Fred only trails the Portuguese and Paul Pogba in terms of assists. 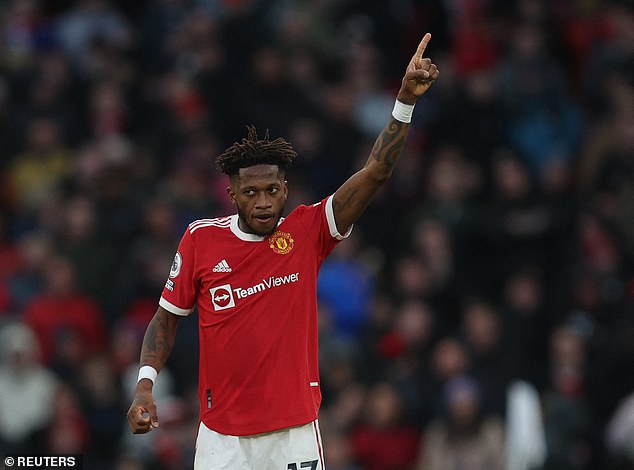 The 21-year-old has come of age for Arsenal this season, developing into a crucial cog of Mikel Arteta’s team. While the Spaniard deserves credit for trusting Smith Rowe, the Arsenal academy product has seized his opportunity emphatically and is the Gunners’ joint-top goalscorer alongside Bukayo Saka.

Smith Rowe’s versatility has allowed Arteta to deploy him in six different positions this season – from central midfielder, to left winger and striker – and the youngster has looked at ease in each of them.

Only three players have delivered more assists than Paul Pogba in the Premier League this season, but the Frenchman underwhelmed yet again and his premature exit at Anfield could well be his final act in a United shirt.

It would have been an aptly disappointing end to a largely disastrous six years. 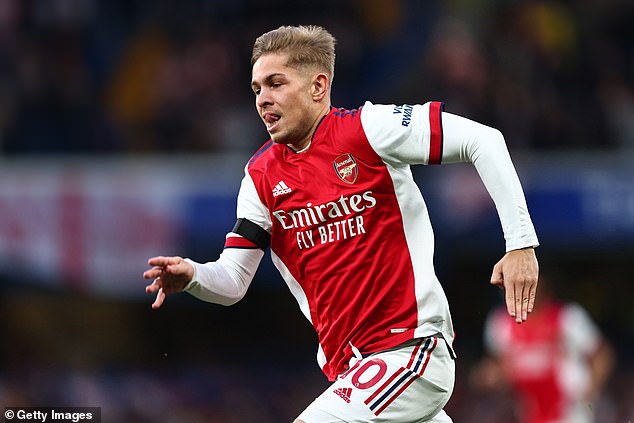 Marcus Rashford and Bukayo Saka entered the season desperate to atone for their penalty misses at Wembley in the final of Euro 2020. While the former has endured a dismal campaign for United and seems lost, the latter has vindicated Arteta’s trust in young players.

Along with Emile Smith Rowe, Saka is the Gunners’ top scorer this season and the duo are only the second and third Arsenal player aged 21 or younger to score at least 10 goals in a Premier League campaign since Nicolas Anelka netted 17 in 1998-99.

The England international could have a field day against a brittle United’s back four on Saturday.

Having resurrected his career at the Emirates last year after a difficult spell at Real Madrid, the Norwegian has justified Arsenal’s decision to shell out just north of £30million to sign him permanently in the summer.

An almost ever-present figure for the Gunners this season, Odegaard has contributed six goals and four assists in 30 games – the second-highest tally for an Arsenal midfielder in both categories.

Bruno Fernandes has more goals and assists than Odegaard, but the Portuguese has been frustratingly inconsistent this season – aside from his persistent complaining to the referees, which remains on point. 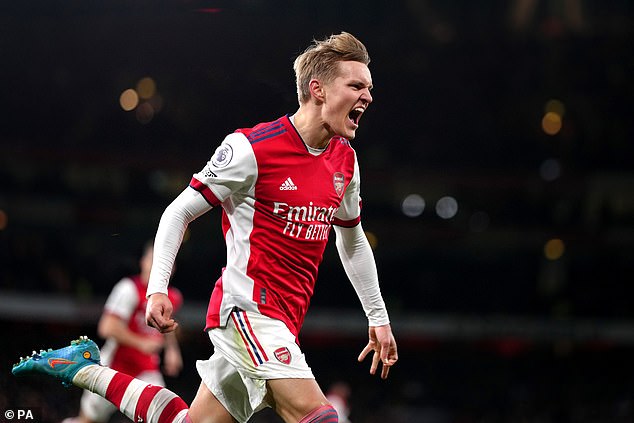 Martinelli started Arsenal’s first two games of the season, but only played 11 minutes of football in the next 10 games to combined.

Since scoring against Newcastle in November, however, the Brazilian hasn’t looked back and has started 15 of the Gunners’ next 19 matches and cemented his place in Arteta’s plans, scoring five goals.

Jadon Sancho endured a similarly slow start to the season following a £75million move to Old Trafford and while he has made steady progress, he has only shown glimpses his potential. 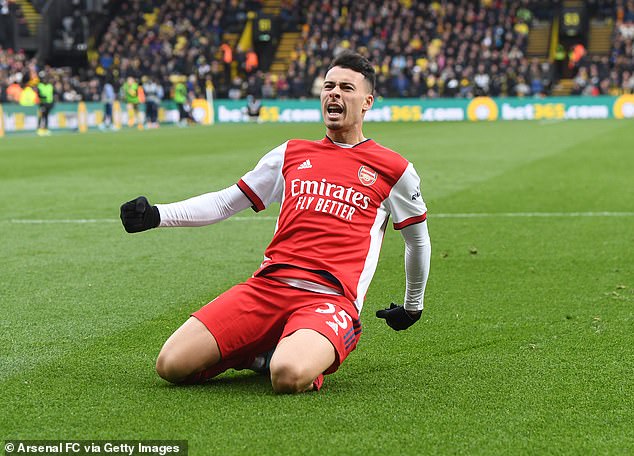 There’s no doubt the Portuguese, who is available for the trip to the Emirates after returning from compassionate leave, expected his second spell at Old Trafford to be rather different.

The merits of signing Ronaldo have been discussed ad nauseam and a decision over his future will be high on Erik Ten Hag’s in-tray.

At 37, Ronaldo may no longer be at the peak of his powers but only Mohamed Salah and Song Heung-Min have scored more goals than him in the Premier League this season. If United still have a slim chance of snatching a Champions League spot, it is largely down to him. 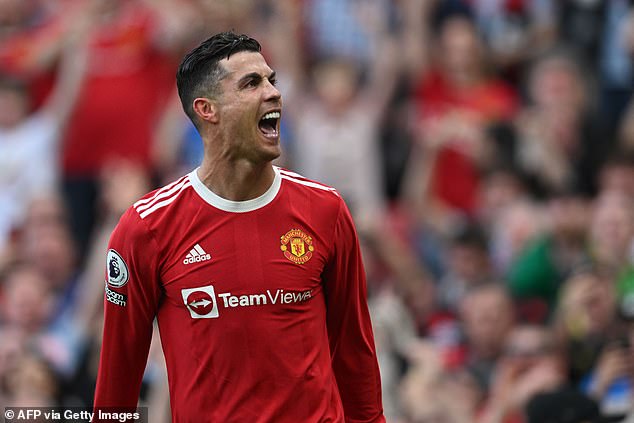 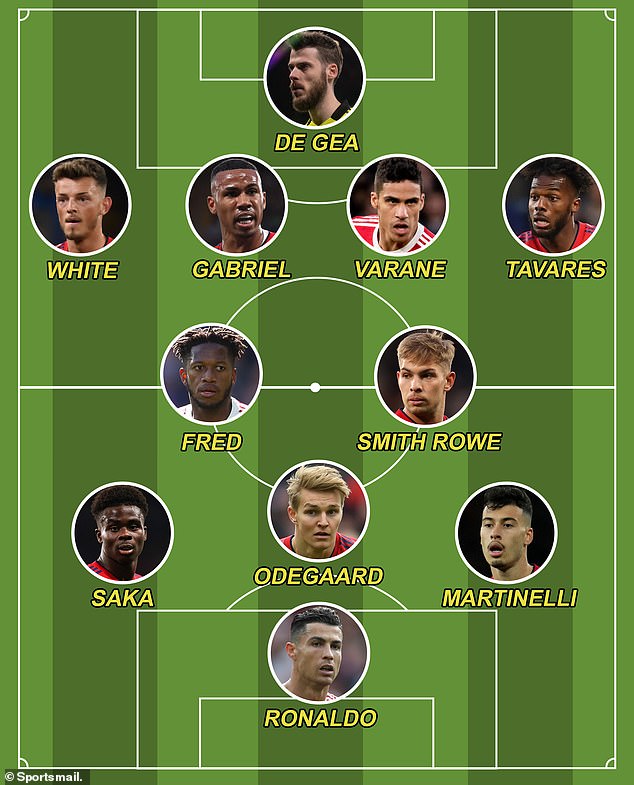