Giantkillers! The third round of the FA Cup allows minnows to dream of glory and a result for fans to speak of for years to come… so, which ties this year can provide a famous upset?

The FA Cup is always famed for its storylines.

Whether it is 30 years on from when Division Four Wrexham beat English champions Arsenal, when 200-1 Oldham Athletic beat Fulham or Wigan knocking off Manchester City in the final.

Ahead of the weekend’s third round ties, Sportsmail assesses each of them and looks at the likelihood of a shock… 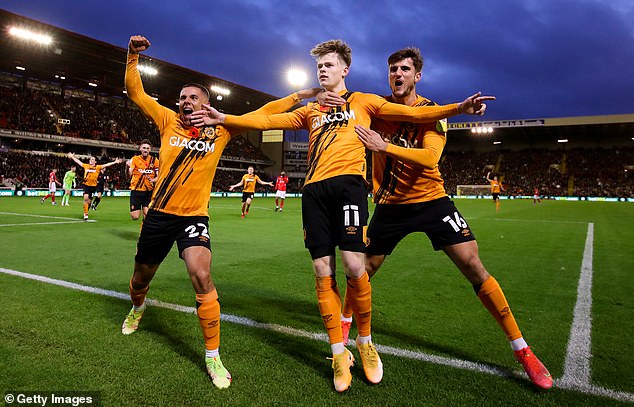 This south London derby could be the fiercest tie of the round, with a rare sellout crowd expected at the Den.

Millwall are one of just two teams (Cardiff are the other one) from outside the top flight to reach the FA Cup final in the the Premier League era, after player-manager Dennis Wise led them there in 2004. They were quarter-finalists in 2017 and 2019.

Crystal Palace are twice finalists, most recently when then boss Alan Pardew infamously danced on the touchline to celebrate his side going ahead late on against Manchester United in 2016.

Gary Rowett’s play-off-chasing Millwall are stubborn opposition and, despite being without star man Jed Wallace, they could cause problems for five-time FA Cup winner Patrick Vieira’s side.

One of four non-league sides left, Boreham Wood are in the third round for the second straight season, losing to Millwall last year.

Boss Luke Garrard had a four-year stint at AFC Wimbledon during their rise up the non-league pyramid.

The former defender has led his side to a Wembley play-off final and they are fourth in the National League table. The Dons are locked in a League One relegation scrap. 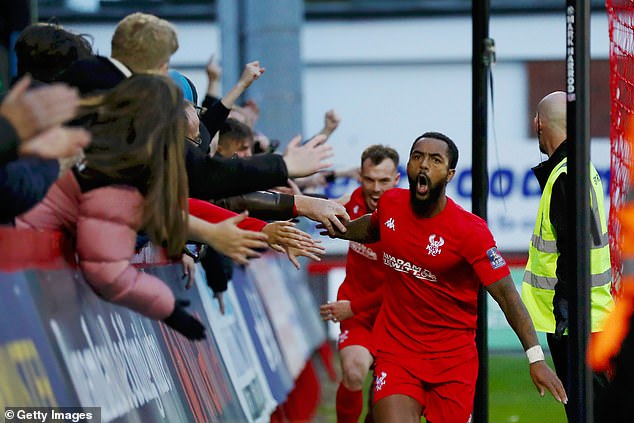 Kidderminster are the lowest-ranked side in the FA Cup.

The Carpetmen fell out of the Football League in 2005, then dropped into the National League North a decade later. Former journeyman midfielder Russell Penn is their boss and they are eight unbeaten.

They are looking to get to the fourth round for the third time and their star man is nine-goal striker Ashley Hemmings.

Twice semi-finalists Reading (1927 and 2015) are three points above the Championship relegation zone and will need to be wary of a shock.

Cambridge boss Mark Bonner has worked his way up from the club’s schools coaching programme to tutoring the Under-8s side, and is now first-team boss aged just 36.

Since back-to-back quarter-finals for a team starring Dion Dublin in the early 1990s, Cambridge have progressed past the third round just three times.

They are 16th in League One after an against-all-odds promotion last term and their star man is former Norwich midfielder Wes Hoolahan, 39.

Six-time winners Newcastle have been knocked out at this stage in five of the last 10 seasons and, with a thin squad, could be worried about a ‘cupset’.

They have toppled Premier League opposition twice, Southampton in 1994 and Everton in 1996, but have lost their last seven ties against top-flight teams.

Reliant on Tom Pope’s goals for so many years, the forward has now moved on, and Vale are enjoying the form of journeyman Jamie Proctor, at his 15th club, and former Manchester United starlet James Wilson.

Thomas Frank could rotate his Brentford team. The Bees have reached the last eight four times but not since 1989. 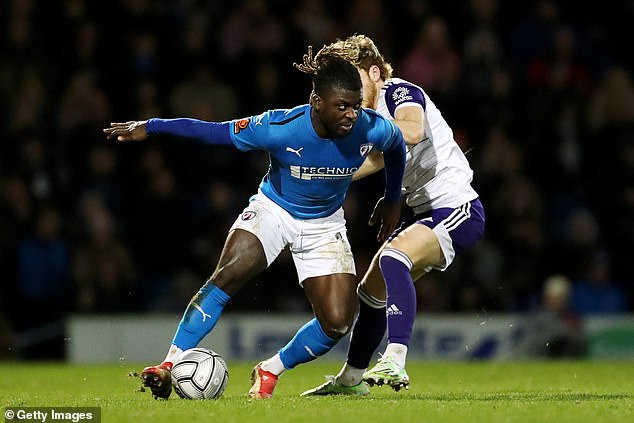 Non-league against the European champions, this would be one of the biggest upsets ever – but no team have a longer unbeaten run in England’s top five tiers than Chesterfield.

James Rowe’s Spireites are top of the National League and Kabongo Tshimanga has 19 goals this season.

A non-League club has knocked out a top-flight team just twice in 47 tries in the Premier League era – Luton at Norwich in 2013 and Lincoln at Burnley in 2017.

A great day out but a win would be astonishing against Chelsea, finalists in four of the last five seasons and boasting a squad full of international talent.

But with a raucous crowd expected and a Turkish takeover on the way, 2014 finalists Hull enter this match with nothing to fear.

After a poor start to the season, Grant McCann has lifted the club to 19th, thanks to star man George Honeyman.

They have not beaten top-flight opposition when not in the same division since 1973, against West Ham.

Five-time winners Everton have won just once since September and have lost their last three away FA Cup ties.

These sides last met in 2014 in the Championship. Since then, Bournemouth have spent five seasons in the Premier League and Yeovil have suffered three relegations in six years, plummeting into non-league.

Darren Sarll’s side are now 11th in the National League and are looking to reach the fourth round for the fifth time.

Scott Parker’s Bournemouth have put a bad run behind them and are top of the Championship, so should have enough to avoid a shock. 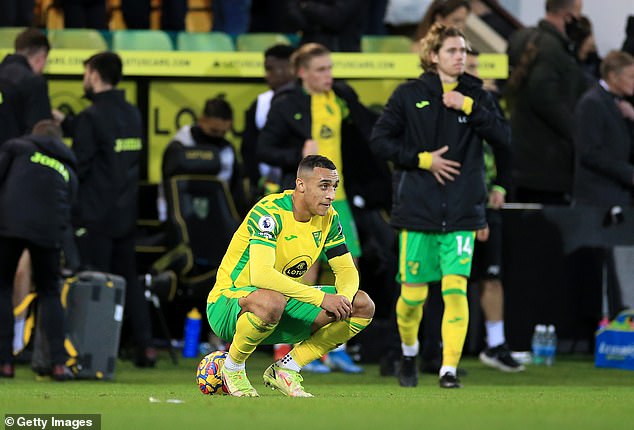 After a torrid start to the season in League One, Nigel Adkins was replaced in the Charlton hot-seat by former player Johnnie Jackson and they are now mid-table – despite losing their last two matches.

Charlton, winners in 1947, have not beaten Premier League opposition since 2000 and have lost 31 of their last 34 ties against top-flight teams.

But depleted Norwich have a dodgy record against third-tier teams, losing their last four such ties. They also have not progressed past the third round in six of the last eight seasons, so need to be wary here.

A repeat of 2020, when Shrewsbury took Liverpool to a famous fourth-round replay after a Jason Cummings double pulled them back from two goals down at the New Meadow.

Steve Cotterill is in charge at Shrewsbury, who are 14th in League One with an attack led by Ryan Bowman and Daniel Udoh.

Shrewsbury have played – and lost to – top-flight opposition in five of the last six seasons.

They have taken three of those to a replay, though, and if Liverpool are heavily rotated, as expected, they could face problems again.

Locked in a League One relegation scrap and having won just two away games all season, this trip will give Morecambe fans a nice day out. But a shock is unlikely against 2018 winner Antonio Conte, then at Chelsea.

This is just the Shrimps’ third tie against Premier League opposition, also losing to Chelsea last season and Ipswich in 2001.

But like last year when they faced Marine, even a young and rotated Spurs side should ease through. 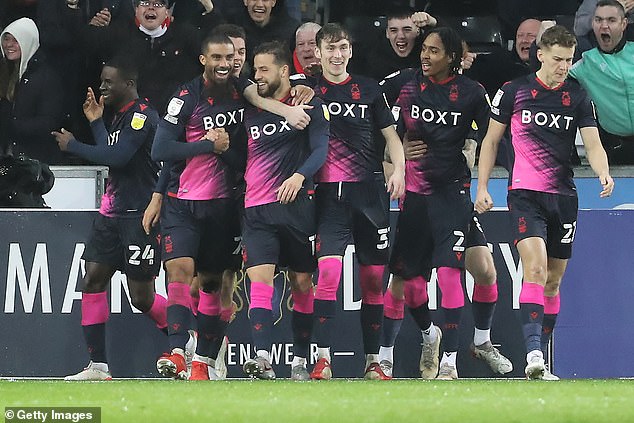 Twice winners Forest are flying in the Championship under new boss Steve Cooper, enjoying promotion form before a couple of recent losses. They have made two January signings already and their star man is Brennan Johnson, 20.

Arsenal have lost just one of their last 25 third-round ties – that was at Forest in 2018.

Eric Lichaj scored a brace that day and named his dog ‘Gunner’ after the win. But with 14 FA Cups to their name, Arsenal and Mikel Arteta usually take the competition seriously.