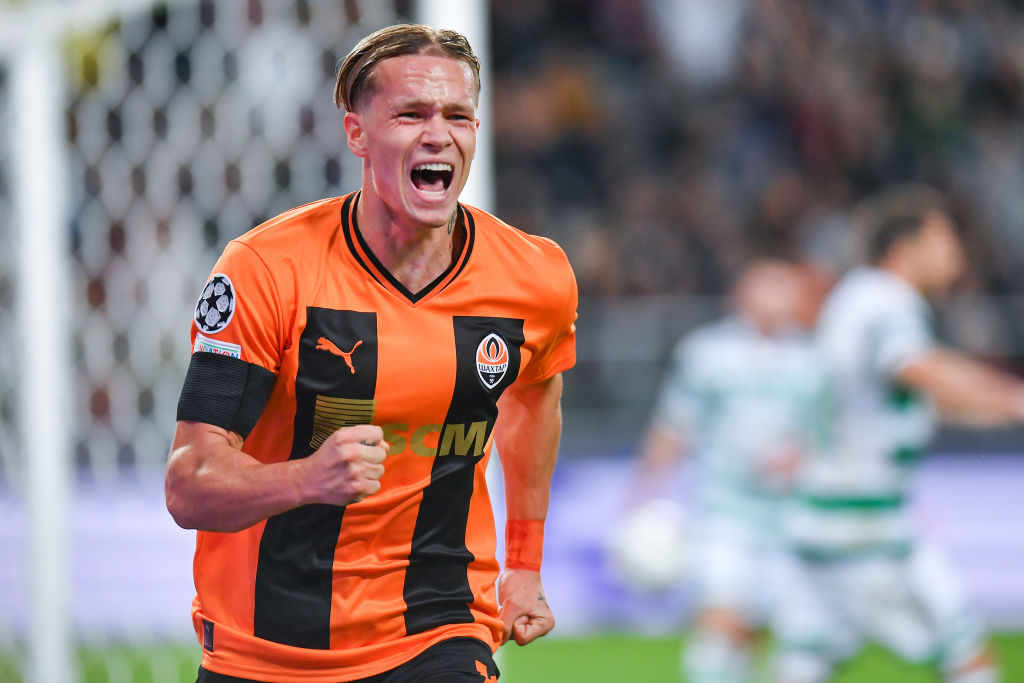 Shakhtar Donetsk winger Mykhailo Mudryk has told friends he expects to join Arsenal this month, despite interest from Chelsea.

The 21-year-old is at the centre of a tug-of-war between the Premier League rivals, who are both keen on signing the Ukraine international.

Shakhtar have already turned down an initial £40m bid from Arsenal, with the Ukrainians holding out for closer to £85m.

That’s a fee that the Gunners would not be willing to pay and though the two clubs remain locked in talks, Mikel Arteta’s side will walk away from negotiations if they feel the fee is too high.

That has opened the door for Chelsea to hijack the deal, with Todd Boehly keen to make amends for a chaotic summer window in which the club spent £300m.

Chelsea would be more willing to break the bank for Mudryk, particularly as they’re currently outsiders for a top four position.

But the Daily Mail say the winger has his heart set on a move to north London and told friends in the last fortnight that he expected to join Arsenal in January.

Arsenal’s interest in the winger stems back to last summer but they’ve ramped up a move this month due to injury to Gabriel Jesus.

The Brazilian is set for another two months on the sidelines after injury his knee at the World Cup.

Though Eddie Nketiah has filled in admirably, Arteta is fearful that is side are lacking the required firepower to win the title.