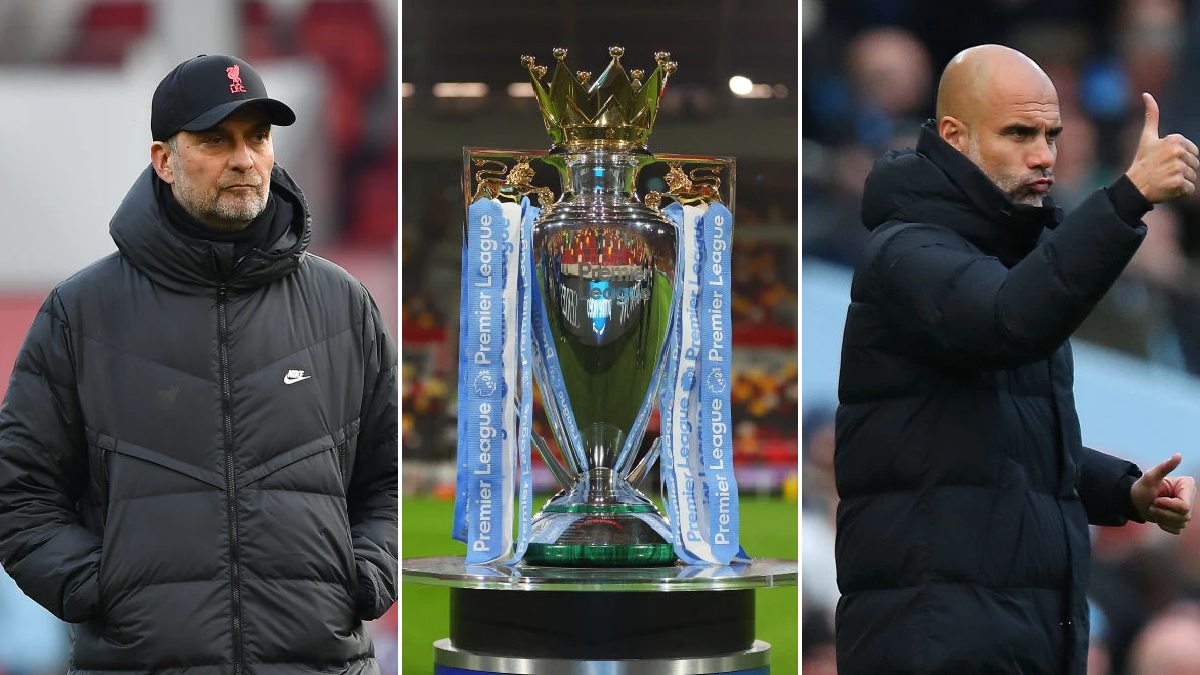 The Premier League title race has come down to the final race, with Manchester City and Liverpool once again leading the way.

Only one point separates Pepe Guardiola and Jurgen Klopp’s sides, with Man City currently ahead and seemingly on course for their fifth top-flight title.

Of course, there could still be a final day upset, as they host Steven Gerrard’s Aston Villa at the Etihad, while Liverpool face Wolves at Anfield for their final day fixture.

Football can be unpredictable, so while Man City may look like favourites to be crowned champions, there is still the chance Liverpool could come out on top and be on course to complete an unprecedented quadruple.

But what exactly do each team need to come out on top? We break down the title race and possible outcomes here…

What do Liverpool need to win the Premier League?

The Reds cannot realistically win the title without a victory against Wolves, so the mission is simple on Sunday: win.

If Man City win against Aston Villa then victory won’t be enough, so Klopp’s side will be hoping for a draw or a loss for the blue Manc side.

There are a couple of more unlikely scenarios that could play out, but it would require Man City to fall by six or more goals to Aston Villa.

Liverpool will win the Premier League in one of the following scenarios:

What do Man City need to win the Premier League?

For Man City, a win would secure them the title, no matter what the result at Liverpool vs Wolves.

If, however, Aston Villa were able to hold them to a draw – or even defeat Pep Guardiola’s side – then they would have to hope Wolves do the same to Liverpool.

Man City will win the Premier League title if:

What happens if they finish tied?

There is a list of tiebreakers to determine which club finishes above the other in the event they finish level on points.

The two fixtures between Liverpool and Man City this season both ended in draws, meaning that the head-to-head points and away goals in head-to-head matches are both even.

In the very unlikely – but not impossible – scenario that Man City and Liverpool end up on equal points and goal difference, a playoff game will have to be scheduled between the two sides.

This can only happen if Man City lose to Aston Villa by exactly six goals and Liverpool draws with Wolves, scoring exactly five more goals than Man City.

While it is highly unlikely that this will be the outcome, we will simply have to wait and see how the games unfold on Sunday.

What are the odds?

The current odds suggest that no one is ruling out a Liverpool victory quite yet.

Alex Apati of Ladbrokes said: ‘Jurgen Klopp and co will be hoping Liverpool legend Steven Gerrard can make up for 2014 by nicking a couple of points from City at the Etihad on Sunday afternoon… and at 9/2, plenty of punters are convinced a final day upset could be on the cards.’

The latest odds according to Ladbrokes are: