‘I was as surprised as you!’: West Ham full-back Arthur Masuaku admits he DIDN’T mean to go for goal with lucky late winner against Chelsea

Arthur Masuaku has admitted he did not mean to shoot for West Ham’s fortunate late winner.

As debate raged over his intentions among fans and pundits, the Congolese defender tweeted: ‘So, was it a cross or was it a shot? (hint: I was as surprised as you).’

Hammers boss David Moyes conceded that Masuaku got ‘lucky’ with the cross that flew past Edouard Mendy in the 87th minute but felt his side deserved the break. 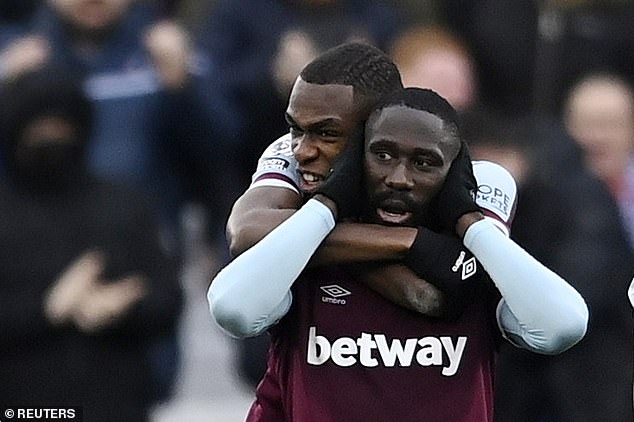 ‘It was a great cross!’ joked Moyes.

‘You have to get the ball in the box and we’ve all seen other types of goals from crosses where it has dipped over the goalkeeper in at the back post.

‘I think we have to say it is a bit of a lucky goal. You have to take what you get in football and today we got that goal to win.’ 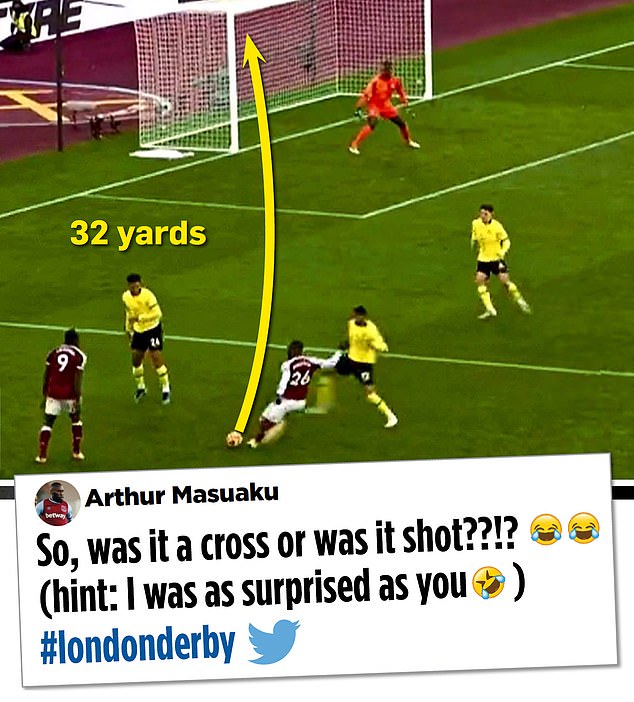 Moyes added: ‘I thought we played better against Liverpool. We didn’t play well enough in the first half today but I thought in the second half we improved greatly and that gave us a real chance.’