Declan Rice has emphasised his commitment to West Ham United after being named Mark Noble’s successor as new club captain. Rice has endured another summer of strong transfer links, most notably to Chelsea and Manchester United, and he’s explained the ‘annoying’ nature of the speculation.

In recent years, the 23-year-old has emerged as one of Europe’s hottest young midfielders and is now a fully-fledged England international. With that have come consistent links to the country’s biggest clubs, but West Ham have successfully priced interested parties out of a transfer so far.

Speaking ahead of the new season, Rice has stated that all the talk off the pitch is out of his control and insists his full focus is on performing for West Ham. He told Sky Sports: “Everyone knows my relationship with the players here, with the manager. 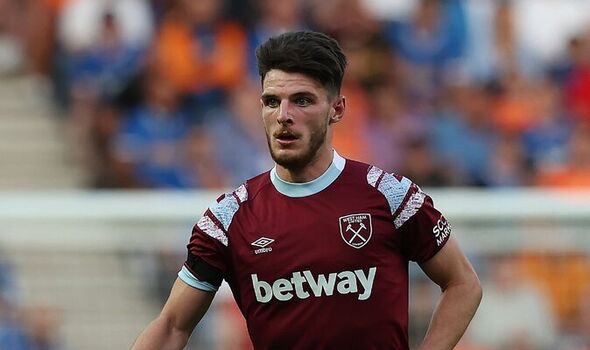 West Ham reportedly value Rice at £150m, and manager David Moyes publicly admitted that suitors would have to pay more than his £100m price tag from last year if they wanted to sign him this summer. But Rice has labelled the numbers that get thrown around his name as ‘annoying’.

“It is annoying, obviously, because of the numbers that get attached to your name,” Rice added. “Obviously, you can’t control that at all. This stuff, sometimes you read, and you see which, obviously, you don’t want to hear because it’s not really true in a way. 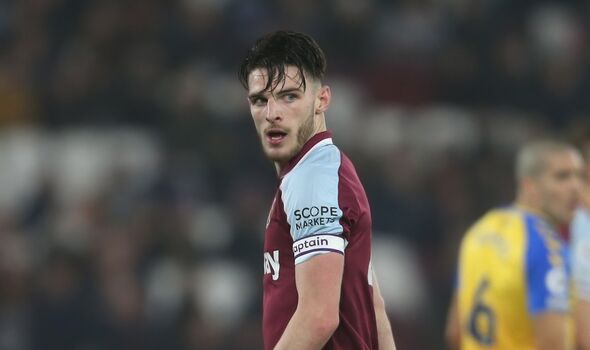 “But I can’t really control all of that. All I can do is go on the pitch and play football and be happy. For the last couple of seasons, that’s what I’ve done, and that’s the faith the manager’s put in me. So all that speculation stuff, that’s what comes with playing good, I suppose.”

Rice seems entirely focused on remaining at West Ham for the 2022/23 season after being announced as the club’s new captain. However, speculation will likely be rife again next summer, especially if he records another impressive campaign at the heart of Moyes’ side.