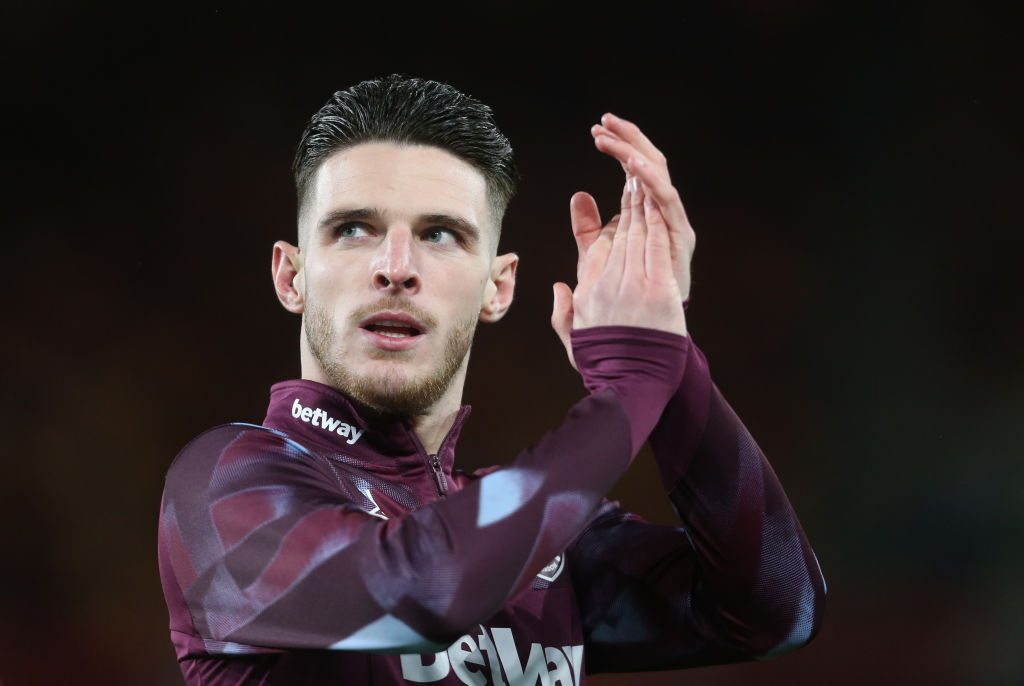 Arsenal have entered the running to sign Rice and are the current favourites to do so.

The England international was keen on joining Chelsea in 2020 when Frank Lampard was under the helm and the Blues have retained a strong interest in the midfielder ever since.

Rice came through Chelsea’s academy before being released and a return to Stamford Bridge had long been thought of as the most realistic destination for the midfielder.

However, with Chelsea spending more than £400m over the last eight months and other avenues such as Manchester United and Manchester ity closed off, Arsenal are now the frontrunners.

Initial reports have suggested Arsenal would be willing to break their transfer record to sign Rice, with the Gunners valuing him at around £75m.

But the Evening Standard say West Ham value Rice at more than £100m and will seek ‘well north’ of that figure to sell the midfielder.

Rice’s current deal expires in 2024 but the Hammers have the option of extending that by a further 12 months.

The midfielder’s made no secret of his desire to play Champions League football and the Gunners are certainly on course for that.

Mikel Arteta’s side have an eight-point lead at the top of the Premier League table.