With one goal since New Year’s Day, David Moyes is right to call on Michail Antonio to stand up and be counted… West Ham’s No 9 has gone cold at the worst time and with a European final in touching distance, he HAS to deliver against Frankfurt tonight

David Moyes has been in football long enough to know that a striker struggling for goals is reason enough to sound the alarm.

‘If you are a centre-half or a goalkeeper you have to keep the ball out of the net, and centre-forwards have to get the ball in the net,’ the Scot said.

‘That’s their job, so we need [Michail Antonio] to do that for us as well. You might not get five or six shots, you might only get one and your conversion rate has got to be good. 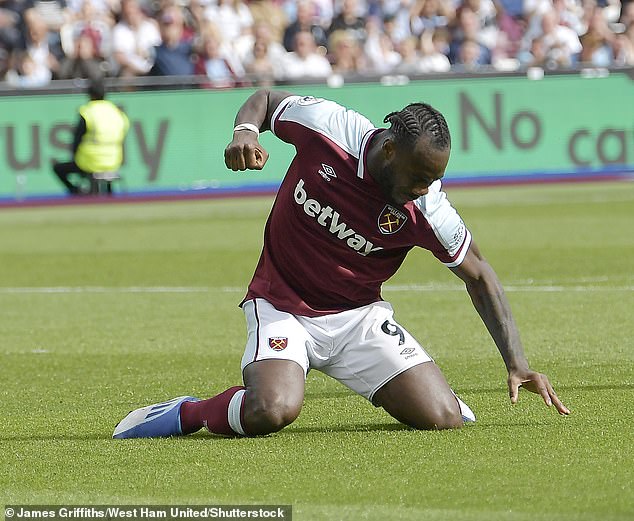 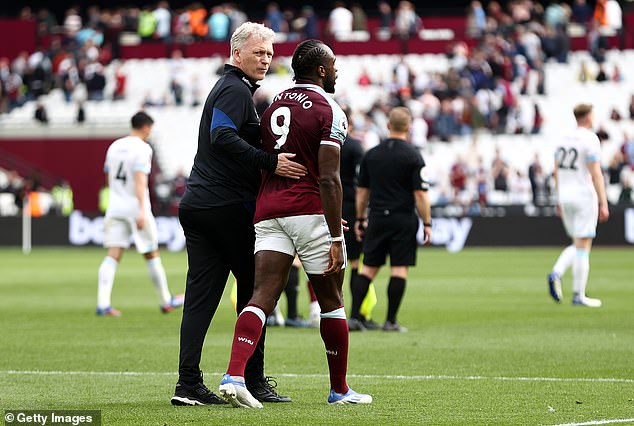 ‘You’re not getting five one-on-ones with the goalkeeper, you might only get one of them a game and you have to be ready to take that one.’

And he’s right. As West Ham finish up their preparations for their first European semi-final since 1976, chances could prove to be at a premium. Taking them will decide if this fairytale run reaches the final in Seville’s Ramon Sanchez-Pizjuan Stadium.

Much of the scoring burden falls to Michail Antonio. With the No 9 on the back of his shirt and as the focal point of Moyes’s 4-2-3-1 system, it comes with the territory.

Only the burden seems to be weighing down on him. Heavy.

For a player who managed four goals and three assists in his opening three league matches this season, the Jamaican international has managed just one goal since New Years Day, in a FA Cup fifth round defeat to Southampton.

‘If he’d got a couple of goals last Sunday you would say he was back in form, but the goals are missing,’ Moyes added.

‘His all-round performance has got better in the last month or two, at Lyon he was very good.

‘We can get him to assist and make goals because he is a focal point, but ultimately we’re at the business end.’ 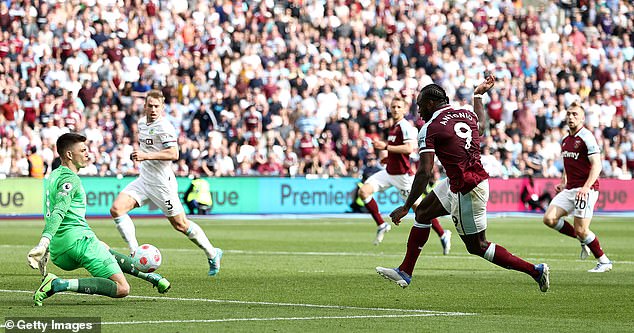 That is why a turnaround is required heading into Thursday night’s match-up with Eintracht Frankfurt. Decisive contributions from here on in will transform the narrative around his finishing in an instant.

Admittedly, the Europa League has not been a happy hunting ground for the former Tooting & Mitcham player.

Antonio has just the one goal – in the first match against Dynamo Zagreb – and two assists from 587 minutes of action.

For much of Antonio’s time in east London it has been injuries that have soured his campaigns.

Hamstring and muscle problems have dogged recent seasons and yet this season fitness has not been the issue, allowing him to play more in a single season for West Ham than he ever has before.

Taken out of the side along with Declan Rice and Jarrod Bowen for the weekend trip to Chelsea – a rare chance of a rest for some of Moyes’s key men – Antonio could barely hide his disappointment.

‘I’m not going to lie to you. It hurt me. I’ve not spoke to the manager but it hurt me,’ Antonio said on the BBC’s Footballer’s Football Podcast. 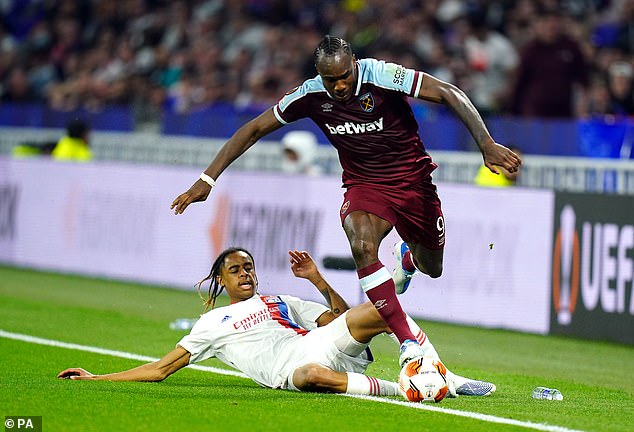 ‘When I’m fit I want to play. The fact is over the last few years my injuries, I’ve not been able to stay fit.

‘So I was upset I didn’t get on, but the gaffer had different plans. We have a massive game Thursday, I don’t know if I’m playing, but I’m hoping that’s the reason I didn’t get a run out, to keep me fit for that.’

Antonio will almost certainly play, with Bowen in behind him, but now is the time to arrest a slump that has played a role in part to their top four hopes fading in recent months.

There are other reasons, namely a defensive shortage, particularly at centre back, and team-wide bad performances. Anyone outside of Liverpool and Man City has a number of those per season.

Antonio’s unselfishness has a role to play, too. Matching his 10 goals with 10 assists shows his effectiveness as a facilitator. Only with no recognised strikers at his disposal, Moyes needs Antonio to get tunnel-vision to fire them to the final.

‘Recognised striker’ is an interesting term in and of itself when it comes to Antonio.

Here is a player that learned his craft with Tooting & Mitcham before rising through the ranks with Reading, Southampton, Sheffield Wednesday and Nottingham Forest, where West Ham picked him up from in 2015.

Not as a striker, it should be added. Not originally, anyway. 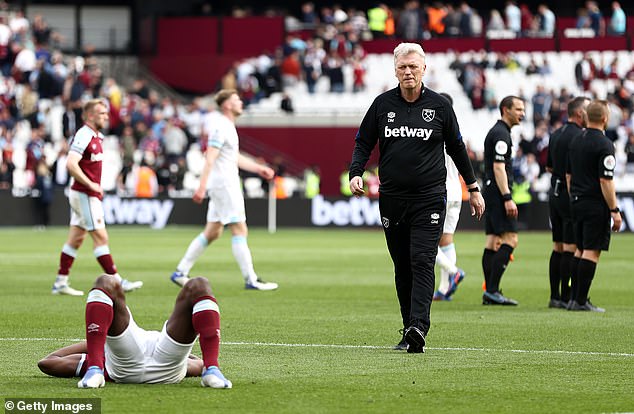 ‘Iron Mike’, as he is known among supporters, arrived as something of a utility man, capable on both wings and equally adept at full-back.

‘He can be a great right back like Antonio Valencia of Manchester United,’ Slaven Bilic said when Antonio was signed.

Fast forward to Moyes shaking the group up and after the Scot had all but written off a long-term future at the club for Sebastian Haller – now thriving with Ajax and incoming Manchester United boss Erik ten Hag – he turned to Antonio as his main man through the middle.

‘I hated it at first,’ Antonio told Sky Sports at that time.

‘When you’ve got your back to play, they [defenders] come through the back of you. You’ve got to be able to take that hit, and then control the ball, and then find the pass.’

He’s come up big for them before, helping keep them up in 2019-20 and now it is time he steps up and takes the goals burden on his shoulders.

Moyes was right to call on the Jamaican to stand up and be counted now more than ever.

The old cliché of one goal to turn a striker’s form around rings true and for Antonio that has to start on Thursday. If West Ham are to finish with a trophy in their hands they need their No 9 to stand up and be counted in the biggest moments of all. 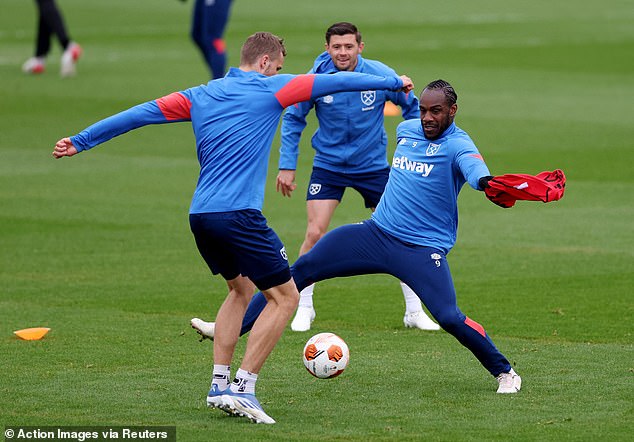