David Moyes has been backed by the West Ham board with the £15million signing of Chelsea defender Emerson Palmieri as he looked to halt the poor start to the season. The West Ham board have sanctioned the signing of the 28-year-old on a four-year contract with additional one-year option after the Hammers lost the opening three games.

It was hoped that a wholesale overhaul of the squad this summer would have led to a more promising beginning to the campaign, and it is hoped that the highly-decorated Brazilian-born Italian can help get things back on track.

West Ham return to Premier League action against Aston Villa, who have also had a tough start, at the weekend. They are hoping Emerson can help kickstart their season with a win at Villa Park.

Their new left-back has won the Champions League and Europa League as well as the European Championships after playing in the final against England at Wembley just over a year ago. 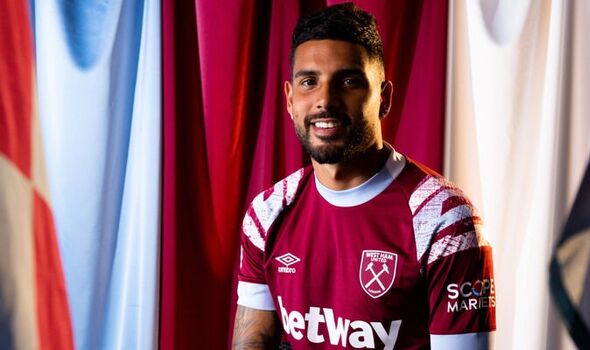 But he is more than happy to swap being an Azzurri for club and country to wear the claret-and-blue of the Hammers, for whom he will wear the No 33 shirt as the club’s seventh signing this summer. He follows Gianluca Scamacca, Alphonse Areola, Flynn Downes, Maxwel Cornet, Nayef Aguerd and Thilo Kehrer.

“The history is so, so big for this team and so when I knew about the interest for sure I said ‘Yes, let’s go, I want to go there’ and I’m here now! I can’t wait to get started in a West Ham shirt.” 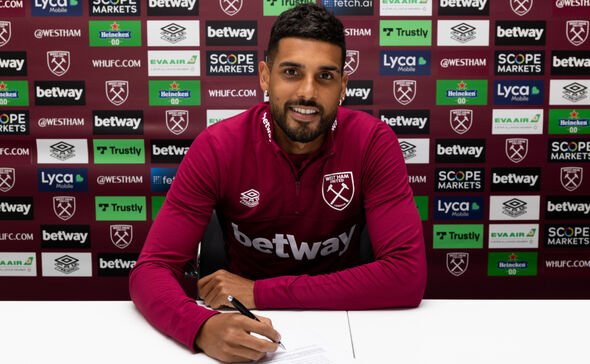 A relieved Moyes said the whole team would benefit from Emerson’s winning mentality. “We are very pleased to welcome Emerson to West Ham United,” the West Ham manager said.

“He is an experienced player with a good pedigree, who has enjoyed great success at both club and international level in recent years.

“He will give us strong competition in defensive areas and brings a winning mentality that we are looking to build here at West Ham. We look forward to working with Emerson and wish him all the very best in his career with us.”