Manchester United had one player labelled “weak” despite the Red Devils claiming a 3-1 win over Arsenal on Sunday. New signing Antony made a dream start on his debut by scoring the opening goal in the first half, before Bukayo Saka equalised in the second half for the Gunners and then Marcus Rashford latched onto Bruno Fernandes’ through ball to fire past Aaron Ramsdale to re-take the lead for United, and then the England man got his second by finishing off a counter-attack.

Arsenal had the ball in the net prior to Antony’s finish in the first half, as Gabriel Martinelli finished past David De Gea to cap off a swift counter. However, as Martin Odegaard robbed Christian Eriksen of possession to begin the move, he was adjudged to have fouled the Danish midfielder when the goal was pulled back by VAR.

Odegaard was seen remonstrating with the referee at half-time after the weekend’s latest VAR controversy, as West Ham and Newcastle both had goals chalked off to much surprise by fans and pundits. Former Chelsea striker Jimmy Floyd-Hasselbaink did not believe that Odegaard fouled Eriksen, however, and that the United player was simply “weak” in the challenge.

“I think it’s ridiculous that they went back to that,” Hasselbaink told Sky Sports. “I don’t think it is a foul. They have changed, they’re saying they’re going to be more lenient, yes there is contact. Eriksen is just weak there, it’s just a turnover and play and transition. He doesn’t make contact with the ball but you’re allowed to have contact with players and he’s just being weak for me, it’s not a foul.” 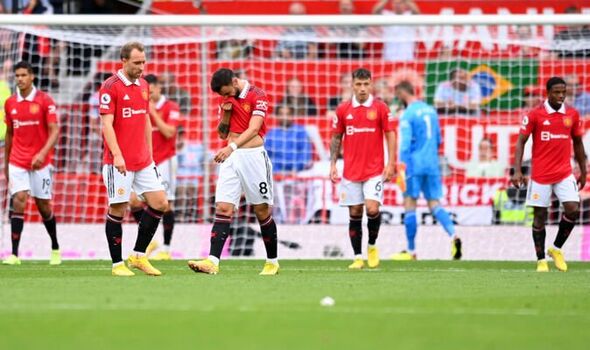 Manchester United icon Roy Keane, on the panel with Hasselbaink, explained that the decision was made because the Arsenal midfielder did not play the ball. “Yeah it’s soft, of course,” Keane admitted.

“But what helps United, Odegaard doesn’t get a touch on the ball. We’ve played in a different era, it’s not a foul but in today’s game, you get touched [and it’s a foul]. They’re all doing it, a few times in the game players are staying down when they’re touched – I don’t like to see it. But the way the game’s going, it is a foul.” 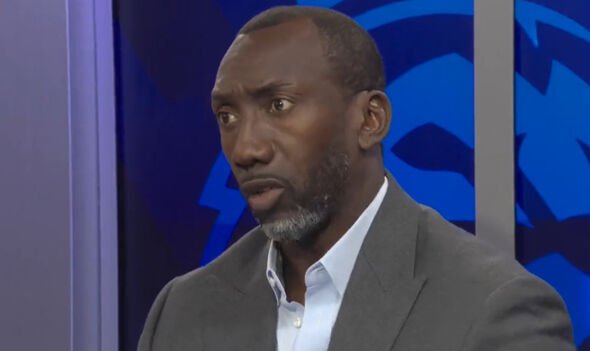 Hasselbaink replied by claiming that not all contact between players is a foul. “You don’t have to touch the ball,” Hasselbaink said. “He’s not kicking the player, he’s just coming in contact with him and that’s allowed. That’s what they want, they want it to be more flowing, why is that a free-kick?”

Gary Lineker led the complaints after another VAR controversial call across the weekend. “Here we go again,” Lineker tweeted. “VAR is so tedious.”