‘We need goals from our front players’: Arteta warns shooting stars Gabriel Jesus and Eddie Nketiah that they need to start scoring… with neither having found the back of the net in Arsenal’s last SIX games

Mikel Arteta has told Gabriel Jesus he needs to start scoring again if Arsenal are to maintain their fine start to the season.

Neither the Brazilian nor Eddie Nketiah has found the net in Arsenal’s last six games, during which time the side’s performances have started to suffer.

Only once in that run have the Gunners scored more than one goal and they have paid the price recently, drawing at Southampton before being beaten by PSV Eindhoven on Thursday. 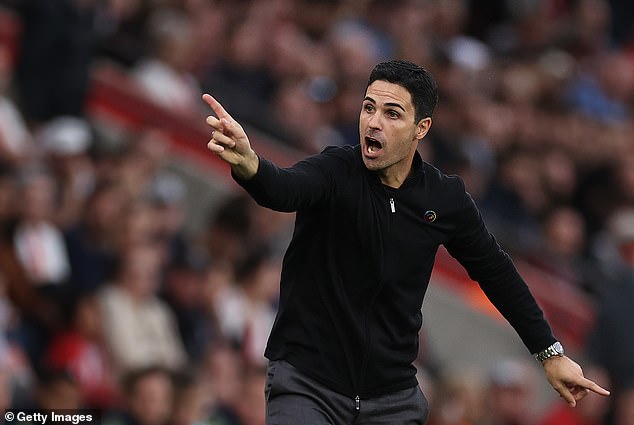 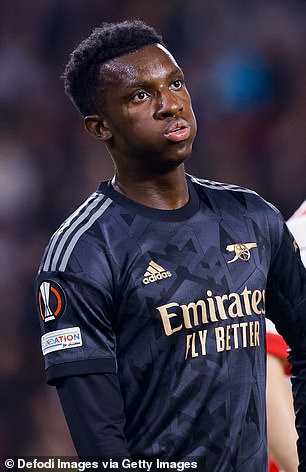 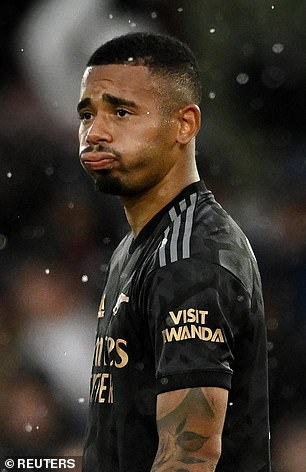 ‘We need goals and we need goals from our front players, that’s for sure, to win the games and to give us bigger margins,’ said Arteta.

‘That run of a lack of goals has to end for us to be in a position to win more matches.’

Arsenal’s Europa League commitments mean they have been playing every Thursday and Sunday in recent weeks.

That makes training between matches tricky and the club’s busy schedule will not let up before or after the World Cup.

‘Training is very restricted but sometimes it’s a lot of mental things you can work on and discuss. And experiences they’ve had,’ said Arteta. 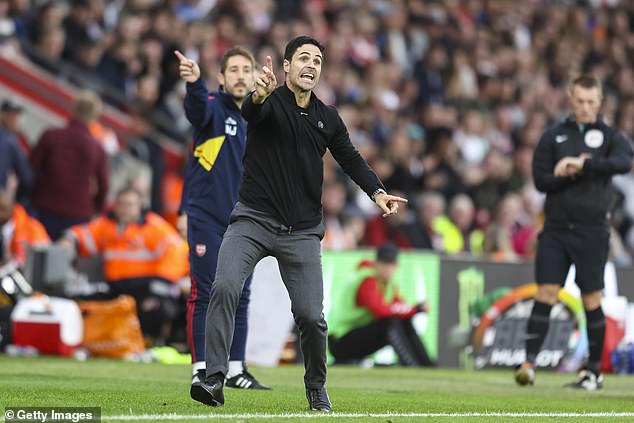 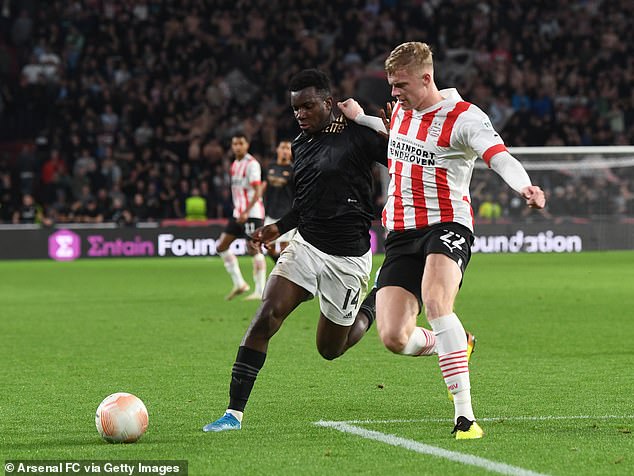 ‘It’s not the first time Eddie or Gabi have been five games without scoring a goal in their career, that happens to any striker I’ve known of. And you have to deal with that, it’s part of their job.’

Arsenal will look to return to winning ways against Nottingham Forest today and Arteta added: ‘We have been incredibly good at home and we have to see a different side.’