The Wales World Cup squad has been forged in principles of Rhondda Valley rugby union country, just as the last one was in 1958.

Rob Page and Jimmy Murphy, the managers of the respective squads, were brought up three miles apart in adjacent valleys, on opposite ends of the hilltop St Mary’s Wells, one of the nation’s most sacred sites.

The two never met before Murphy’s death, though modesty is a characteristic they share. Murphy, Sir Matt Busby’s assistant at Manchester United, never liked a fuss. 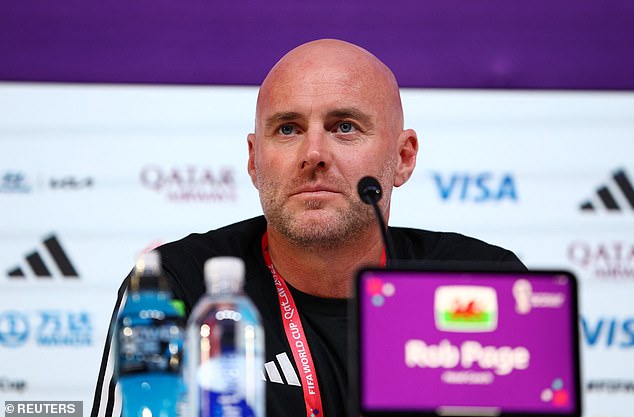 He never discussed how the young players, who viewed him as a father, were killed in the Munich air disaster, which he avoided by taking Wales to a World Cup play-off in 1958. Blink and you would miss the blue plaque to Murphy on the end terrace of Treharne Street, in the village of Pentre, where he grew up.

A blue plaque for Welsh poet and writer Rhydwen Williams, a few doors down, is far more prominent.

Murphy, who rebuilt the United team as Busby recovered from terrible injuries sustained at Munich, has become a regular reference point for Page in the build-up to the tournament. He visited Murphy’s house before a squad announcement event at the miners’ welfare hall in Tylorstown, where he himself was brought up.

‘When you see what was going on at that time with Man United, it’s so affecting,’ Page said of Murphy. ‘How he had to step up to the plate and get a team and rebuild a team.

‘He was not on that flight because of what he did with Wales. To show that resolve and commitment and knowledge of the game back in those days was incredible.

‘Life wasn’t easy with the closures of the pits. A lot of the industry then was outside of the valleys so you were going further afield to put food on the table for your family. 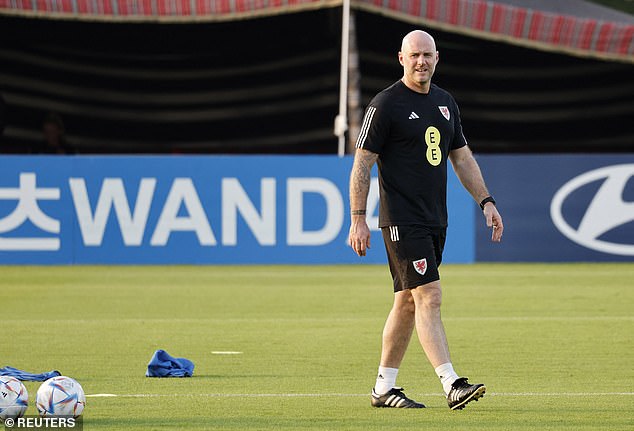 ‘That’s when people rally around each other and help each other out. The achievement they had as a group was typical of valley mentality. In adversity, we will find strength and make a bad situation good.’

A childhood in the valley meant that football could be hard to find. ‘I played a lot of rugby back then. There were no football pitches,’ Page said.

‘When we got to forms three and four, it was all about rugby. The nearest football pitch to us was Maerdy, the last village right at the top of the valley. That was interesting on a winter’s day. It was open and the rain would be driving down the valley.’

Times have changed since Murphy went to the Sweden finals with a Wales side studded with two superstars — John Charles and Cliff Jones —just like this one.

The players knew Murphy as ‘kick, b*****k and bite’ and he did not believe in tactics.

But Page said the old Rhondda principles still apply. ‘The sense of community — everyone playing their part — is what our team is all about.’