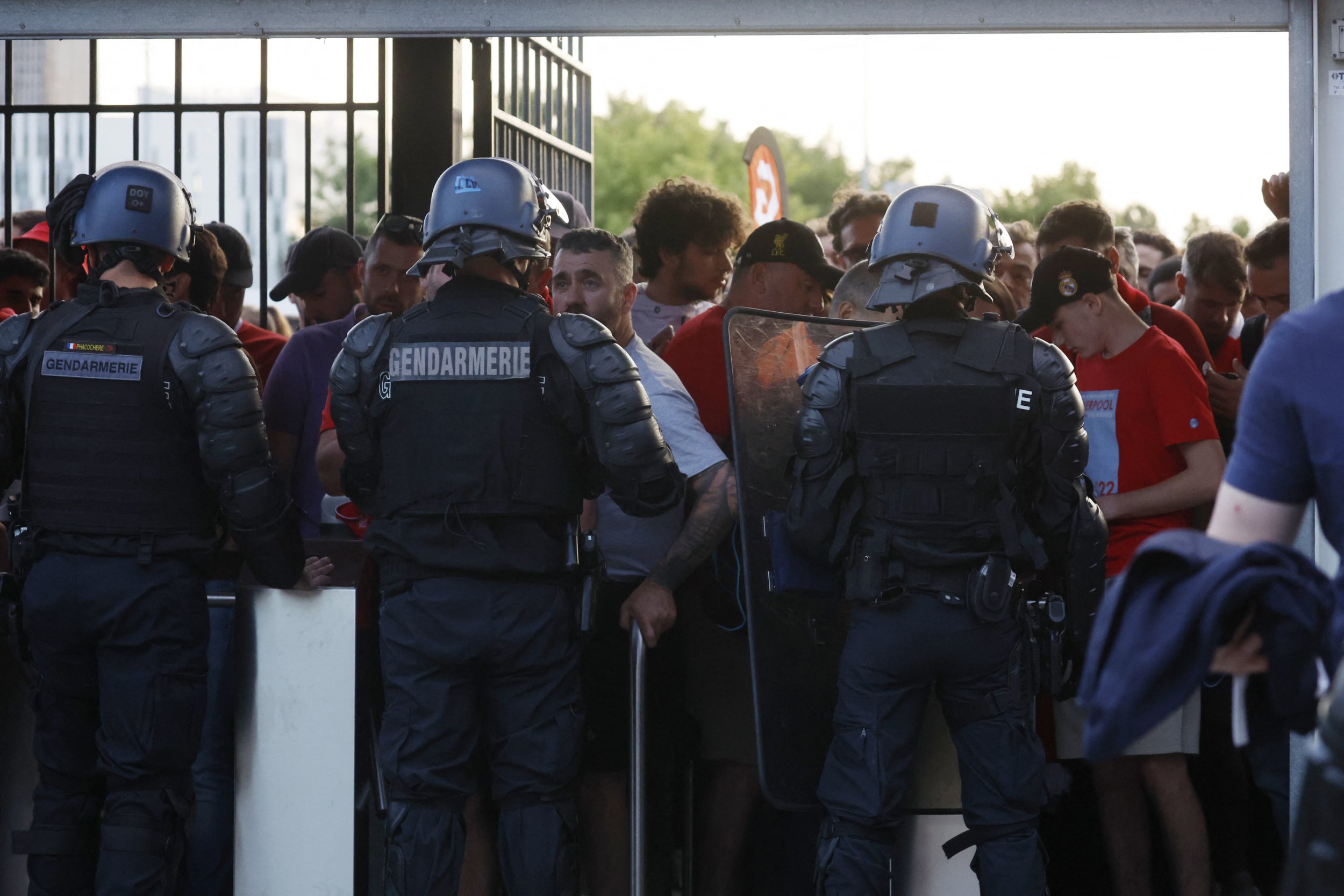 An independent report into what happened in and around the Stade de France during the Champions League final has been commissioned by UEFA.

There were distressing scenes before the match in Paris as Liverpool fans were held for hours in a small space, unable to enter the stadium despite holding tickets for the match.

Police tear-gassed the crowd as more people pushed to join in from the back and caused crushing, with serious injury very fortunate to have been avoided.

French authorities have blamed thousands of people trying to enter the stadium with fake tickets, while the the French interior minister Gerald Darmanin even blamed Reds boss Jurgen Klop for encouraging fans to go to Paris if they don’t have tickets.

Liverpool Football Club have denied their fans were at all in the wrong and called for an independent review, which they have got.

A UEFA statement read: ‘UEFA has today announced it has commissioned an independent report into the events surrounding the UEFA Champions League final in Paris on Saturday, May 28.

‘The comprehensive review will examine decision-making, responsibility and behaviours of all entities involved in the final.’

This came after Liverpool CEO Billy Hogan said they were pushing for just this earlier on Monday.

‘We’ve also noted our deep concern about the false information that’s being circulated, while really urging UEFA to agree to an open and transparent investigation into everything that happened on Saturday night.’