Why don’t you come on over, Valery? Tunisia are attempting to persuade Southampton defender Yan to switch international allegiance ahead of the 2022 Qatar World Cup, with the Frenchman eligible through his mother

Tunisia are targeting Southampton defender Yan Valery ahead of their World Cup campaign in Qatar.

The North African nation are preparing for their next get-together in June and hope, by then, to have been successful in their attempts to persuade the versatile Valery to accept a senior call-up.

Valery, who impressed after being recalled to Southampton’s starting side on Saturday in their 1-0 win over Arsenal, has represented France, his country of birth, at youth level, playing for their under-17 and under-18 sides. 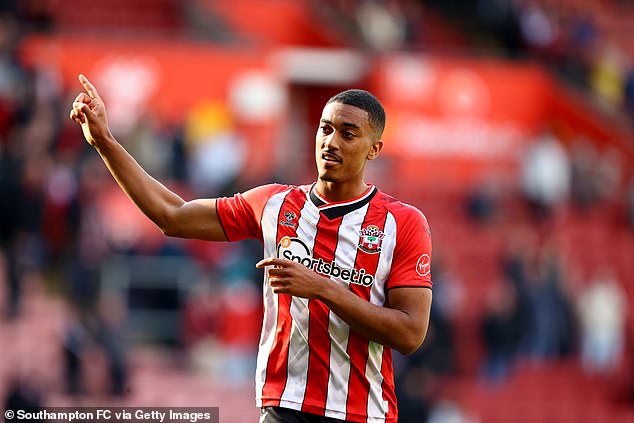 But Tunisia hope the prospect of playing at the World Cup at the end of this year could be a decisive factor in helping them convince Valery to switch his international allegiance. Valery is eligible to represent Tunisia through his mother.

Tunisia qualified for their sixth World Cup after edging out Mali in their play-offs last month and have targeted Valery to bolster their squad.

Valery, a right-back who has reinvented himself as a centre-back this season, was recalled by Ralph Hasenhuttl against Arsenal to help stiffen a Southampton defence that shipped six goals in their previous outing against Chelsea. 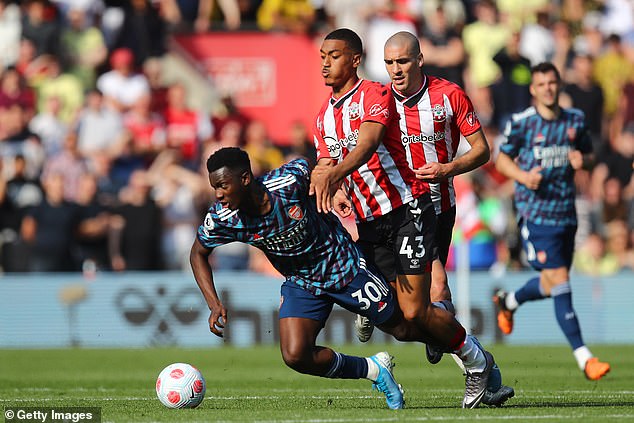 Valery, a right-back who has reinvented himself as a centre-back this season has impressed

Hasenhuttl’s changes worked as Valery continued his impressive record when starting this season and improved his chances of getting more game time between now and the end of the campaign.

Valery has proved to be something of a lucky charm for Southampton this term, not losing any of the eight games he has started in 90 minutes.

Chelsea needed penalties to edge Southampton and Valery out of the Carabao Cup in October but Hasenhuttl explained last month how that was the night the youngster emerged as a genuine centre-back option. 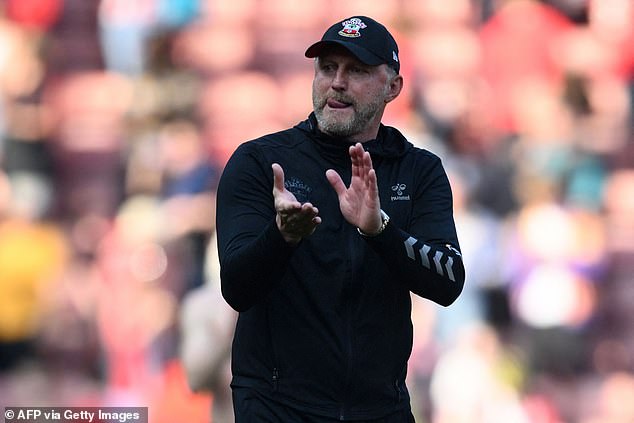 ‘When we played the cup game against Chelsea and he played in a back three,’ he said.

‘I knew he was strong there, but now getting in the back four and defending in a four it is much different and you need to have more quality to read the game and be smart in some moments.

‘But he has been fantastic, I must say.’