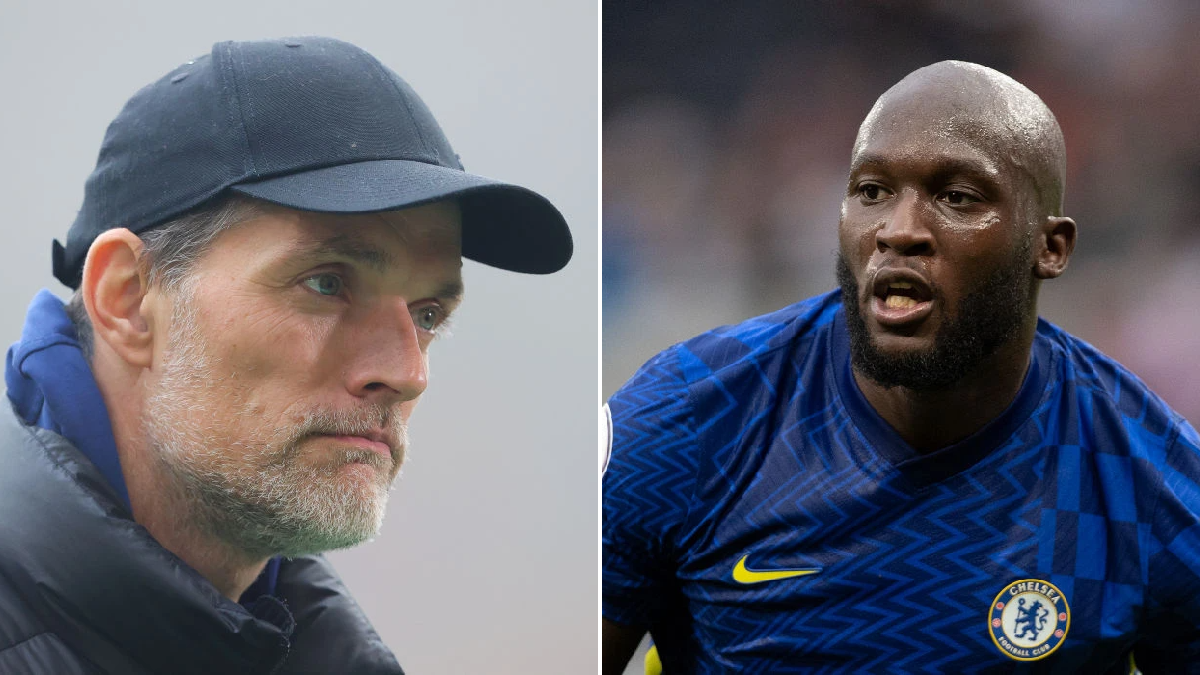 Thomas Tuchel is considering two punishments for Chelsea striker Romelu Lukaku after his controversial interview about the club and his desire to rejoin Inter Milan in the near future.

In an interview recorded several weeks ago but aired on Thursday, Lukaku admitted he was unhappy with his situation at Stamford Bridge.

‘I’m not happy with the situation, this is normal,’ Lukaku said at the time. ‘But I am a worker and I must not give up.’

Lukaku returned to Chelsea over the summer in a £97.5m transfer deal from Italian club Inter Milan.

The Belgium striker added to Sky Sports Italia: ‘I want to say a big apology to the Inter fans because I think the way I left should have been different.

‘I really hope in the depths of my heart to return to Inter, not at the end of my career, but at a still good level to hopefully win more.’

Many Chelsea fans have reacted badly to Lukaku’s comments and former England stars Darren Bent and Trevor Sinclair have now urged the 28-year-old to apologise to the club’s fans.

Tuchel admitted Lukaku’s comments did not help the club at his pre-match press conference on Friday and the Blues boss is now considering punishing his striker, according to the Daily Telegraph.

It is claimed that Tuchel is weighing up dropping Lukaku for Sunday’s Premier League clash with Liverpool and could even leave him out of Chelsea’s matchday squad entirely. Lukaku may also face a fine for giving an unauthorised interview.

Tuchel says Chelsea must be realistic about their chances of catching Pep Guardiola’s side, who he has described as ‘relentless’ and a ‘winning machine’.

‘They know what it takes to produce these high-point seasons over and over again,’ said Tuchel, speaking before City’s win over Arsenal on Saturday.

‘We will never stop believing or pushing but we have to be realistic. It is a winning machine. It is not only about having an advantage, it is making it an advantage.

‘They are good. Very good. They are relentless. We have to admit where we come from one year ago. When you look at 2021 [last season’s league table], we are 20 points behind.

‘You have to be careful that you are ambitious but not over-ambitious and do not to get frustrated by not catching Man City in the first half year.’