‘Every time Arsenal go into a big game they have a head loss!’: Trevor Sinclair blames Mikel Arteta being ‘animated and agitated’ on the sidelines for his side’s collapse at Spurs… as he insists they ‘HAVE to be more controlled’ to get top four

Trevor Sinclair believes Arsenal manager Mikel Arteta must take the blame for his side’s lack of discipline in big matches after the Gunners were reduced to 10 men during their 3-0 north London derby defeat against Tottenham on Thursday.

Rob Holding became the sixth player to be sent off for Arsenal this season when he was dismissed in the first half for two fouls on Heung-min Son.

Arsenal have also had players shown red cards in games against Manchester City and Liverpool this term, and Sinclair feels Arteta’s demeanour on the touchline is affecting his team’s decision-making in key moments. 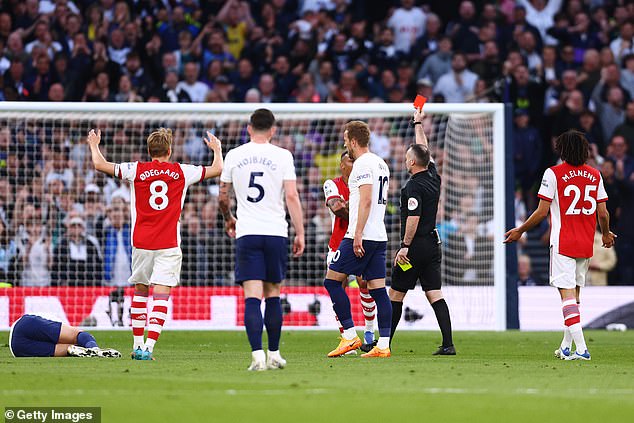 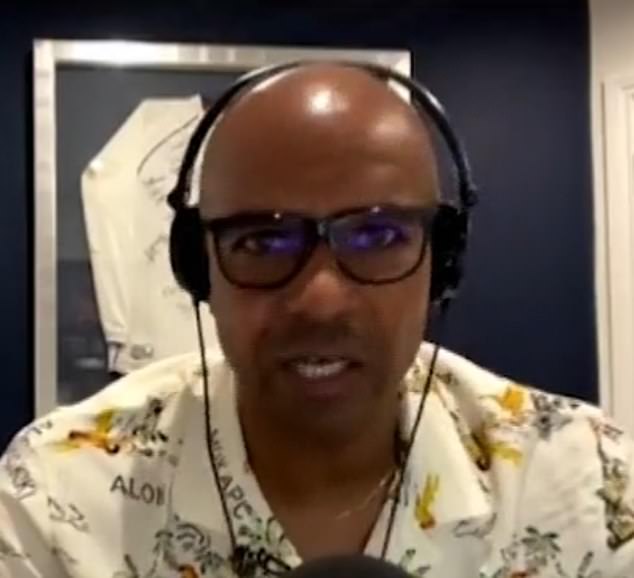 ‘I struggle to be able to defend how they’ve gone into that game,’ Sinclair told talkSPORT.

‘Six red cards this season – Gabriel, Xhaka, Martinelli, Holding – the list goes on. Every time they go into a big game, they have head loss.

‘For me, it’s not one individual player, it has to come from the manager. He’s agitated, he’s animated on the side.’

Arteta refused to criticise his players after their loss, instead choosing to blame the officials for the decisions that went against his side.

Sinclair saw things differently, though, and claimed that Arsenal must learn to control their emotions better when coming up against top opposition. 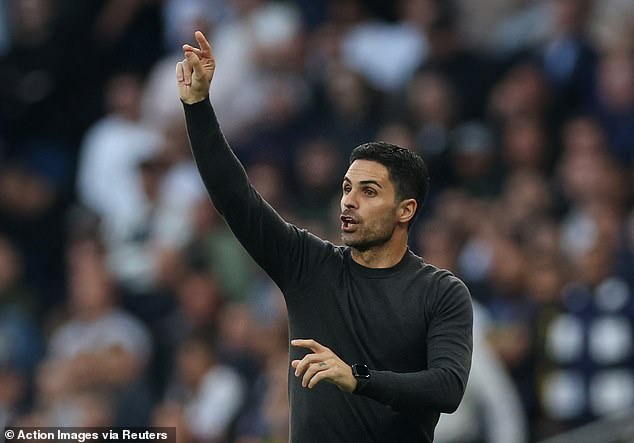 Arsenal’s ill-discipline is threatening to derail their top-four hopes as they are now just one point ahead of fifth-placed Tottenham, leaving them with no margin for error heading into their final two fixtures.