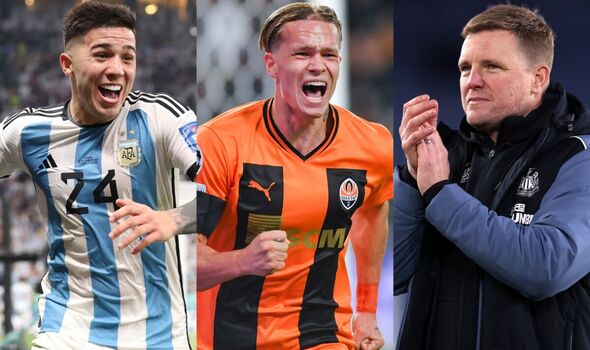 Mikel Arteta on the transfer window and strengthening the squad

With the January transfer window opening tomorrow, clubs are working hard to ensure that they have deals in place to strengthen their squads for the second-half of the campaign. Liverpool and Chelsea are the first to draw blood, signing Cody Gakpo and David Fatro Fofana respectively.

Given that Erik ten Hag was pushing to sign Gakpo, the higher powers at Manchester United will want to ensure that their manager does not come out of the transfer window feeling short-changed compared to his rivals. The Red Devils are in the market for a forward and midfielder, with Benfica’s Enzo Fernandez a top target.

The Argentina international showcased his potential at the Qatar World Cup earlier this month, catching the eye of Chelsea and Liverpool. With the Glazers looking to sell United, investment in the upcoming window is unlikely and therefore the recruitment team will need to be inventive if they are to land the 21-year-old – valued at £105million.

The Old Trafford outfit aren’t the only side in the market for a No 9 next month either, with several other ‘Big Six’ sides also looking for reinforcements in the final third, including league leaders Arsenal. And with already inflated transfer fees being touted, a monumental window could be on the horizon.

Newcastle were labelled as ‘title contenders’ by Manchester City boss Pep Guardiola earlier this week, and their recruitment is certainly set to match that tag.

According to Foot Mercato, the Magpies have submitted a ‘very big offer’ to Real Madrid in hope of signing left-back Ferland Mendy, who they are long-term admirers of. The 27-year-old has impressed with Los Blancos this season and the La Liga side are yet to decide whether they want to part ways with the France international.

Paris Saint-Germain and City are also interested in Mendy, which could spark an exciting January bidding war for his services.

With Manchester United currently up for sale, it is reportedly unlikely that Erik ten Hag will be granted a significant budget – which could put his side in danger of missing out on Enzo Fernandez. Benfica have pointed to the £104million release clause in his contract and are not willing to negotiate a fee below that.

However, the Red Devils could be tempted to try their luck with offering the Portuguese side some of their fringe stars as part of a deal to sign Fernandez. Ten Hag has made it no secret that his overhaul is far from complete and this could prove an ideal opportunity to offload those who are surplus to requirements.

Express Sport has taken a look at three players who could be used in the deal, including right-back Aaron Wan Bissaka. Read more HERE.