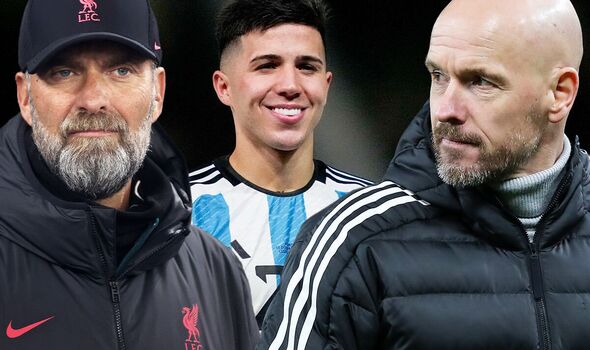 Expect all the leading Premier League giants to be immediately in the hunt when the January window comes flying open, with Liverpool and Manchester United already making all the right noises which suggest they are itching to buy.

This week, in his pre-match press conference before Liverpool face Aston Villa, Jurgen Klopp outlined that his side are well “prepared” and poised to get some early business tied up.

The German manager did however laugh off the suggestion of a mid-season deal for the in-demand Jude Bellingham, however latest reports have now suggested that Manchester City have renewed confidence in a deal due to a certain Pep Guardiola twist.

Over at Old Trafford it is full steam ahead in the plan for a brand new attacker, following the ugly departure of club legend Cristiano Ronaldo.

Erik ten Hag has publicly confirmed he is ready to replace the iconic 37-year-old, and now a decision has reportedly been made between which of the top targets – Cody Gakpo and Goncalo Ramos – will be specifically targeted to buy.

All teams are now bursting into life and getting ready with pen and chequebooks poised.

Follow all the action LIVE, with Express Sport below.

It’s claimed that Ten Hag is a huge fan of the 21-year-old, who impressed for Portugal at the World Cup and has since been earmarked as a potential addition by those in power at Old Trafford.

Ramos is said to have been lined up as an exciting candidate to replace Cristiano Ronaldo at United following the latter’s departure at the end of last month.

Hello and welcome to Express Sport’s live coverage of all the latest transfer news from the Premier League and elsewhere.

It may be Christmas tomorrow but club directors up and down the country will still be hard at work chasing deals ahead of the January window, which is finally set to open in just under a week’s time.

We’ll be on hand to keep you updated throughout the day, so grab a coffee and stay tuned…