Kane heaps praise on Antonio Conte for impact at Tottenham

Tottenham could line up a swap deal with Roma in an attempt to get their hands on the Italian club’s winger Nicolo Zaniolo this summer. Spurs sporting director Fabio Paratici will be in Milan this week and is repotedly set to meet his Roma counterpart Tiago Pinto to discuss a deal that could include Tanguy Ndombele moving in the opposite direction.

Tottenham have already made a whole host of signings this summer but are now said to be keen to land Zaniolo, who has won nine caps for Italy. And, according to Roma Giallorossa, Roma are interested in Ndombele. Jose Mourinho is desperate to bolster his midfield at the Stadio Olimpico and has turned his attentions to the France international, who he worked with during his ill-fated 17 month spell as manager in north London.

Roma want to sign Ndombele on an initial loan deal with an obligation to land him permanently, despite the fact the player’s valuation is said to scare them. But Paratici could be keen to change the dynamics of the transfer when he meets with Pinto.

Zaniolo has been attracting attention from Juventus and Manchester United, and Roma have already told the Old Lady they would need to fork out £42.5million to sign the ace. So Spurs could face a transfer battle in their efforts to get a deal over the line. 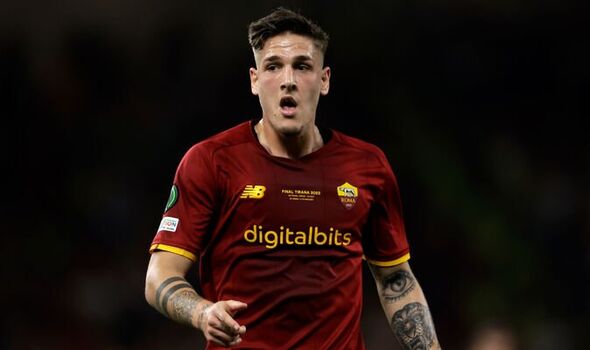 Tottenham could face another setback as Roma would currently prefer to sell Zaniolo in a straight cash deal. And the Lilywhites’ attempts to sign the 23-year-old could also be scuppered by the fact he wants to remain in Italy.

Zaniolo, who can also play in a central role, joined Roma from Inter in the summer of 2018 and has gone on to bag 22 goals and 15 assists in 111 games for his current employers. Last season, he scored five goals in the Europa Conference League and netted the only goal of the game in the final as Roma defeated Feyenoord to lift the trophy. 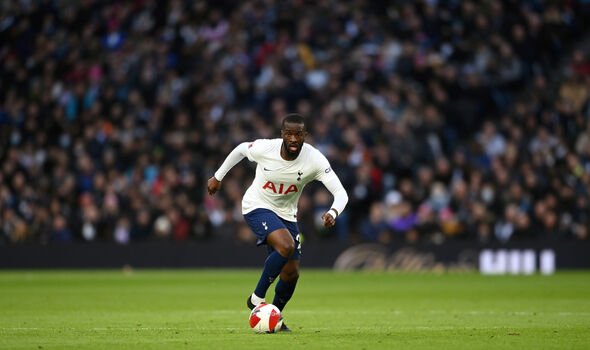 Ndombele, meanwhile, has cut a frustrated figure in England since joining Tottenham from Lyon for a club record £53.8m in 2019. The 25-year-old has struggled to hold down a regular starting place under any of his Spurs managers and was shipped back off to Lyon on loan during the second half of the last campaign.

He has three years remaining on his current Spurs contract and was previously offered to Lazio. So the France international could finally be set to call time on his career in the Premier League.