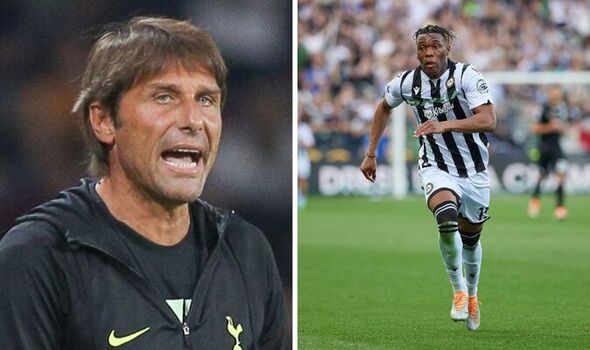 Tottenham have now reportedly reached ‘full agreement’ with Udinese for the signing of Destiny Udogie, although the left-back may have to wait to officially join Spurs. Tottenham have been one of the most active Premier League clubs in the summer transfer window with the likes of Richarlison, Yves Bissouma and Djed Spence all coming through the door.

Clement Lenglet has also joined on loan while Ivan Perisic and Fraser Forster were signed as free agents. But their spending is unlikely to end there with the full-back position on either flank clearly a problem area for Conte.

Matt Doherty, Sergio Reguilon and Emerson Royal all face uncertain futures at the club with the Spaniard set to leave. Tottenham have both Perisic and Sessegnon as options down the left hand side but Udogie has since emerged as another target down that side.

Reports emerged this week in Italy that Tottenham had made a breakthrough in talks with Udinese on a deal worth around £20million. And it’s now been claimed a ‘full agreement’ has been reached, according to Fabrizio Romano. 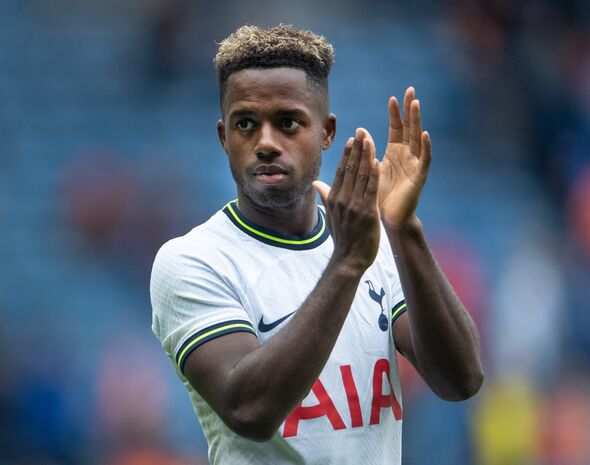 It is said agent fees, personal terms and a fee has now been agreed and the deal should ‘be completed next week’. That could make Udogie available for selection in time for Tottenham’s away trip to Chelsea next weekend.

But Romano adds that Udogie may well have to wait to fully join up with Tottenham as both Conte and Fabio Paratici want to loan him back to Udinese. For now, Conte has indicated that both Sessegnon and Perisic will be fighting for the starting spot on the left-side of defence.

And the former Inter Milan and Chelsea boss admitted today’s game against Southampton may come too early for Perisic on his battle back from injury.

“It’s normal after a serious injury to be struggling a bit to come back in the best physical condition,” Conte said. “Honestly, I’m surprised because he reduced his time to recover. We are really happy.

“At the same time we are not worried but we have to pay a bit of attention to give him the right time to adapt himself to recover 100 per cent after his injury. But, I know him very well and he is a very good addition for us. It will be really important for his experience for the younger players.

“Sessegnon is a player who plays in the same role. Ivan can teach him a lot of situations to improve Sess. But even for sure he is a really good addition for us for many aspects. Then we will see. We have another training session tomorrow. Play him or Sess.”