Tottenham are reportedly leading the race to sign Yannick Carrasco from Atletico Madrid in a potential late transfer swoop. Diego Simeone is keen to keep hold of the experienced Belgian international but a release clause could give Spurs the upper hand, so long as they are prepared to fork out for his services.

Carrasco would be an ideal fit for Antonio Conte given that he can feature at wing-back or in a more advanced wide role. Although often deployed from the bench by Simeone, he still managed 12 goal contributions in La Liga last season and he has appeared in all three of Atletico’s league matches so far this term.

The 28-year-old came off the bench during Monday night’s narrow win over Valencia and, according to various reports, it may have been his last outing for Los Colchoneros.

“Yannick Carrasco could be going to Tottenham,” said Reuters journalist Fernando Kallas. “There are several reports saying that Atletico are still afraid that they will lose Carrasco over the last 48 hours [of the transfer window].

JUST IN: Leeds ‘weighing up’ bid for Dan James replacement which could trigger two more transfers 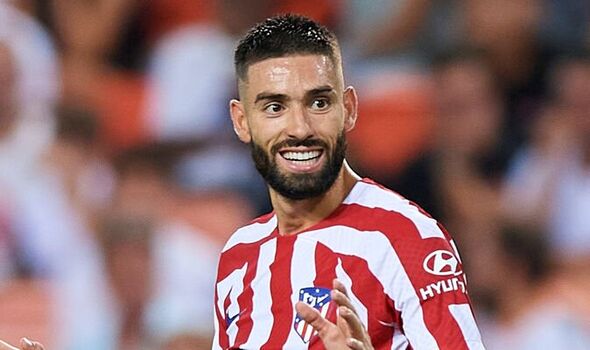 “He has a [£51.4m] release clause but it’s still very uncertain. He could be going to the Premier League for £51.4m.” Manchester United were linked to Carrasco earlier this month but, having sewn up a deal for Antony, Spurs effectively have a free run at the Belgian.

Shelling out his hefty release clause would raise some eyebrows, however, given that it would make him Tottenham’s second-most expensive signing of the summer behind Richarlison. Links to Old Trafford came with the considerably lower asking price of £25.5m, although it remains to be seen whether Atletico would be willing to accept that with so little time to find a replacement.

In case the move for Carrasco doesn’t work out, Spurs have also been linked to Leeds United wide man Dan James. The Whites are rumoured to be weighing up whether to reignite their interest in Ryan Kent which could pave the way for James’ exit on an initial season-long loan with an option to buy.

Conte welcoming a new winger could also open the door for Bryan Gil to join Valencia on loan after manager Gennaro Gattuso admitted that they are merely waiting for Spurs to sign a replacement before the move can go through. Tottenham continued their strong start to the season with a 2-0 win over Nottingham Forest on Sunday but the boss urged caution when it comes to considering them title contenders. 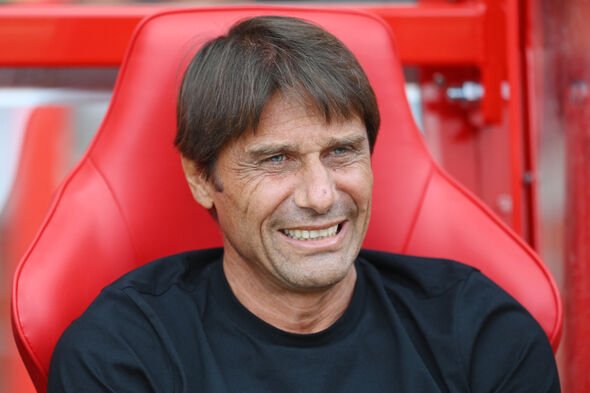 “If you compare to last season, we are more complete,” said Conte. “But to reach other teams at the top level we need time, patience and transfer markets, at least two transfer markets to reach the same level.

“With the new players, we started to work with them in only one month and a half. And I think at the end my choices were good because we got four good results in the first four games. Now when you have to go and play one game every three days, it’s normal to make rotation.”