When the Tottenham squad are asked to vote for their PFA Player of the Year, there will be one clear frontrunner for the accolade that springs to mind, given they cannot vote for Harry Kane: Manchester City’s Ruben Dias. His leadership, quality, security and organisation has taken Pep Guardiola’s side to the next level this season. He is the diamond in defence City have been missing.

Dias showcased just how good he really is in midweek as he turned in an inspirational, man of the match display against Paris Saint-Germain to help City book their place in the Champions League final.

He has been the difference this season for City, who started the campaign in turbulent form. Now they look virtually untouchable.

On the flip side, Tottenham had started so positively under Jose Mourinho but now they look a soft touch. They’re going nowhere.

And as Leeds cut through their defence earlier today at Elland Road, Spurs looked like a team who need their very own Dias. 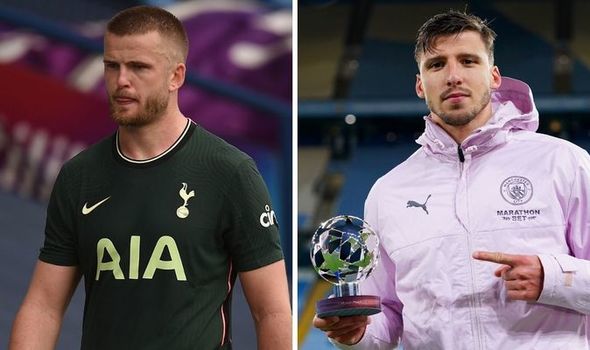 Yet the truth is, Daniel Levy knows he could have had one in the man himself.

Back in October last year, Fabrizio Romano revealed that Spurs had actually agreed on personal terms with the centre-back but the club decided not to pursue the deal.

He said on the Here We Go podcast: “He [Dias] was really close to joining Tottenham, but he was not the first choice. Mourinho had contact with him and had convinced him to come.

Mourinho may have failed Levy by the end of his tenure but Levy also failed Mourinho.

The newly-appointed Roma boss wanted Dias and Bruno Fernandes and asked Jorge Mendes to help him get both deals done.

But Tottenham were not prepared to go through with either deal when push came to shove.

Spurs are several players short of where they need to be but there is a stark contrast between their centre-back options and those of their fellow rivals.

Toby Alderweireld is on the decline while Eric Dier has one good game in five or six.

Once again, his performance raised eyebrows this afternoon against Leeds as he let several balls come across the face of the box.

Tottenham fans are really starting to lose patience with Dier, despite his love for the badge.

Davinson Sanchez has also failed to improve since arriving from Ajax and his unpredictability has become a hindrance for Spurs whenever he plays.

Jan Vertonghen may have been over the hill but it just goes to show that replacing a defender of his calibre is never a given. 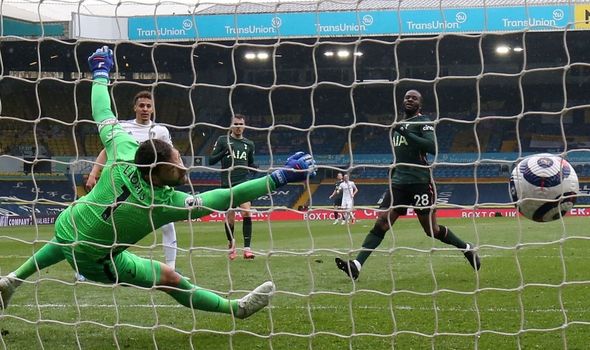 Spurs had the chance to do just that immediately with Dias, who would have been a game-changing acquisition for Tottenham.

Mourinho knew it too, as he documented the difference-maker Dias’ impact at City after they beat Spurs 3-0 in February.

“Ruben has an incredible influence on that improvement,” Mourinho said.

“I’m very pleased that a very good kid, very humble, very hard working, has arrived in the Premier League and makes the impact that he has made. I’m very, very pleased with that.” 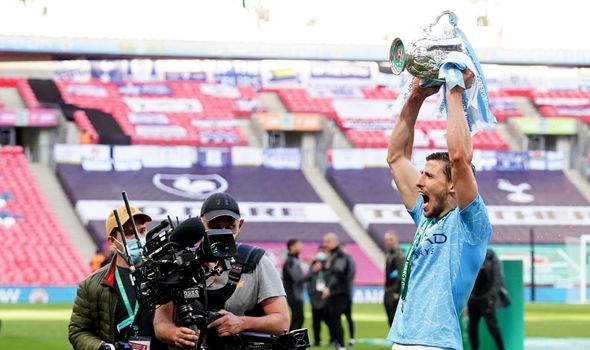 Mourinho may have been pleased but he must have wondered what might have been. Ultimately, he may now still have been in a job if Levy had completed the deal.

Spurs’ latest disaster at Leeds this afternoon must prompt an internal inquiry into why they let Dias slip through the net.

As shown with the case of Manchester United talisman Fernandes, it’s not the first time Levy has turned his nose up at a deal that has come back to haunt them.

Tottenham’s options at centre-back this season were simply not good enough for their aspirations. They cannot afford to make that mistake again.