Tottenham have reportedly joined the race to sign Sevilla centre-back Jules Kounde, as Antonio Conte looks to strengthen his back line even further for the season ahead. Chelsea and Paris Saint-Germain are thought to be leading the chase, but Tottenham could offer an alternative while letting some players who are deemed surplus to requirements go in the other direction.

Kounde has now picked up the interest of Tottenham this summer, according to The Mirror.

Tottenham have been extremely busy in the transfer market so far this summer, bringing in Richarlison and Yves Bissouma for a combined £90million, while adding Ivan Perisic and Fraser Forster on free transfers. They’ve also signed Clement Lenglet on loan from Barcelona, and a deal for Middlesbrough star Djed Spence is said to be ‘imminent’.

But one area they’re still looking to strengthen is the centre of their defence, as Conte looks to ease the strain on Ben Davies and Eric Dier with an exciting new talent. Kounde has seen a £76m price-tag slapped on him due to ongoing interest, but while Tottenham aren’t as keen to throw money around like PSG, they could offer players in return.

JUST IN: Man Utd to benefit from Chelsea’s Koulibaly transfer as ‘contact’ made 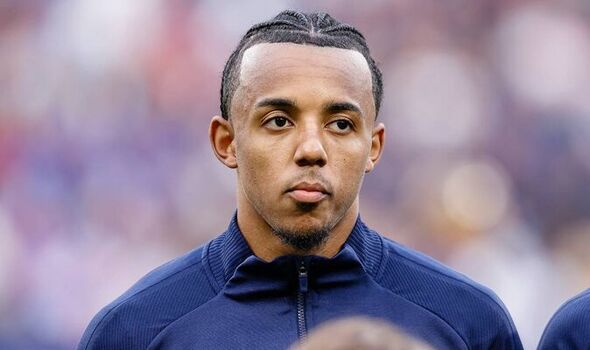 There are four notable omissions from Tottenham’s pre-season tour to Korea, with Conte looking to trim the squad and balance the books slightly ahead of the new season. But they could also use any funds raised to sign a new centre-back, or even drive the price down by offering players.

Giovani Lo Celso, Tanguy Ndombele, Sergio Reguilon and Harry Winks have all been left behind in London, with Conte making it clear who is in his plans for the season ahead. Lo Celso was ready to join Villarreal this summer after spending last season on loan with the Yellow Submarine, but a deal has stalled.

The Argentine midfielder is no stranger to Spain after also starring for Real Betis, so he could be of interest to Sevilla. As could Reguilon, who may have fallen out of favour under Conte, but he is still highly rated back in Spain. 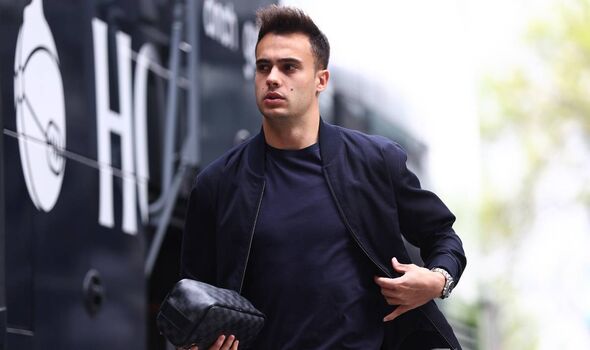 Reguilon has a buy-back clause with Real Madrid in his contract, but if Los Blancos snub the defender then Sevilla could use the cover. Ndombele is also a star ready to be sold by Conte, as the player never recovered from his dramatic scenes against Morecambe in the FA Cup, which saw him storm down the tunnel.

Conte’s system is known for being tireless and intense, but the Frenchman has been known to not pull his weight at times. There is still a great player in there, and a move to Sevilla could see him emulate Steven N’Zonzi who starred in La Liga.

Finally, Harry Winks is set to finally leave Tottenham after spending his whole career at the club, and a change of scene could do him good. Winks has been linked with a move to Everton, but he could become the latest Englishman to seek a career abroad.