Spurs fired Nuno after just four months on Monday morning following Saturday’s 3-0 defeat to Manchester United where the fans turned on him.

They moved quickly to find a successor, renewing interest in former Chelsea boss Conte, who was close to getting the job before Nuno in June.

The two parties were in advanced discussions on Monday, with the Italian believed to be in London ahead of a possible announcement.

A deal would see Conte, who has been out of work since leaving Inter Milan at the end of last season, return to the Premier League where he guided Chelsea to the title in 2016-17, adding an FA Cup the following season.

Conte, who delivered the Scudetto to Inter before departing, had previously been in advanced talks with Spurs about becoming Jose Mourinho’s successor in June, but they broke down after the two parties were at odds over key issues.

However, managing director Fabio Paratici is now in position at the Premier League club and has a strong relationship with the 52-year-old, having worked with him at Juventus.

And it looks like any differences will be overcome, with chairman Daniel Levy turning to the serial winner to turn Spurs back into a force in English football.

Nuno was relieved of his duties after Levy and Paratici met on Sunday to discuss his future, with the news delivered early on Monday morning.

The Portuguese was a condemned man following the loss to United at the weekend, where fans chanted ‘You don’t know what you’re doing’ and roundly booed him at full-time. 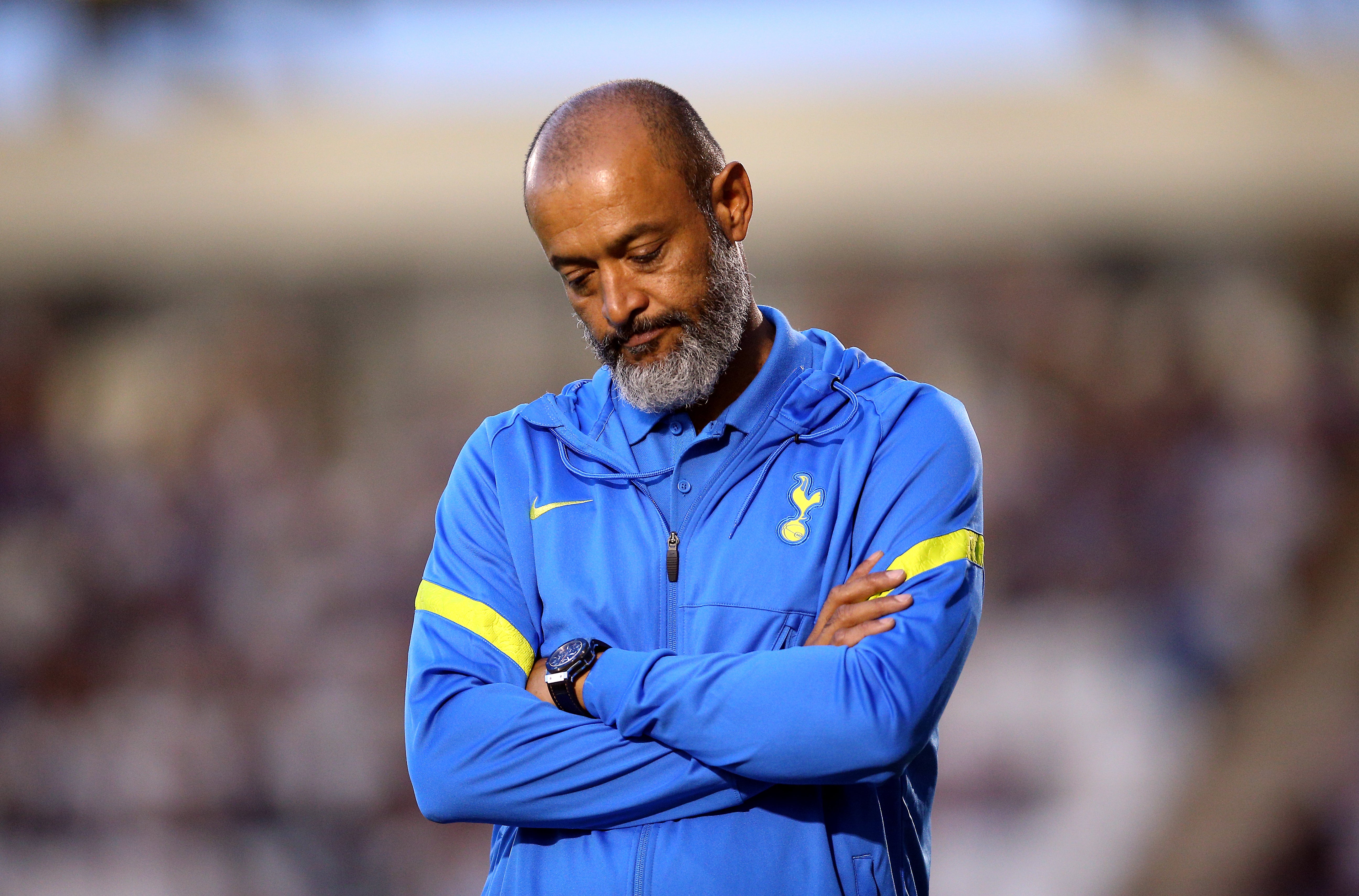 And a statement from Tottenham on Monday morning read: “The club can today announce that Nuno Espirito Santo and his coaching staff Ian Cathro, Rui Barbosa and Antonio Dias have been relieved of their duties.”

The former Wolves boss was previously discounted from the role by Levy for his pragmatic style of play, but after the likes of Julian Nagelsmann, Brendan Rogers, Erik Ten Hag, Mauricio Pochettino and Conte proved elusive, the chairman was eventually persuaded by Paratici to appoint Nuno.

It started well as, amid the backdrop of Harry Kane’s summer transfer saga, they won their first three Premier League games, including an opening day 1-0 victory over Manchester City which helped win Nuno August’s manager of the month.

However, they lost five of their next seven games and the style of play flew in the face of Levy’s demands for “free-flowing, attacking and entertaining football”.

The losses to West Ham and Manchester United in their last two Premier League matches have seen them go two hours and 16 minutes without having a shot on target.

Conte could be in charge for the Europa Conference League clash with Vitesse Arnhem on Thursday night, with a Premier League trip to Everton following on Sunday.