Arsenal and England star Bukayo Saka was forced off through injury in the first half of the Gunners’ clash with Nottingham Forest.

The news will worry England manager Gareth Southgate with just three weeks until the start of the World Cup in Qatar.

The in-form star appeared to be struggling early on in the game after falling awkwardly and subsequently received treatment for the complaint. 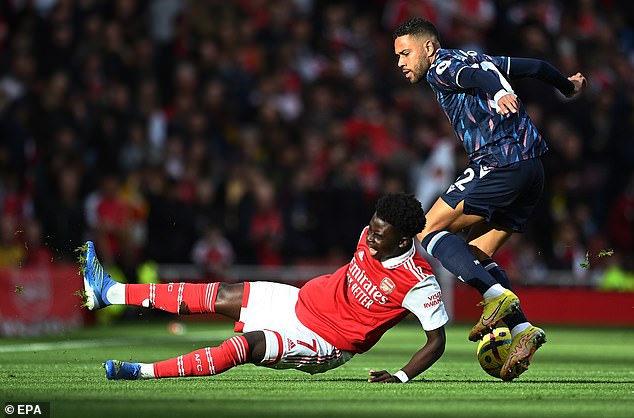 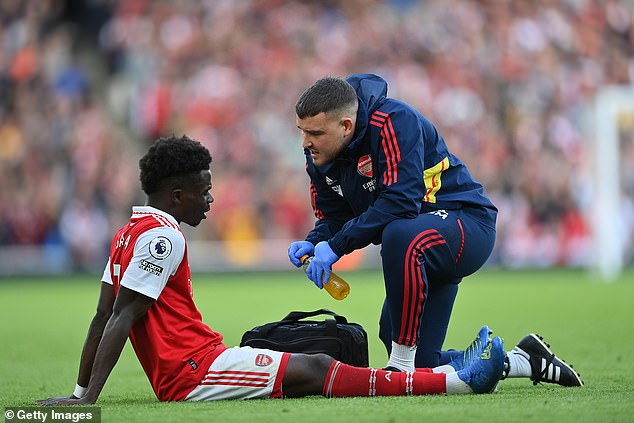 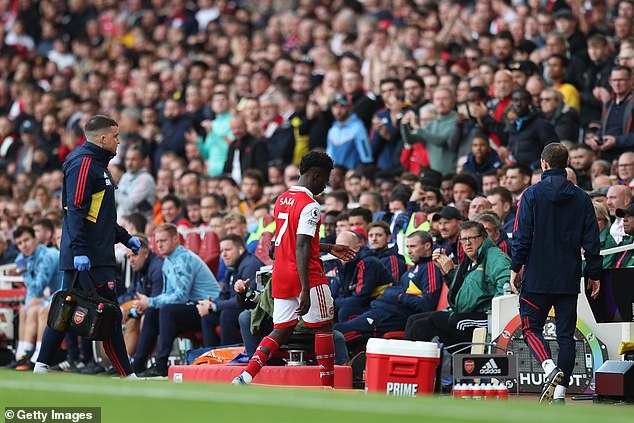 The news will worry England manager Gareth Southgate with just three weeks until the start of the World Cup in Qatar.

Fans have taken to social media to express their concern for the Arsenal star with many believing England’s hopes of success hinge on the 21-year-old being fit and ready for the showpiece tournament.

@Goonertalk added: ‘Praying that’s not serious for Saka. Our season, and England’s World Cup hopes, depend heavily on his fitness.’

@Matt5cott wrote: ‘I know this is the last of Arsenal fans’ worries but if that’s a medium-term injury to Bukayo, England’s right side is looking ravaged this World Cup.’

@ProfessorBottom tweeted: ‘This’ll probably come back to bite me but if Saka is ruled out of the World Cup then England are done.’

@BeardedBlue20 expressed his concern for England’s right flank writing: ‘The right side for England is done if Saka is injured for long…. no Reece no Saka – it’ll be Trent and Bowen.’

Both Arsenal and England will be sweating on the outcome of Saka’s injury given his excellent form this season.

Saka has netted five goals and five assists in 17 outings this season which has helped the Arsenal climb to the top of the Premier League and their Europa League group.