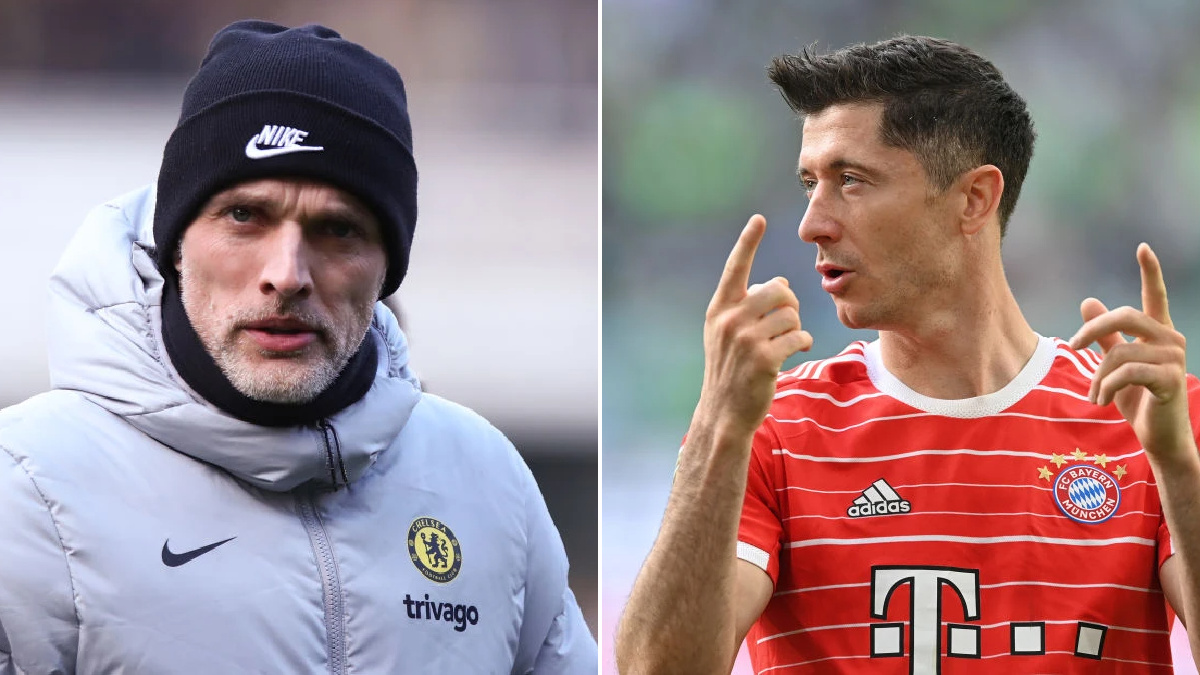 Thomas Tuchel would ‘love’ to bring Robert Lewandowski to Chelsea as current Blues striker Romelu Lukaku continues to be linked with a move away from Stamford Bridge.

Poland legend Lewandowski has confirmed he wants to end his eight-year association with Bayern Munich this summer.

The 33-year-old, who has scored a staggering 344 goals in 375 appearances for Bayern, has 12 months left on his current contract but says his ‘story is over’ at the Bundesliga champions.

‘One thing is certain today, my story with Bayern is over,’ he said earlier this week. ‘After everything that has happened in recent months, I cannot imagine further good co-operation. I realise a transfer will be the best solution for both sides.’

Lewandowski has been heavily linked with a move to Barcelona but Chelsea boss Tuchel would relish the chance to bring him to west London, according to The Guardian.

Tuchel wants to bolster his attacking options at Chelsea after seeing Manchester City and Liverpool pull clear of his side in the Premier League this season.

Lukaku endured a difficult campaign on and off the pitch and is reportedly keen to return to Inter Milan, with his lawyer set to hold talks with the Italian club on Tuesday.

Former Chelsea striker Tony Cascarino believes Lewandowski could be the perfect replacement for Lukaku and says he would ‘guarantee’ goals at Stamford Bridge.

‘It’s a tough one, what do you do with him? How many clubs in Europe can afford to pay his wages and pay a fee that would get him out the door?

‘It’s going to come down to Tuchel. Sometimes managers just don’t fancy you, you’re not their cup of tea, and it looks that way. It doesn’t look like a good fit with Lukaku and Tuchel at Chelsea.

‘If he’s given the option of getting Lewandowski, you’re going to go for it. OK, he’s 32, but Chelsea signed Thiago Silva and he’s been a brilliant signing for the club.

‘If they could get that one over the line, Chelsea missed goals in the centre-forward position all season, and it’s cost them so dearly. They’ve come third and they are FIFA Club World Cup champions, but they could have done with an ultimate goalscorer and he’s one of them.

‘You’d take Lewandowski every day of the week, he’s guaranteed goals and his wages would be small change for Chelsea.’