Tuchel’s side registered a fourth-straight league win to extend their lead at the top as Liverpool were held by Brighton and Manchester City slipped to a shock home defeat to Crystal Palace.

Chelsea moved three points clear of Liverpool and five ahead of City after Reece James’ thumping second-half double and Jorginho’s late penalty stretched their unbeaten league run on the road this season to five matches.

Tuchel said: “There has never been a moment where we celebrate results on the other pitches.

“First of all, it’s far too early and second of all we want to focus on ourselves instead of others. What goes around comes around, we don’t do this.

“There’s a long way to go. I’m absolutely happy today with our performance off the ball. This was the key for me from the first minute to the last, the effort and discipline.”

James broke the deadlock in the 65th minute when he lashed the ball home from a tight angle and then he slammed in a rebound after substitute Callum Hudson-Odoi’s shot was blocked by Ciaran Clark. 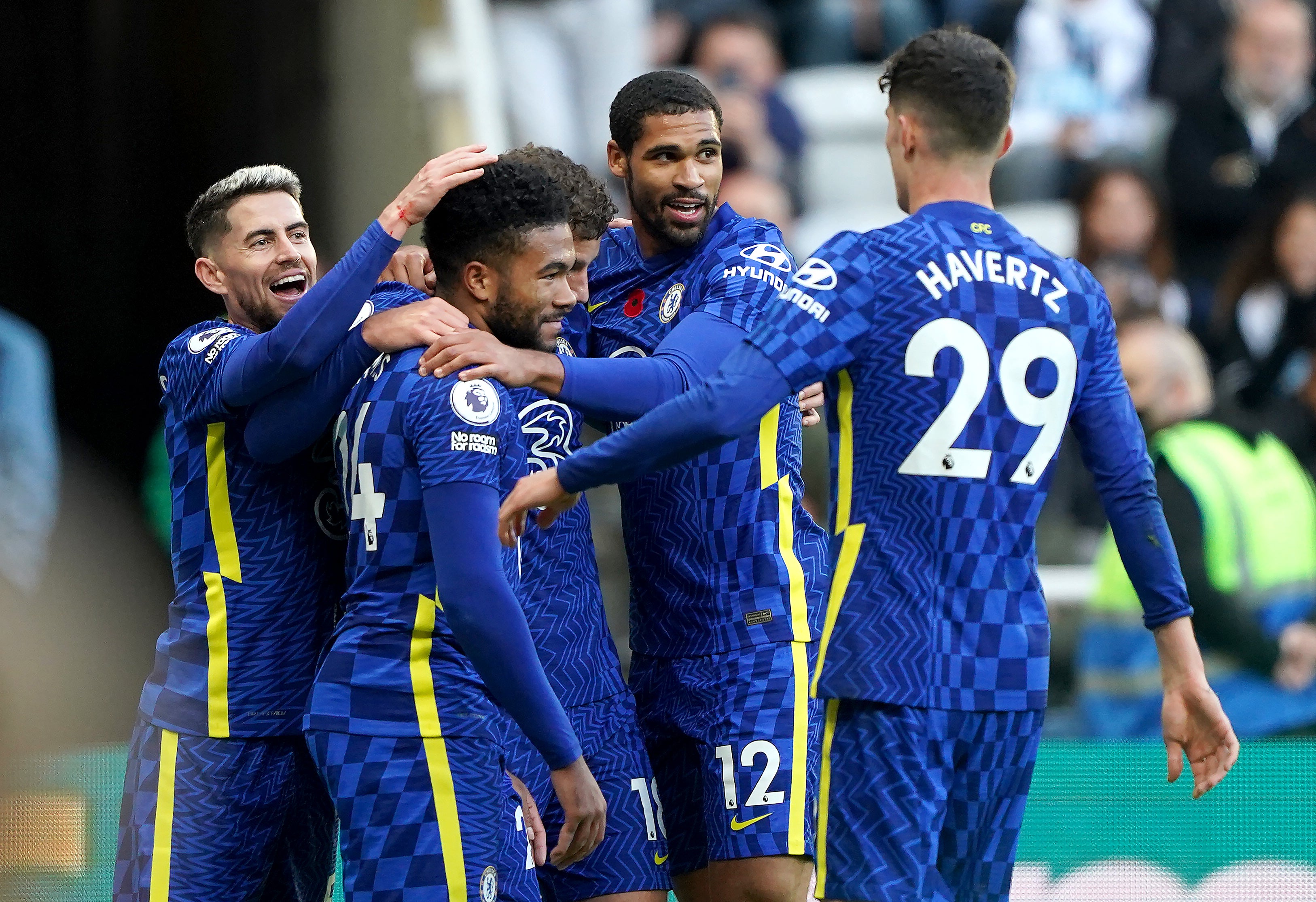 “Our strikers are sometimes sacrificing to create chances and spaces for the others.

“We certainly don’t need to exercise shooting because Reece shoots like a horse.”

It was not the way Newcastle interim boss Graeme Jones wanted to hand over the reins, with the club expected to appoint a permanent replacement for Steve Bruce before next week’s trip to Brighton.

Jones’ remit from the club’s new owners following Bruce’s departure had been to take charge for two matches and he said he did not know what would happen next.

“I really don’t know,” he said. “I’ve done the games, spoke to the players after the game and came straight to the press conference.

“I haven’t spoken to the owners again. We’ll see what they have to say tonight or tomorrow.”

Newcastle equalled their longest winless run at the beginning of a top-flight season of 10 games, which was set in 1898 and 2018.

“We are in a relegation battle, there’s no question about that and we need to face it like men,” added Jones, who said the team was good enough to stay up.

“But the truth is, I think it needs a fresh face.

“The fans were incredible today. They stuck with the team in difficult moments.”