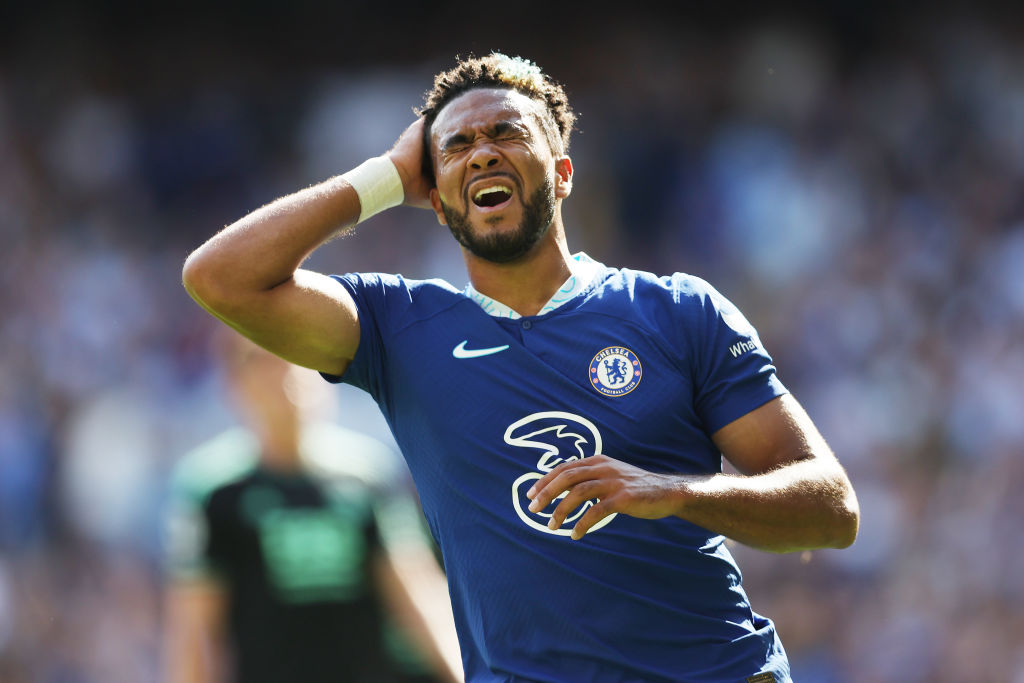 Thomas Tuchel has allayed fears over Reece James’ absence for Chelsea against Southampton and says the defender is ill and has been left out of the squad as a precaution.

James had not been spotted in training prior to the trip to St Mary’s and was absent when the squad got off the team bus ahead of kick-off in Tuesday evening’s Premier League clash.

But the 22-year-old’s issue is only minor and Tuchel did not want to risk him against Southampton, particularly with a London derby against West Ham coming up on Saturday before the Champions League gets underway a few days later.

Speaking to BT Sport ahead of the match, Tuchel said of James’ absence: ‘He trained bad! No, no, it’s not true. He’s sick unfortunately and could not travel.’

On Trevoh Chalobah’s absence, he continued: ‘And Trevoh Chalobah is injured, a problem from the match [vs Leicester] so with N’Golo Kante and some other players [missing] it’s a tight squad.’

Speaking about the threadbare nature of his squad at present, Tuchel added: ‘I love the players, I love to work with them, but still if you see our upcoming schedule, if you see the game today, and you see the bench, it’s a bit worrying in terms that we have, unfortunately, already a lot of key players out and not available.

‘A team on our kind of level and a team on that level of competitions and desire to win all the time needs confidence in the squad, needs everyone available to push each other to the very limit.

‘We struggled in the very beginning of the season, unfortunately, and hope to turn things around quickly.’

The England international’s absence removes something of a selection headache for the German coach, who has stuck with a back four and restored skipper Cesar Azpilicueta to the back-line.

After starting the opening match of the season away to Everton, the veteran Spaniard had to settle for the role of impact sub in Chelsea’s following three matches – and was particularly impressive in Saturday’s win over Leicester when the side were reduced to 10 men.

‘At the moment, it is one of the toughest decisions because he trains so well and is in such good shape and status mentally,’ said Tuchel when asked about Azpilicueta at his pre-match press conference.

‘He is pushing everybody and is fully committed – it’s what you want on the field. But if we play 4-4-2, it’s between him or Reece James.

‘It’s a luxury problem we have, but when we changed to a back five [against Leicester], we had the chance to have both of them on the pitch. Without tough decisions, we will get nowhere.’

Elsewhere, Kalidou Koulibaly comes back into the back-line after serving his suspension, while Ruben Loftus-Cheek partners Jorginho in midfield with N’Golo Kante injured and Conor Gallagher serving his own ban after getting sent off for two bookable offences against Leicester.