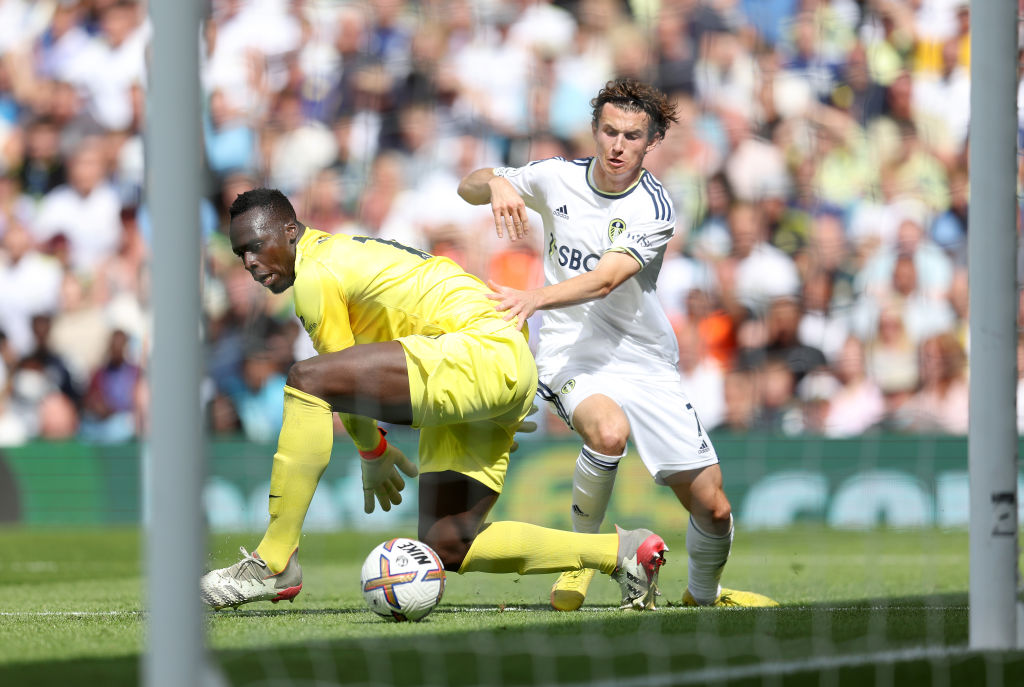 Thomas Tuchel has defended Edouard Mendy after the goalkeeper’s embarrassing error in Chelsea’s 3-0 defeat at Leeds United on Sunday.

None of Chelsea’s players could really hold their head high after the game, not least summer signing Kalidou Koulibaly who was sent off late on for a needless foul.

But the spotlight has been firmly placed on Mendy, who gifted the opener to Aaronsen after attempting to play out from the back and getting disposed by the Leeds attacker.

Prior to the goal, Jesse Marsch’s side had continuously pressed Chelsea’s backline and the warning signs were there for Mendy that he couldn’t dally on the ball.

Speaking in his post-match interview, Tuchel acknowledged how pivotal his keeper’s mistake was to the outcome of the match but did not feel it was right to publicly or privately criticise the 30-year-old.

‘Everybody in the world sees the mistake, it’s a huge mistake in a crucial time of the match,’ the German head coach said.