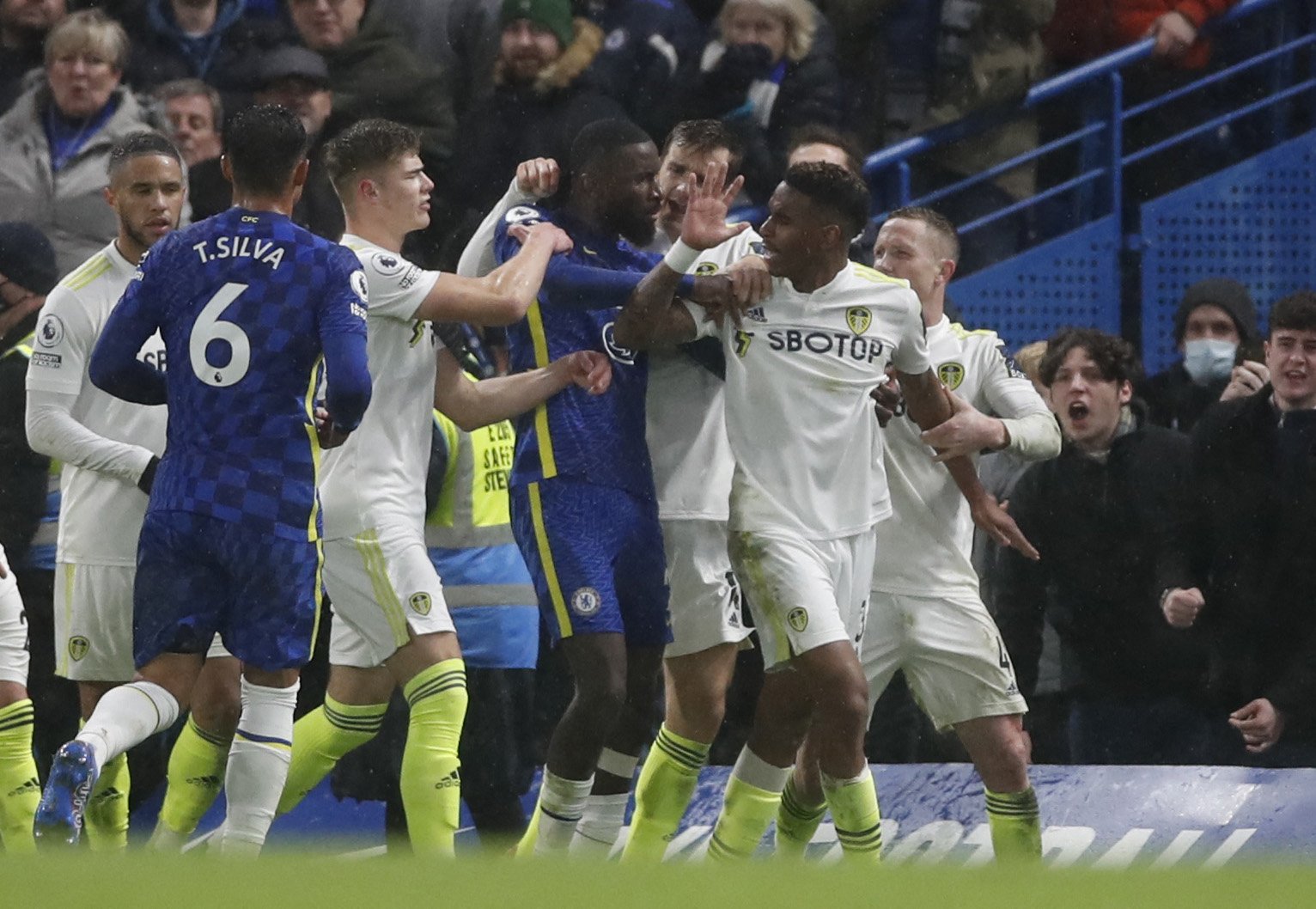 Thomas Tuchel and Marcelo Bielsa played down the severity of the bust-up between Chelsea and Leeds United players at Stamford Bridge.

Leeds appeared on course to secure a late point as Joe Gelhardt scored with seven minutes remaining to make it 2-2.

But Jorginho converted his second penalty of the game in injury time to snatch a 3-2 victory for Chelsea, who remain third in the Premier League after both Liverpool and Manchester City also won on Saturday.

After the game, both sets of players involved in a huge confrontation, with Antonio Rudiger clashing with Junior Firpo and Diego Llorente.

‘I did not see in detail what was going on. I can understand the frustration because we all have been in this kind of situation when you think you have a point or have equalised and then it slips away even later and you get angry and frustrated,’ Tuchel said when asked about the incident.

‘We all know this because it is a team of athletes and a team of people who sacrifice to win and hate to lose like we do and it gets heated up.

‘I hope there were no bad things. If you have Toni, you have Toni. You cannot have Toni being the emotional leader and aggressive leader on the pitch and then suddenly not be involved if there are some teammates to protect or involved in an argument.

‘It is 100 per cent Toni and hopefully how I observed it there was no harm done and in a frame that you can accept. I hope so because I didn’t see it in an intense game like this.’

Bielsa also played down the magnitude of the clash between the two sets of players.

‘In a game with emotions that were so high, you have liberating passions,’ said the Leeds manager.

‘We don’t hope for these things to happen. It was within the margin of what was tolerable. All of us will have hoped it didn’t happen. We play in grave limits.’